A major multibillion-dollar Auckland roading project has been “rebalanced” to slash projected carbon emissions and divert funds into active transport.

It was costed originally at $1.4 billion, but was understood to have increased substantially under the latest cost estimates.

Construction was expected to start in 2022 and be completed by 2028, the biggest project in the $12b NZ Upgrade Programme.

In changes announced today, Transport Minister Michael Wood said in light of the increased costs and climate commitments, it was important to take another look at the programme.

“Recognising the need to decarbonise our transport system, we’re rebalancing the package to increase investment in rail, public transport and walking and cycling.

“If we had proceeded with Mill Road as originally scoped, it would have cost up to $3.5 billion and at peak produced six tonnes of CO2 emissions a day.

Over two-thirds of the projects in the programme will proceed as announced, despite increased costs due to Covid-19, with modifications being made to others.

“Covid-19 has increased construction costs around the world, and we’ve done the work upfront to understand the impact on NZUP projects which were announced pre-pandemic.

“Fully funding the new estimated costs for every project would have cost up to $6 billion extra on top of the original $6.8 billion, so instead we’ve taken a balanced approach with a mix of additional investment and a handful of projects being re-scoped while also keeping a lid on debt.

“We are using an additional $1.9 billion set aside in the multi-year capital allowance to support our targeted investments – this is being used so we can keep delivering projects and creating jobs across the country to support our recovery.”

Woods said the Marsden Point rail spur would be a strategic investment in Northland’s future prosperity, getting heavy trucks off the road to make the highway safer, and reduce emissions.

“We know safety on SH1 is a concern for locals, so there will be targeted safety upgrades, including median barriers, along the route.

“Meeting our commitment to decarbonising transport means that we have to start doing things differently.

“This re-balanced NZUP package shows our intent, and to guide future investment I intend to amend the Government Policy Statement on land transport to provide Waka Kotahi with the clarity it needs to make investments consistent with our country’s decarbonisation goals.” 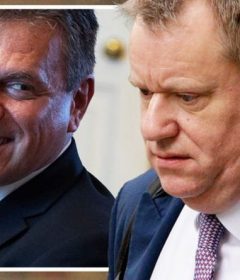 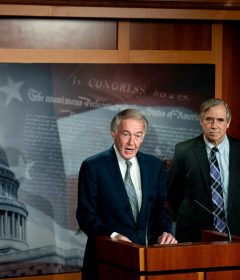