Thousands of swimmers to take part amid coronavirus restrictions in world’s only inter-continental open water contest. 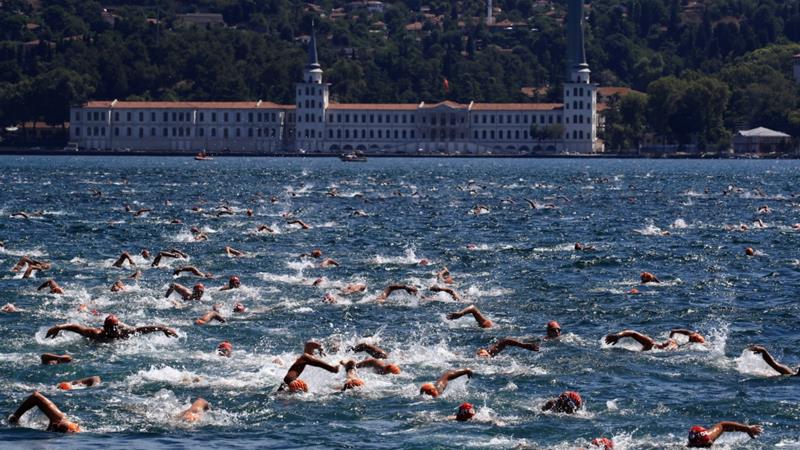 More than 2,000 swimmers from 46 different countries are set to dip into Turkey’s iconic Bosphorus strait, competing in a unique race between Asia and Europe.

The Bosphorus Cross-Continental Swimming Race, being held in Istanbul on Sunday, is an annual open water event and is the only official swimming competition in the world to cross between two continents.

This year, the 32nd edition of the race will be held without any spectators because of the coronavirus pandemic, which has infected more than 255,000 people in Turkey and killed at least 6,080.

The international event, organised by the Turkish Olympic Committee (TOC), was originally scheduled to take place in July but was pushed back by more than a month amid the ongoing global health crisis.

“Like many other sporting events in Turkey and around the world, the Bosphorus Cross-Continental Swimming Race has been impacted by COVID-19,” Nihat Usta, the organising committee president and TOC vice president, told Al Jazeera.

“The race, usually held in July, had to be postponed to August 23. This extended period of time, combined with the improving situation in Turkey, has allowed us to implement measures aimed at protecting swimmers and event staff at this year’s race,” he said. 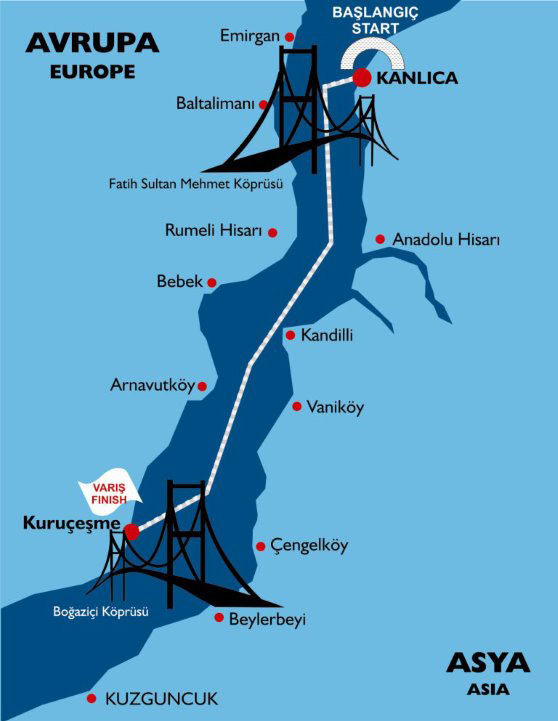 All participants will have their temperatures checked upon entrance and the staff as well as volunteers will be required to wear masks, gloves and face shields.

There will be no changing rooms or food and beverage stands, but drinking water will be provided to all the swimmers.

Physical distancing measures will be in place during the medal ceremony and race certificates will be awarded online.

“All processes from the start to the end of the event will be organised in a manner that allows for minimum physical contact,” TOC said on its website.

Being held since 1989, the race begins from the Kanlica neighbourhood on the Asian side of Istanbul and finishes at Kurucesme Cemil Topuzlu Park on the European side, spanning a distance of 6.5km (4 miles).

Fans will be able to follow the action on TV and social media platforms.

Despite the pandemic, the race is expected to see a strong international presence, especially from Russia and Ukraine among the 1,200 foreign swimmers’ quota.

Last year, some 2,400 people from 59 countries took part in the race, won by Turkish swimmers in both the men’s and women’s categories. 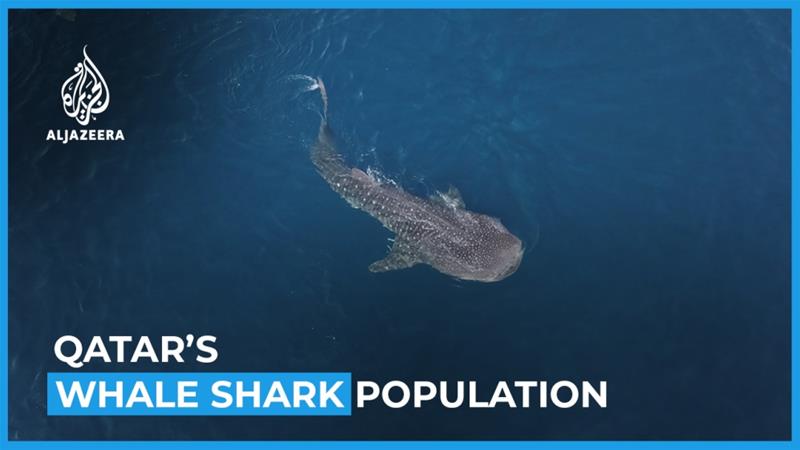