After the group was chased out of Yazidi areas in 2015, little has been done to heal the wounds of the minority group. 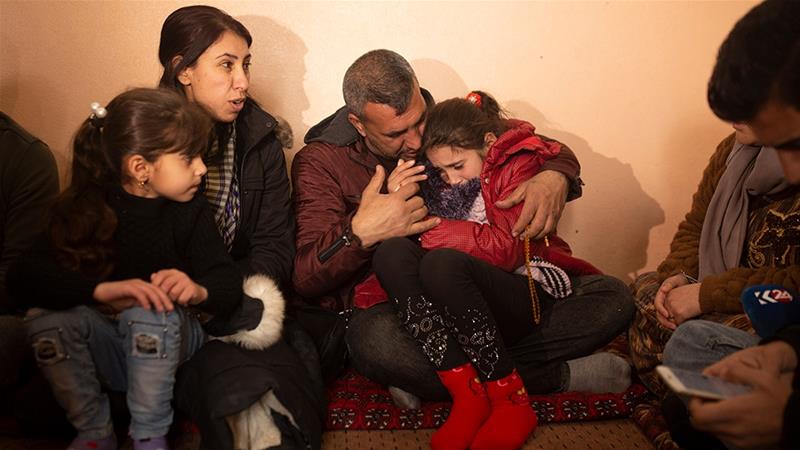 A couple of hundred people gathered in Iraq’s Sinjar to remember the ISIL (ISIS) massacre and enslavement of the Yazidi people in August of 2014.

During the ceremony on Tuesday, the audience watched a play and listened to the testimonies of the survivors.

“It has been six years that we repeat this play and this ceremony but in vain. If it had led to anything then at least my brothers, my father and my uncle would be with us. We don’t know anything about them. We don’t know if they are alive or dead,” said Badriya Faisal, a survivor.

The Yazidis are an ethnoreligious minority numbering approximately 550,000 in their heartland of northwest Iraq before ISIL swept through the rugged region in 2014. Their belief combines elements of several ancient Middle Eastern religions.

ISIL, which considers the Yazidis heretics, slaughtered thousands of Yazidi men and abducted women and girls. Yazidi children were forcibly converted to Islam, taught Arabic and banned from speaking their native Kurdish. 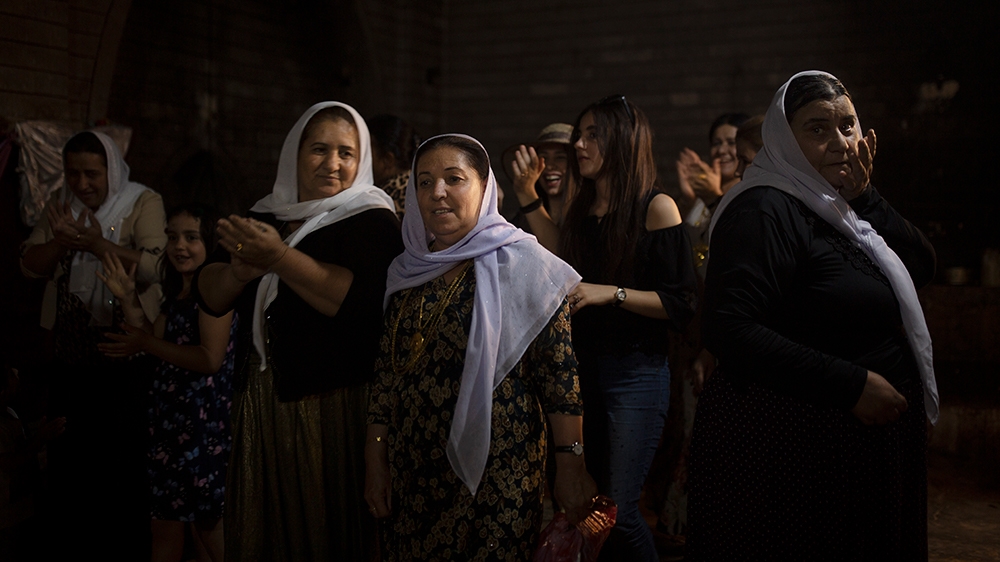 After the ISIL fighters were chased out of Yazidi areas in 2015 by the Iraqi army and the US-led military coalition, little has been done to heal the wounds or secure the minority group against a possible resurgence.

Hundreds remain missing and dozens of mass graves – more than 70 – have not yet been exhumed.

“Our mass graves are still as they were. They haven’t been opened, and there are still people in the hands of ISIL and they have not been liberated, even after six years,” said Nishtiman Khalaf, an activist.

Many children who were raised under ISIL and indoctrinated in the group’s ideology are believed to still be  living in camps in Syria.

More than 400,000 Yazidis are living in displacement while control and administration of the Sinjar region remain disputed between the Iraqi politicians.

According to Hussein Qaidi, head of the Office for Yazidi Abductees Affairs, more than 6,400 Yazidi men, women, and children were kidnapped when ISIL took control of the city of Mosul in June 2014.

Nearly 3,500 people were rescued but 2,800 others are still in captivity, said the group.

Sinjar, in Iraq’s northwestern Nineveh province and near the border with Syria, remains largely empty.

The ISIL fighters destroyed villages and religious sites, lined men up and shot them before kidnapping thousands of women and children and trading them in modern day chattel slavery.

“I don’t believe there will be a reconciliation without justice because those who committed the crimes were people from the area specifically,” said a Yazidi man at the commemoration.

The United Nations has called the attacks an act of genocide against the minority group. 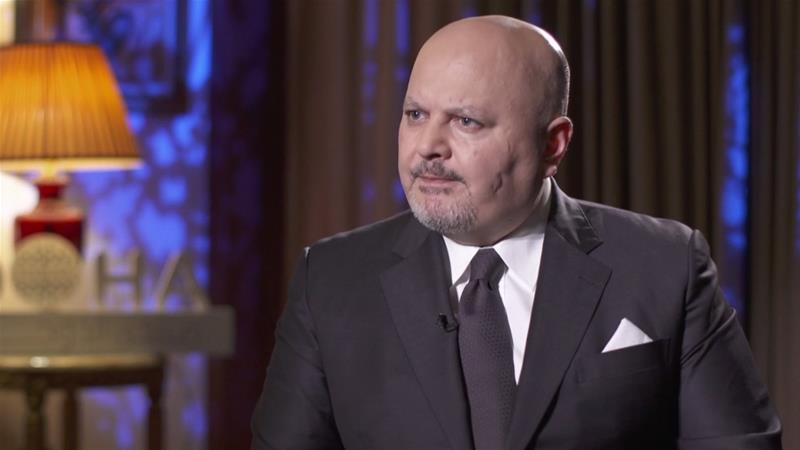 UN Special Adviser: ISIL spared ‘nobody’ in its crimes