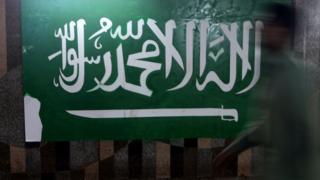 Saudi Arabia has said that it executed 37 of its citizens on Tuesday on charges of terrorism.

One of the men was crucified after his execution, according to a statement by the official Saudi Press Agency (SPA).

The statement added that the men were charged with “adopting terrorist extremist ideology, forming terrorist cells” and harming the “peace and security of society”.

In Tuesday’s executions, those accused had allegedly attacked security headquarters, killing a number of officers, the SPA statement said.

The punishments were carried out in several locations including the Saudi capital, Riyadh, Mecca and Medina.

Executions are usually carried out by beheading. Crucifixion following an execution is reserved for crimes seen by the authorities as even more serious.

In 2018, a man was executed and crucified after he was accused of stabbing a woman to death. He was also accused of attempted murder of another man along with attempting to rape a woman, Bloomberg reported.

The Saudi government does not release official statistics on the number of executions it carries out, but state media does report frequently on executions.

On Sunday, Saudi Arabia claimed it foiled an attack that targeted a security bureau in al-Zulfi, north of Riyadh.

The four attackers were killed, according to the State Security Presidency’s official spokesman.

Huge rally as Iraqis demand US troops pull out