Family of Ahmad Oweidi al-Abbadi, 75, calls for his release following his arrest last week in the capital, Amman. 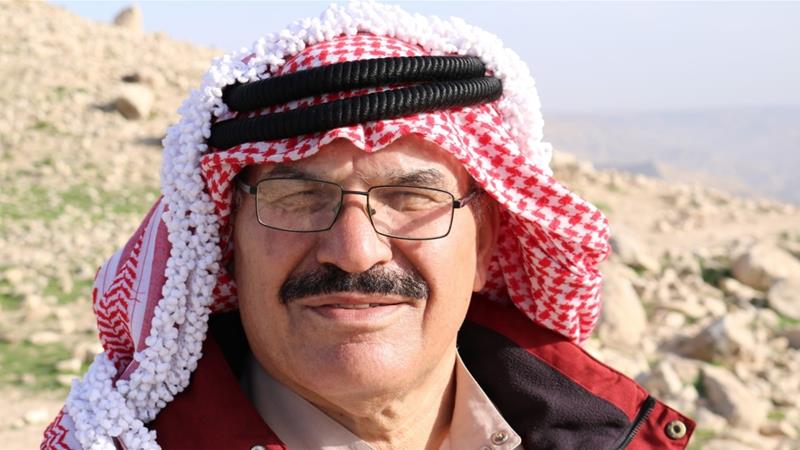 Authorities in Jordan have arrested a former member of parliament and royal critic on various charges, including “assaulting the king and the queen”, according to his family and lawyer.

Relatives said Ahmad Oweidi al-Abbadi, 75, was arrested on June 2 by the General Intelligence Department (GID), or Mukhabarat, while he was on his way to visit friends in the capital, Amman.

The state prosecutor filed a criminal complaint against him on Wednesday that included charges of “attempting to undermine the regime” and “violating electronic law”, his family and lawyer told Al Jazeera.

No other details were immediately available.

Al-Abbadi has frequently appeared in online videos, along with other activists abroad, demanding the government to fight corruption and hold officials accountable.

It remains unclear when al-Abbadi will face trial which, his family said, will take place at the State Security Court, a military tribunal.

In comments made to Al Jazeera, al-Abbadi’s lawyer, Omar al-Alwan, rejected the charges against his client as “fabrications”.

A longtime royal critic, al-Abbadi is the founder of the Jordan National Movement, an opposition group that mainly criticises what it describes as corruption in the royal family. In 2007, al-Abbadi was sentenced to two years in jail over emails a court ruled promoted “false news” and that were “harmful to the state”. He pleaded not guilty.

The former army colonel and right-wing politician last served as a member of parliament between 1997 and 2001. He is seen as a controversial figure in Jordan who has long spoken against the presence of Palestinians in the country and questioned their citizenship. In the past, he has also directed his criticism towards Jordan’s queen, because of her Palestinian origins, and questioned the legitimacy of the royal family.

In a 2019 report, Human Rights Watch said the Jordanian government had “detained over 30 political and anti-corruption activists and filed charges against some that violated the right to free expression. Most of those detained were linked to a loose coalition of political activists across the country known as the hirak (movement).”

“The charges filed against activists ranged from insulting the king (‘lengthening the tongue against the king’) to ‘undermining the political regime’ and ‘online slander’,” the HRW said.

In April, authorities arrested top executives at popular TV channel Roya for airing reports of people complaining about their economic hardship during the coronavirus lockdown. Former parliamentarian and government critic Salim al-Batayneh was among several others arrested during the same period.

In a statement issued on June 3, al-Abbadi’s family called for his immediate release and decried the arrest as “illegal” and called it a “kidnapping”.

His son, Nomayy al-Abbadi, told Al Jazeera from Germany, where he works as a doctor, that his father suffers from chronic heart disease and diabetes and called on international human rights groups to pressure the government to release him.

Calls made to the government’s spokesperson for comment went unanswered.

Hussam Abdallat, a political activist and opposition figure living in London, described al-Abbadi as a “well-known personality in Jordan” who “carries certain symbolism within the country”.

“His arrest is intended as a deterrent move against other activists and scare other Jordanians from taking to the streets in protest” against the government’s “economic failure” in the aftermath of the coronavirus lockdown and the failure to end “endemic corruption” within the political system, he said.