BAGHDAD — Iraq’s leader has been under intense pressure to rein in the dozens of paramilitary groups that are nominally under the command of the Iraqi government but have proved seemingly impossible for him to control.

That was made abundantly clear this week, when Prime Minister Mustafa al-Kadhimi ordered a move against one militia leader and quickly paid a price.

After government forces arrested a paramilitary commander on Wednesday, Iraqi militias backed by Iran mounted a show of force in and around the heavily guarded Green Zone in Baghdad, in a confrontation that goes to the heart of who controls security in Iraq.

Curbing the Iranian-backed militias that emerged in 2014 to fight the Islamic State — and have now become an entrenched part of Iraq’s security — was one of Mr. Kadhimi’s key promises when he took power last May. Bringing to justice those who kidnap and kill government protesters was another pledge.

A year later, he is seen as having failed to deliver on either of them.

The catalyst for the latest confrontation was an interior ministry arrest warrant in the killing of two young Iraqi activists shot in the Shiite holy city of Karbala. One was shot dead on May 9 by gunmen on motorcycles using silencers. He had survived a previous attempt on his life that killed a fellow activist, Fahem al-Tai, in Karbala last December. 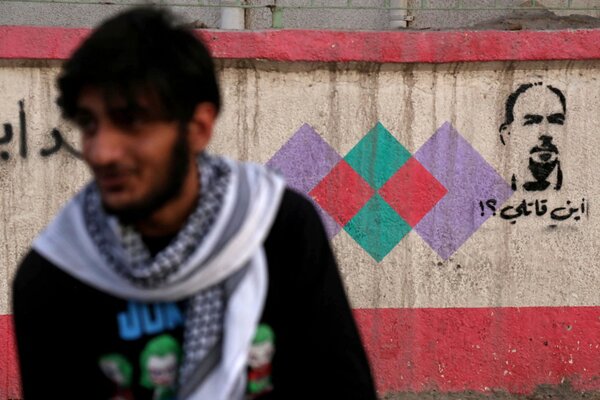 The arrest warrant, issued six days ago, accused a militia leader, Qasim Muslih, of crimes under Iraq’s sweeping antiterrorism law. An Iraqi security official and a prime ministry official confirmed that Mr. Muslih, who is from Karbala, was accused of ordering the activists’ killings.

The largely grass roots and secular protests that first swept Baghdad and the overwhelmingly Shiite southern provinces two years ago have posed an existential threat to Iran-backed militia groups that have been a main target of the demonstrators’ rage and their calls to reduce Iranian interference in Iraq.

Before dawn on Wednesday, Iraqi interior ministry forces stopped a convoy of Mr. Muslih’s al-Tawaf Brigade on the outskirts of Baghdad and arrested him.

One of the main Iran-backed militias, the Hezbollah Brigades, called the arrest a kidnapping and said it would not be tolerated.

Within hours, militia fighters responded by taking over one of the entrances to the heavily guarded Green Zone, where the United States Embassy and many Iraqi government officials are based.

Iraqi special forces who normally control the entrances appeared to have withdrawn, and militia members waving rifles and rocket-propelled grenades surrounded some government buildings in the Green Zone, including a residence believed to be used by the prime minister.

On the main highway to Baghdad from Anbar Province on Wednesday evening, an Iraqi Army commander briefly blocked all traffic leading to the capitol. As army Humvees moved into place, he told motorists they were trying to prevent militias from sending in reinforcements.

The militia fighters in the Green Zone stepped back after Mr. Muslih was reportedly handed over by the Iraqi government to the Popular Mobilization Forces, the militia umbrella group known as the P.M.F.

The handover was described by an official in Iraq’s national security agency, who declined to be identified because he was not authorized to speak publicly. Several P.M.F. officials also said Mr. Muslih was now back with them. As of Thursday night, however, the prime minister’s office still maintained he was in government custody.

Mr. Kadhimi, who has been holding crisis meetings with security leaders, described the show of force by the militia groups as “a serious violation of the Iraqi Constitution.”

The prime minister, who was once Iraq’s intelligence chief, is widely believed to want a second term as prime minister, and a handover of Mr. Muslih to the militia would be seen as a serious retreat for him.

“I think that show of force worked,” said Toby Dodge, a professor at the London School of Economics and the author of “Inventing Iraq.” “It was meant as a direct challenge to the regular forces of law and order and an argument to say ‘we have impunity.’”

Mr. Dodge said Mr. Kadhimi, a compromise candidate between political blocs after the previous prime minister resigned after protests had broken out, had proven unable to fulfill his pledges of bringing armed groups under the rule of law.

A previous attempt by Mr. Kadhimi to arrest militia fighters and commanders blamed for rocket attacks against U.S. installations also had little effect. Most of the dozen people arrested last June were released after militia protests.

Mr. Muslih is the commander of an approximately 2,000-strong force based near the Iraqi-Syrian border and is the head of the P.M.F. operations command in western Anbar Province.

The P.M.F. is made up of dozens of paramilitary groups that emerged to fight ISIS and were later made part of Iraq’s official security forces, paid by government funds and nominally under the command of the prime minister’s office.

Some of these groups are believed to be responsible for continuing attacks on the U.S. Embassy and American forces, as well as the targeted killings of activists, done in part to neutralize their political influence ahead of elections scheduled for October.

About 80 activists have been killed in targeted assassinations, many of them in public and some in front of police or security cameras. Almost 600 other protesters have been killed by security forces or militia gunmen during the demonstrations over the last two years in Baghdad and in the southern Shiite heartland.

Since the emergence of the Islamic State, Iranian-backed militias in Iraq have solidified their presence in much of the country, including the Sunni areas along the border of Iraq and Syria, a strategic route used by pro-Iran militias moving between the two countries.

Marwan al-Wazni, the brother of Ehab, the murdered activist, said in an interview that his brother had been threatened several times by Mr. Muslih.

“The day he was assassinated, we informed the police that armed men in a car and motorcycles were driving around in the area,” he said. Instead of investigating, he said, the Karbala police withdrew a police car from the area.

It is unclear what will happen next to Mr. Muslih, but one possibility is that militia groups would take him to Iran to escape prosecution.

“You could imagine him being placed beyond the geographic boundaries of Iraqi justice,” said Mr. Dodge. “What better than to move him offshore? And greater humiliation to the prime minister in his attempts to remain prime minister?” 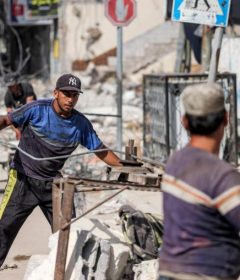