TEHERAN (BLOOMBERG) – Iran accused Israel and the United States of being behind the assassination of one of its top nuclear scientists on Friday (Nov 27) and vowed revenge, sharply escalating tensions in the Persian Gulf in the final weeks of Donald Trump’s presidency.

Mohsen Fakhrizadeh was the head of research and innovation at Iran’s Ministry of Defence and widely seen as having a major role in the country’s nuclear programme.

He was killed close to the Damavand campus of Islamic Azad University, about 60km east of central Teheran, the semi-official Tasnim news reported.

Iran’s army said the US also bore responsibility, according to the Iranian Labour News Agency. The Minister of Defence, Amir Hatami, told state TV the killing was “clearly linked” to the US assassination of General Qassem Soleimani by drone in January.

The office of Israeli Prime Minister Benjamin Netanyahu declined to comment, as did officials at the Pentagon. The Central Intelligence Agency didn’t immediately respond to questions about whether the US had knowledge of plans to carry out an assassination.

Trump re-tweeted a New York Times report on Fakhrizadeh’s killing without comment, as well as a tweet by an Israeli journalist who called the killing “a major psychological and professional blow for Iran”.

Photos published by the semi-official Fars news agency, purportedly from the scene, showed blood splattered on the street next to an Iranian-made black passenger car with the window down on the driver’s side. The car’s windshield had been shattered by several bullet holes.

Fakhrizadeh’s death following the killing of four other Iranian nuclear scientists since 2010, with Teheran usually blaming the intelligence agencies of its arch foes, Israel and the US.

While Israeli officials didn’t comment, the country has long viewed Iran’s nuclear research efforts as one of its biggest national security threats. Israel has vowed to take any measures necessary to prevent Iran from obtaining nuclear warheads, weapons Teheran says it has never sought to develop.

The US and Israel are also widely believed to have worked together on a cyber attack which struck centrifuges linked to Teheran’s nuclear programme about a decade ago.

Netanyahu had singled out Fakhrizadeh in an April 2018 presentation he gave on Iran’s nuclear programme, claiming that the scientist was the director of a secret project to develop nuclear weapons.

The United Nations’s nuclear watchdog, the International Atomic Energy Agency, has said “Project Amad” was mothballed in 2003, and Iran dismissed Netanyahu’s presentations at the time as “lies and war-mongering”.

The assassination of Fakhrizadeh comes at a sensitive time in Iran as Trump’s defeat in the Nov 3 US election offers an opportunity to reset ties with the West after years of economic and military confrontation.

His death could trigger the sort of popular anger that followed the targeted killing of Soleimani in a US drone strike in Baghdad ordered by Trump. Iran fired missiles at bases housing American troops in Iraq in response to that attack, causing no fatalities but raising fears of a slide to war between the two adversaries.

Iranian forces also inadvertently shot down one of their own passenger airplanes in response to the Soleimani strike.

Zarif urged the international community to condemn the latest attack, while the head of Iran’s armed forces, Major General Mohammad Bagheri, called for the assassination to be avenged.

In a letter to the UN Security Council, Majid Takht Ravanchi, Iran’s ambassador to the UN, urged the organisation to condemn the attack and warned the US and Israel to refrain from any “adventuristic measures”, especially during the American presidential transition.

Axios reported this week that Israel’s government had instructed the military to prepare for a possible US strike against Iran during the remainder of Trump’s term, though it said the order wasn’t based on intelligence or an assessment that the US would order an attack.

Fakhrizadeh was also named in a March 2007 UN Security Council Resolution as having been involved in Iran’s “nuclear or ballistic missile activities.”

Friday’s killing comes close to the 10th anniversary of the assassination of another scientist, Majid Shahriari, who was killed in a car bombing on Nov 29, 2010.

A number of Fakhrizadeh’s security guards were wounded in the Friday attack, in which his car was shot at before a Nissan laden with explosives detonated about 15 to 20 meters away, Hatami told state TV.

Hatami said Fakhrizadeh was involved in an air-defence project for detecting spy aircraft without using radar systems and that “Israel was well aware of his role in affairs that could confound” Israel.

Iran’s expanding missile programme is a key concern for both the US and Israel, but it’s the nuclear issue that has drawn the greatest scrutiny.

Iran broke limits on the amount of low-enriched uranium it was allowed to store under the 2015 nuclear deal with world powers after Trump exited the accord in 2018 and imposed sweeping economic sanctions on the Islamic Republic.

Teheran’s store of low-enriched uranium increased to about 2,443kg from 2,105kg, according to the latest report by the UN monitors. That’s enough to create three bombs if Iran chose to enrich the material to weapons grade.

President-elect Joe Biden has said the US could re-enter the nuclear agreement if Iran returns to compliance. 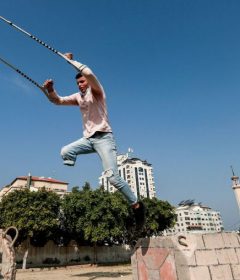 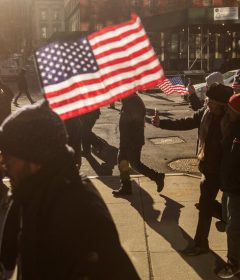 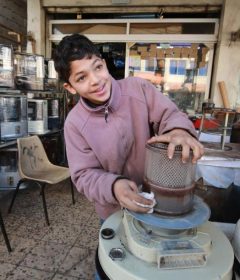