Hodeidah clashes flare around key port, despite calls for truce 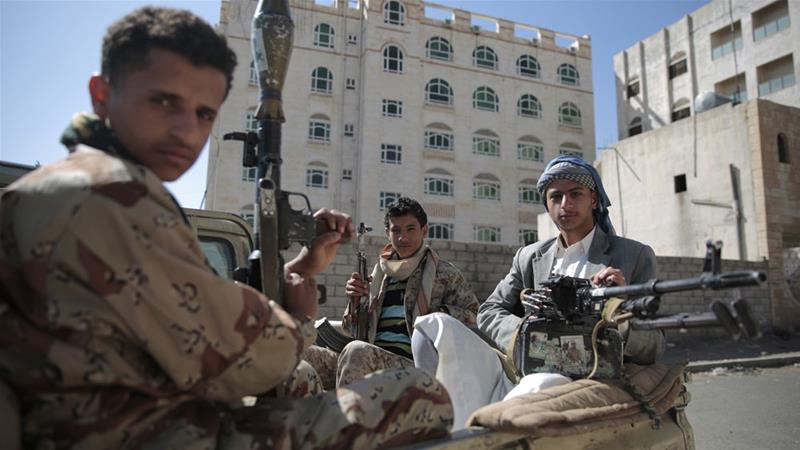 Fighting between the Saudi-UAE coalition and Houthi rebels in Yemen has flared up again around the Red Sea port city of Hodeidah, despite the United Nations calls for a ceasefire there, Yemeni officials and witnesses say.

Earlier on Monday, Yemen’s internationally recognised government said it would attend UN-backed talks next month to put an end to the violence. The announcement came hours after the Houthis said they were ready for a broader ceasefire, but only if the coalition forces backing the Yemeni government want peace.

Al Jazeera’s Mohammed Adow, reporting from neighbouring Djibouti, said residents of Hodeidah spoke of the most intense fighting in days.

“Most of the fighting is happening around the 7th of July neighbourhood, about 4km from the port. The warring parties are using mortars and machine guns to attack each other since last night.

“The Houthis are adamant that they did not start the latest round of violence. One Houthi official we spoke to this morning said ‘you will see these kind of flare-ups as we grow closer to peace talks, because everyone wants to come to these talks in a position of strength’,” Adow reported.

The official spoke on condition of anonymity, as he was not authorised to talk to reporters; the witnesses did so for fear for their safety.

The Saudi-UAE coalition, backed by the United States, has been attempting to retake Hodeidah from the rebels since last summer with its forces now only several kilometres from the port, Yemen’s traditional lifeline.

The renewed Hodeidah fighting is a blow to the UN efforts to end the three-year war.

Martin Griffiths, UN’s special envoy for Yemen, had announced on Friday that both sides had agreed to attend peace talks in Sweden “soon”. The internationally backed government said on Monday that it would attend, but also insisted the Houthis do so “unconditionally”.

The coalition has been battling the rebels on the side of Yemen’s internationally recognised government since March 2015 in a war that has killed tens of thousands of people and pushed much of the country to the brink of starvation.

Meanwhile, a new draft UN resolution, circulated by the United Kingdom in the UN Security Council, is calling for the cessation of hostilities in Hodeidah and other places that are critical to the aid delivery to Yemen.

Kuwait, currently the only Arab member of the UNSC, has been under pressure from the Saudi-UAE coalition to reject the resolution. The Kuwaiti ambassador to the UN told journalist on Monday that he did “not think it would be helpful if they put this draft up for a vote this week”.

As international pressure on Saudi Arabia and the UAE increased, the Gulf nations pledged a new $500m food aid programme for Yemen on Tuesday.

The programme was announced by Abdullah bin Abdulaziz Al-Rabi’ah, general supervisor of Saudi Arabia’s King Salman Centre for Humanitarian Relief and Works, at a joint press conference in Riyadh with Reem al-Hashimy, UAE Minister of State for International Cooperation.