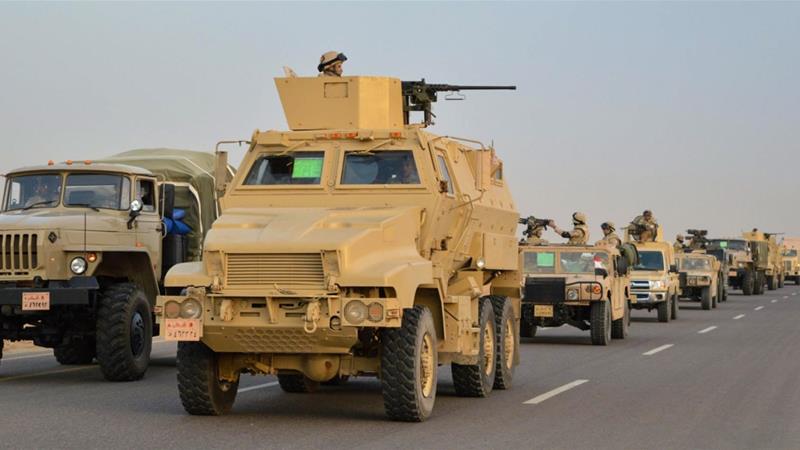 Egypt’s army said it has killed at least 12 more suspected fighters and arrested almost 100 in a major military operation launched in the northern Sinai Peninsula.

The military released the latest figures on Monday, according to state media, a day after claiming at least 16 fighters had been killed earlier as part of the same operation.

The army’s casualty numbers could not be independently verified.

Egypt launched a “comprehensive” security operation involving the country’s army, navy and air force, aimed at pushing armed groups out of the Sinai Peninsula, parts of the Nile Delta and the Western Delta on Friday.

Egypt has, for years, battled an armed anti-government campaign in the rugged and thinly populated Sinai Peninsula, which has gained pace since the military overthrew democratically-elected President Mohamed Morsi of the Muslim Brotherhood in mid-2013.

In November 2017, at least 235 people were killed in a bomb and gun attack on a mosque in Bir al-Abed, a town in North Sinai province.

Egypt will go to the polls next month, in a vote with little opposition that Sisi looks poised to easily win.

Israeli PM Benjamin Netanyahu back in isolation after minister gets coronavirus