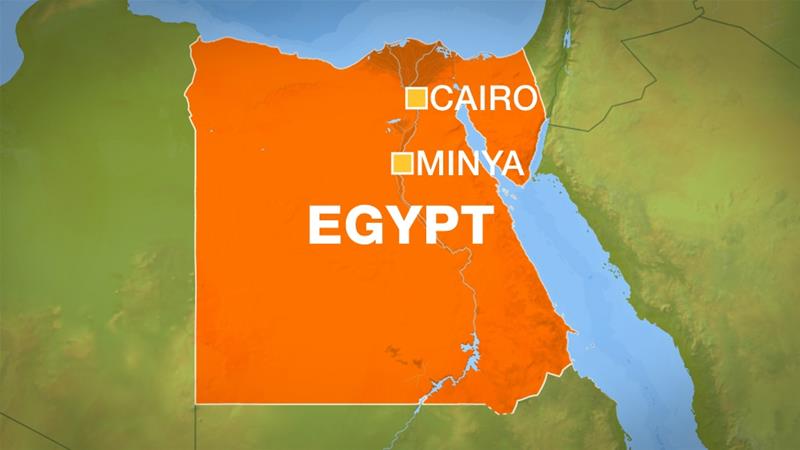 At least seven people have been killed in an assault on a bus carrying visitors to a monastery in northern Egypt, according to a Coptic Church official.

The incident took place on Friday as the vehicle was nearby the Saint Samuel Coptic Christian monastery close to Minya, a city about 270km south of the capital, Cairo.

The Islamic State of Iraq and the Levant (ISIL, also known as ISIS) group claimed responsibility for the attack, via its Amaq website. It did not provide any evidence to support its claim.

The archbishop of Minya, Anba Makarios, told the Reuters news agency that at least seven people were killed and 14 wounded in the attack.

“Terrorists opened fire on a tour bus from Sohag province, heading back from the … monastery,” Makarios said. He had earlier said the bus was approaching the monastery.

Church spokesperson Bouls Halim told The Associated Press news agency the death toll was likely to rise, while a spokesperson for the Interior Ministry put the number of wounded at 12.

Egyptian President Abdel Fattah el-Sisi said he was “deeply saddened” by the attack and vowed to push ahead with Egypt’s campaign against “terrorism”.

“This incident will not undermine the will of our nation to continue its battle for survival and construction,” Sisi said on Twitter.

Friday’s assault marked the second attack claimed by ISIL on Christians heading to the Saint Samuel monastery in as many years.

In May 2017, at least 28 people were killed and dozens more wounded when gunmen opened fire on a vehicle carrying Coptic Christians to the complex.

Copts, a Christian minority that make up about 10 percent of Egypt’s estimated 99 million people, in recent years, have been repeatedly targeted by ISIL in recent years.