The discoveries were made over the last 10 days in four different regions in the country’s west, officials announce. 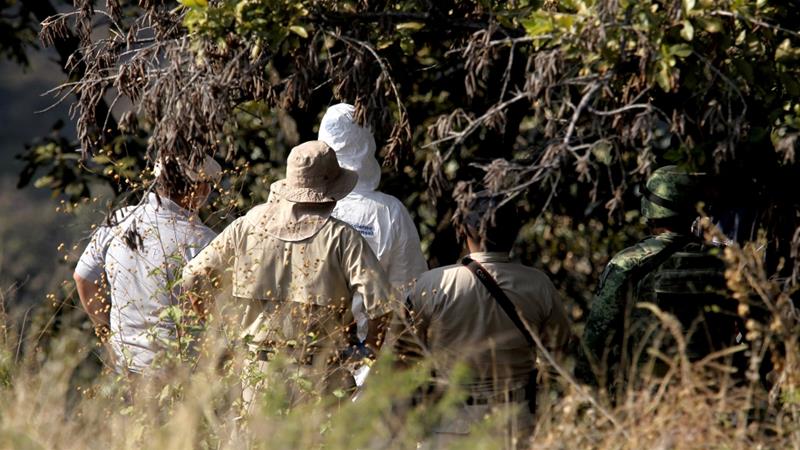 Fourteen bodies and more than two dozen bags full of human remains have been found outside the Mexican city of Guadalajara, state prosecutors have said.

The discoveries, announced on Thursday, were made over the last 10 days, in four different regions in the country’s west.

The remains of 14 people were found on the border with the central state of Guanajuato – one of the country’s most violent areas because of petrol-smuggling criminal groups.

The bodies of three men were found outside a tin mine along with a woman “whose hands and feet were tied,” the prosecutor said, while the bones of nine men and a woman were discovered on a small farm.

Human remains packed into 26 bags were also found in Guadalajara – one of Mexico’s largest cities and the capital of Jalisco, authorities said, though it is not clear how many people that represents.

Of the victims, only two have been identified by relatives, while the authorities presume that the bodies have been in those areas for at least a month due to “the mummification of the remains”.

Only one of the corpses was intact, with traces of detachment by the action of scavenging animals in the others.