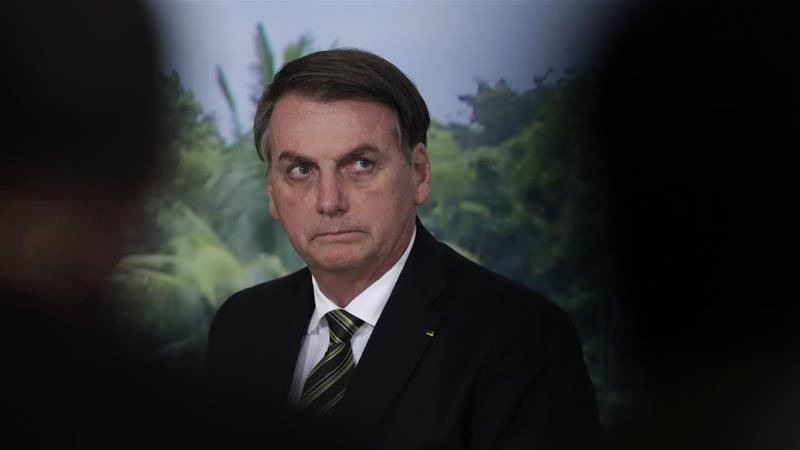 Brazil’s right-wing government has started pulling its diplomats out of the embassy and consulate in Caracas as it moves to downgrade relations with Venezuela’s leftist government.

Instructions published on Thursday in the official gazette removed five diplomats and 11 members of consular staff in Caracas, including Consul General Elza de Castro and two minister counsellors at the embassy.

Roughly 10,000 Brazilians are living in Venezuela, and Brazilian authorities say more than half a million Venezuelans have fled the country’s economic and political crisis into Brazil, with many of them continuing to other South American nations.

For the Brazilian government, it clears a path to ask Venezuela’s diplomats to leave Brazil.

Brazil is one of more than 50 countries to have recognised the claim of Venezuela’s opposition leader Juan Guaido to be his country’s acting president.

Guaido made the proclamation early last year following the opposition-controlled parliament’s branding of Maduro as a usurper over his 2018 re-election in a poll widely derided as rigged.

Belandria has to date lived and worked out of a Brasilia hotel because the Venezuelan embassy is still controlled by Maduro representatives, most notably the military attache Major General Manuel Barroso who de facto runs the embassy, which has not had an ambassador since 2016.