Huge crowds gathered in Westminster on what was due to be Brexit day as up to 13 demonstrations took place with thousands taking to the streets. Mr Peston said on Twitter: “Big shout of “you’re a w****r, Peston” after my live broadcast outside parliament. Great to get the recognition I deserve.”

Protesters later clashed with police and several were arrested.

The incident came after Prime Minister Theresa May suffered another Brexit setback this afternoon.

MPs voted by 344 to 286 against her Withdrawal Agreement, meaning the UK has now missed an EU deadline to leave with a divorce agreement in place on May 22.

Mrs May has until April 12 to return to Brussels with new proposals which are likely to involve a long Brexit delay or leave without a deal on that date. 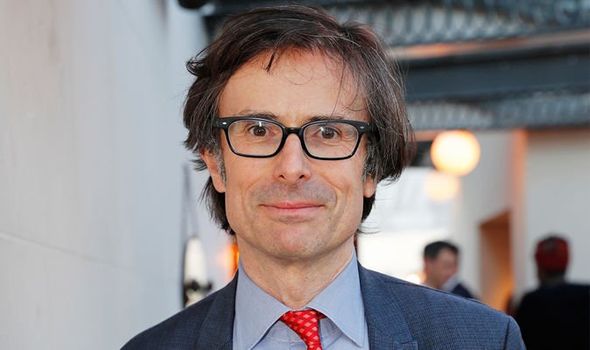 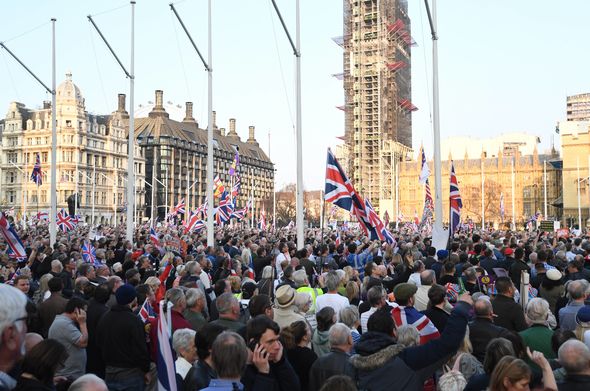 The Prime Minister said that the outcome was “a matter of profound regret”.

“And today it has rejected approving the Withdrawal Agreement alone and continuing a process on the future.

“This Government will continue to press the case for the orderly Brexit that the result of the referendum demands.”

Despite the defeat, Downing Street said it would not an “inevitability” that the UK would have to take part in May’s European elections.

After defeats of 230 and 149 in the previous two Commons votes, a Number 10 source said they were “at least going in the right direction”.

The source said: “We continue to believe that the deal the PM has negotiated is the best outcome for the country and we will continue to seek a way forward.”

MPs are set to take control of the Commons agenda again on Monday after holding a series of indicative votes on Wednesday in a bid to find a way forward.