Young man rushed to hospital after being stabbed in broad daylight 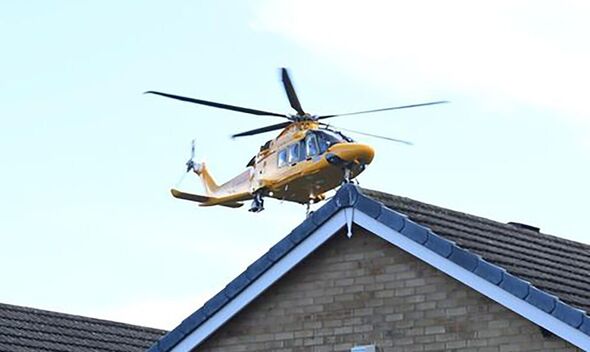 A young man has been rushed to hospital today after being stabbed on a residential street.

Emergency services were called to the road in Carlton, a suburban town in Nottinghamshire, and an injured man, in his 20s, was dashed to hospital.

A 24-year-old man has been arrested on suspicion of assault occasioning grievous bodily harm but a police cordon remains in place on the residential street.

One resident called it “the worst thing” he’d seen there in the four years he’s lived on the street.

Steve Weatherbed, a 58-year-old engineer, said: “This is the worst thing I’ve seen here, but there have been problems for months and months. I’ve been in contact with people about cars speeding up and down the road and there are a lot of arguments too – it’s horrific.

“But it’s the first time I’ve seen so many police here. It looks serious.”

Armed officers were called to the incident but have since left the scene, Nottinghamshire Live reports.

David MacMillan, whose daughter attends a school nearby, said: “It caused a bit of a disturbance. It’s just a bit of a worry.

“My daughter lives here and her daughter goes to the school just up the road. You always worry about them but then you get something like this.

“I worry about her crossing the road because of the cars anyway. I used to deliver pizza around here too so I know it well.

An air ambulance was deployed to the stabbing.

A spokesperson for East Midlands Ambulance Service said: “We received a call at 9.57am on 11 January to Valley Road in Carlton. The caller reported a medical emergency.

“We sent a paramedic in a fast response car, a doctor in a car and a crewed ambulance. The air ambulance was also in attendance.

“One patient was taken to Queen’s Medical Centre in Nottingham via crewed ambulance.”

Inspector Julian Eminson-Ferry, of Nottinghamshire Police, said: “We believe this was an isolated incident and that there is no wider risk to the public.

“We are working to understand what happened and our investigation is ongoing.

“Anyone with additional information who has not already spoken to us is asked to call 101 quoting incident 126 of 11 January 2023.”