But it was 11 months later that the humble 23-year-old was to play his truly pivotal role – safely delivering Germany’s most senior military officer, General Alfred Jodl, to Reims to sign the official surrender document and end the so-called thousand year Reich. Captain Race, who celebrated his 100th birthday last week, was already a rarity. A US Army Air Force pilot with the 326th Ferrying and Transport Squadron, he had been handpicked to fly the most senior Allied generals for key meetings in those crucial months.

When a request was made to General Dwight D Eisenhower to provide a plane for Monogamy’s chief of staff, Maj Gen Sir Francis ‘Freddie’ de Guingand, with his own dedicated plane, he was issued a top of the line twin- engined C-47 Skytrain, named ‘Mary Lou’ after de Guingand’s daughter.

The job of flying it required a safe pair of hands in the cockpit and Race, who had a reputation for being a top pilot, was handpicked by Gen de Guingand.

And so it was that Pennsylvania-born Race found himself seconded into the British 21st Army Group and wearing a British Army shoulder patch over his American uniform.

“Here I was, an American pilot flying an American plane with British insignia.,” he said last night from his home in Carbondale, Pennsylvania.

“There was always a bit of rivalry between the American sector and the British one, but I admired the great spirit the British had and I became friends with General de Guingand. He would call over to me  ‘Jack, old man, what about this?’”

On May 6, 1945, Race received his most important briefing. 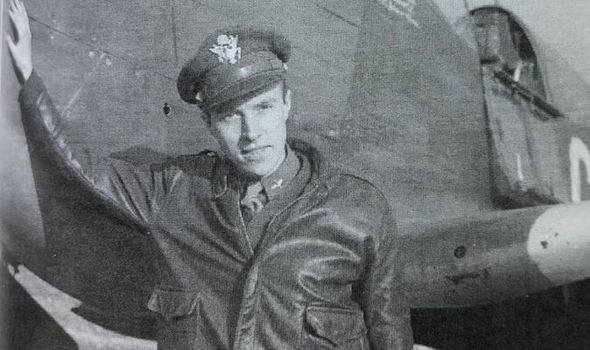 “I was told that I would fly over to Luneburg, to pick up British generals and fly them to Reims. I was told some German generals would be aboard.”

During the short flight there was discussion about saluting and the importance of the mission became apparent.

“When we landed in Luneburg I stayed in my cockpit and, as I looked out, Jodl came across and saluted the British officers waiting,” he said.

Just a week earlier Jodl, one of Hitler’s key strategists, had been with the Fuhrer in his Berlin bunker. Now Hitler was dead, and the so-called thousand year rich had come to an end.
Radio-operator Cpl Joe Aaronson was later to describe 56-year-old Jodl as : “a typical Prussian , ramrod straight and rigid as a building level in vertical position.”

Jack continued: “Then he extended his hand. General de. Guingand seemed to be right in the mood and they shook.

“There was some talk later that they shouldn’t have but I’m glad that they did. He was extending his hand in peace.”

In June that year Montgomery invited Jack to tea at his personal quarters in 21st Army Group Main HQ, Brussels. 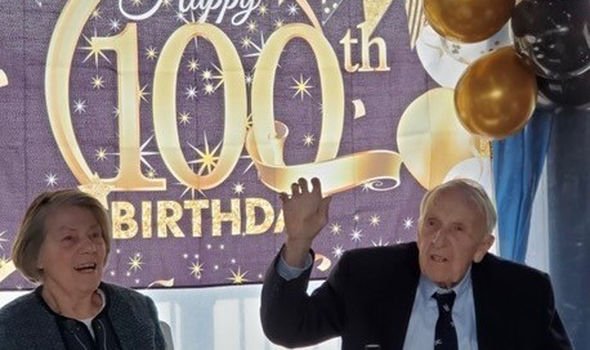 Race neither drank nor smoked, which endeared him to the Field Marshal. As his batman served tea, Monty asked the pilot what he would do after he was decommissioned.

Race replied he hoped to get a job with an airline but was aware, with so many pilots demobbed, he would have to work his way to the top before being captain once more.
“Nonsense,” replied Monty.

“With your experience , flying as a copilot simply will not do. You must let me know with whom I should speak.”

Jack added: “He was so friendly and kind. It was a very generous offer but I never took him on it.

“I knew flight rosters of Eastern or Pan Am would not be entered by way of a call from the hero of el Alamein.” 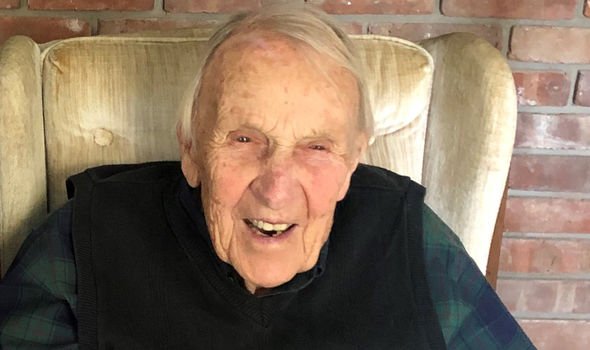 Race was awarded the Air Force Cross for more than 20 combat fights and an MBE – perhaps through Monty’s influence – though he never received the latter.

He did become a Pan Am captain, however, before dedicating his retirement to volunteering as chief pilot for the Orbis flying eye hospital, which delivers vital eye surgeries and treatment to the world’s poorest countries.

“I was proud to serve my country but war never solves anything,” he added.

“It has been necessary through the ages to set things right , but my hope is that someday differences between people can be settled peacefully.”