The sum would be met by the Department for Work and Pensions (DWP) after former pensions minister Sir Steve Webb analysed evidence from the department’s top civil servant. Peter Schofield, the DWP’s Permanent Secretary, was quizzed by the Work and Pensions Select Committee last month on research by pension specialists LCP. The scandal affects married women who claimed between March 2008 and April 2016, when their pension was linked to the National Insurance record of their husband, ex-husband or deceased husband.

Women who were on low pensions should have been awarded the 60 per cent rate automatically when their husband turned 65. But it is thought tens of thousands of women didn’t get the money and are not aware of the scheme.

Sir Steve said: “The vast scale of this underpayment is only starting to come to light.

“It has become increasingly clear that the DWP’s trawl of its own records is uncovering a can of worms, and the final bill seems set to be over £100million. “Many of these women have been underpaid for a decade or more, and the situation needs to be put right “urgently”. 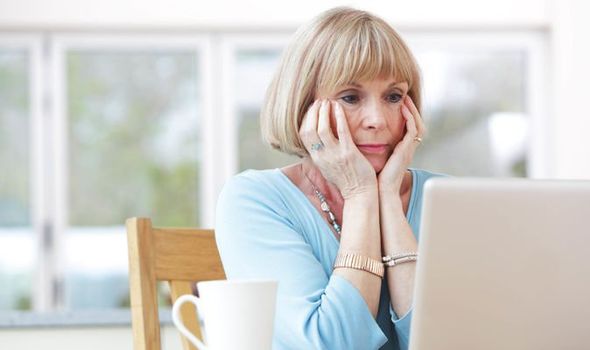 According to Mr Schofield, 11,000 women have so far been in touch with the DWP and 7,200 claims have been processed by 37 civil servants. More than one in four of the women had been getting too little, with the average owed just under £10,000.

Mr Schofield admitted that work to check DWP records is still ongoing. He indicated that initial trawls often identify very large numbers of potentially eligible people and these need to be refined manually.

In LCP’s analysis, it was estimated that tens of thousands of women would end up receiving payments. Mr Schofield has also referred to reviewing the position of widows and the over-80s, who may be missing out for different reasons.

A Parliamentary petition tabled by Sir Steve calling on the Government to track down all the different groups who are being underpaid has reached 10,000 signatures. This means the DWP will have to give a formal response.