Home » Europe » Woman bombarded ex with 1,000 texts begging him to take her back 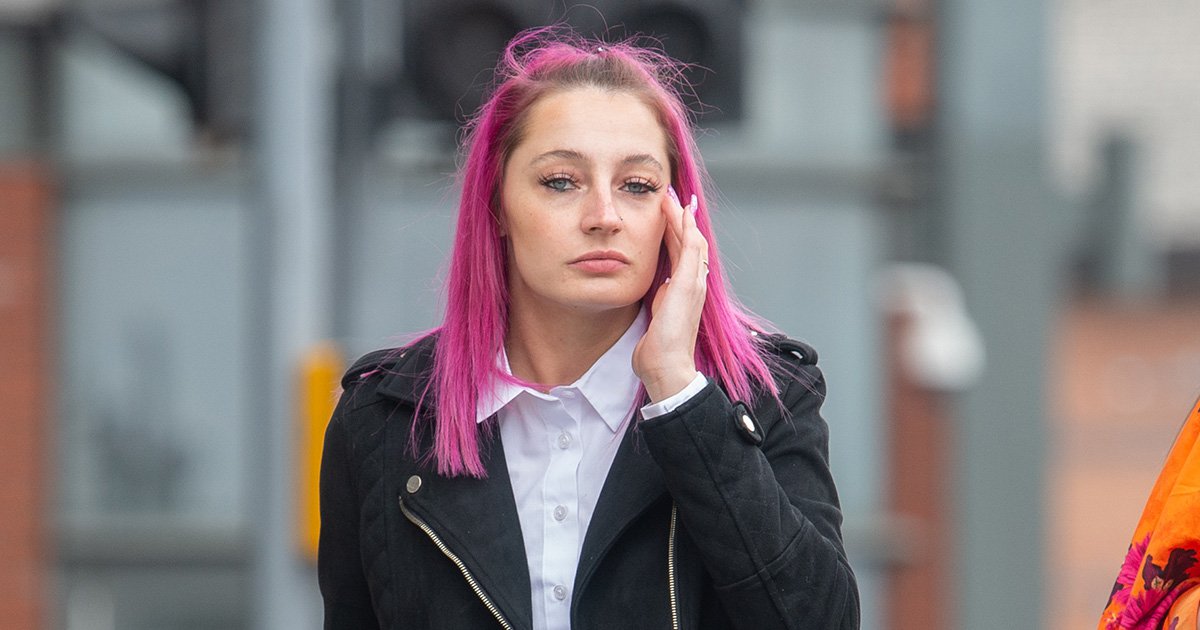 A woman is facing jail after she bombarded her ex-boyfriend with more than 1,00 text messages in a week begging for them to get back together

Michelle Felton, 28, phoned and texted Ryan Harley up to 150 times per day following their breakup.

Among the hundreds of texts, Felton wrote: ‘Why won’t you speak to me? I love you. Are we meeting tonight? Are we going out?’

Harley called the police on the Specsavers assistant when she began leaving gifts on the doorstep of the home he shares with his mother in Ellesmere Port, Cheshire.

He told officers: ‘I just want it to go away and for it all to stop. I just feel like ending it all’.

She admitted to harassment after her not-guilty plea to coercive behaviour was accepted by prosecutors. She faces up to six months behind bars.

The couple began dating in May 2020 but parted ways in February after Felton kicked Harley in the groin and Harley accidentally broke her finger in retaliation.

Felton’s lawyer Peter Barnett said the dust-up came to head when an argument erupted between the pair at Felton’s mother’s house.

Barnett said: ‘They woke up in the morning whereupon they had an argument. He was watching videos on his phone and she says she wants to spend time with him.

‘She tries to give him a hug but he says he has had enough. During the argument, he accepts that he struck her with a sock which we say was wound up so that it was like a rope.

‘She accepts that she has kicked him in the groin area because he was causing pain.

‘He then grabs her right hand and starts to bend and twist her little finger until it snaps. He maintains that she grabbed him around the neck but she says she was just sitting up.’

Harley spent the next five days by Felton’s side as her swollen finger healed. She was unable to work because of the injury for one month, Barnett added.

Then the messages began, prosecuting Lynne Sayers told the court.

‘There was then a constant bombardment, with as many as 100 to 150 missed calls in a day over one 11-day period to Ryan,’ she said.

Sayers said at one point, Harley told Felton: ‘This has become toxic. Just leave me. I need a few weeks.’

‘But a lot of the messages are sent about him allegedly cheating on his driving test,’ Sayers said.

‘She went on and gave him a hard time about that. Then she said, “No, I am very proud of you. When are we going to meet?”

‘He just wanted it to all go away,’ Sayers added, ‘and for it all to stop.’

Sayers said while it was clear Felton was clearly just ‘pouring out her feelings’, the relentless messages left Harley in ‘serious distress’.

‘It’s not denied that the defendant has had a difficult time but the effect on the victim has been quite considerable,’ she added.

Magistrates adjourned the case. Felton will appear at Warrington Magistrates Court on January 6 for sentencing.

She is prohibited from contacting Harley or his mother Jane.

Chairman of the bench Ian Williams said: ‘We have considered the matter and are taking into account the evidence presented on behalf of the prosecution and in particular the length and extent of the text messages and phone calls taking place over the period.

‘Also, we have taken into consideration what was said by Mr Barnett. We feel that probation reports are required.’