Scaffolding and a protective barrier were placed around the monument of Winston Churchill at Parliament Square and the nearby Cenotaph in Whitehall on Thursday evening. Britain’s war-time hero was already targeted by activists who wrote “was a racist” on the statue last weekend.

Meanwhile, in another incident, a yob attempted to set fire to a union flag on the Cenotaph which honours those who lost their lives during World War One.

It comes after several statues across the UK of controversial historical figures were taken down and a further 60 others identified as targets by demonstrators.

A number of Conservative MPs have condemned protesters, with one stating activists should feel “deeply ashamed”.

Jacob Young, MP for Redcar said: “So sad that rioters can’t be trusted not to attack the cenotaph, so much so that they now feel the need to board it up. 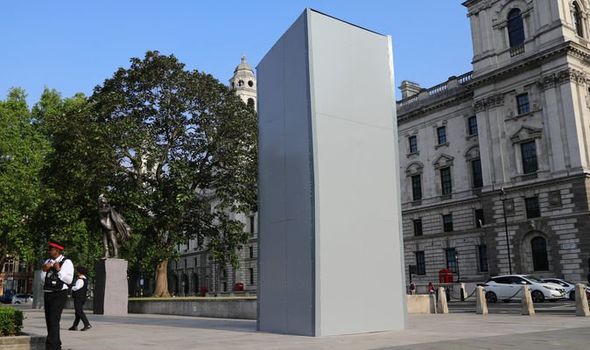 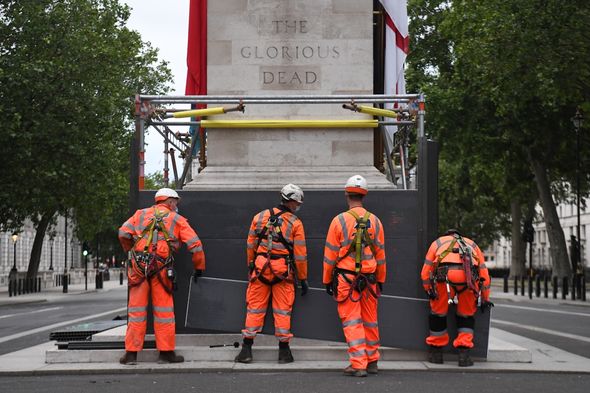 “Our soldiers died for our freedom and yet people dance on their graves.”

Alexander Stafford, MP for Rother Valley said: “It’s a sad day when in our Capital city, the Cenotaph – that monument to the millions who laid down their lives fighting against tyranny and oppression – has to be boarded up for its protection.

“Those that want to attack this symbol of freedom and liberty make me deeply ashamed.”

A spokesman for the Mayor of London said: “The statue of Winston Churchill in Parliament Square is being temporarily covered for its protection. 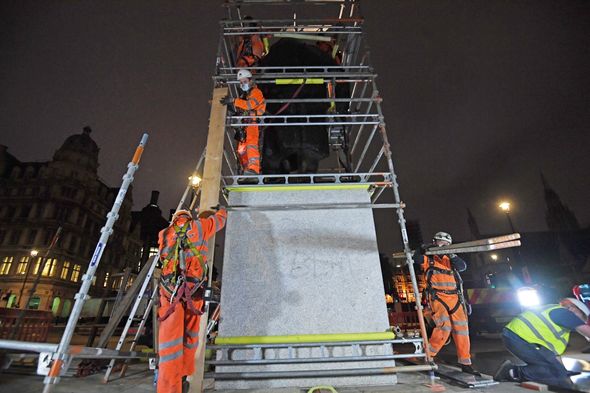 “The overwhelming majority of protests have been peaceful, but after recent damage the decision was taken by the GLA City Operations Unit to cover it.”

Sadiq Khan has also set up a diversity commission to review the city’s landmarks – including murals, street art, street names, statues and other memorials – and consider which legacies should be celebrated before making recommendations.

Mr Khan said: “It is an uncomfortable truth that our nation and city owes a large part of its wealth to its role in the slave trade and while this is reflected in our public realm, the contribution of many of our communities to life in our capital has been wilfully ignored. 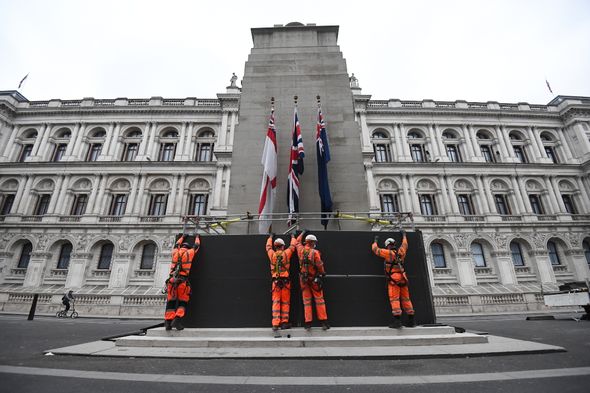 “This cannot continue. We must ensure that we celebrate the achievements and diversity of all in our city and that we commemorate those who have made London what it is – that includes questioning which legacies are being celebrated.

“The Black Lives Matter protests have rightly brought this to the public’s attention, but it’s important that we take the right steps to work together to bring change and ensure that we can all be proud of our public landscape.”

A number of historical monuments have already been taken down in light of the Black Lives Matter movement.

The removal of statues was first triggered on Sunday afternoon when a memorial of 17th-century slave trader Edward Colston was torn down by activists and thrown into a river in Bristol. 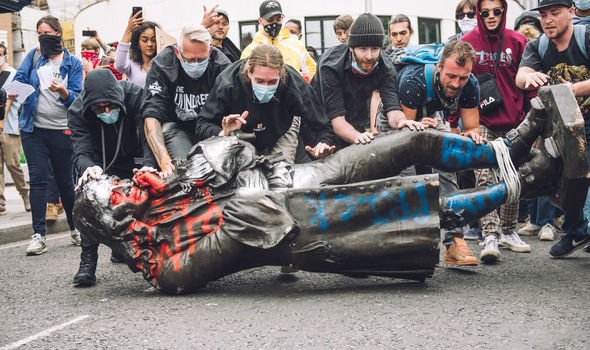 A group of activists have set up a “topple the racists” website which lists more than 60 statues and memorials across the UK which the group claim should be taken down as they “celebrate slavery and racism”.

The statue of slave owner Robert Milligan was taken down from its plinth at West India Quay in London’s Docklands on Tuesday evening.

On Thursday, Guy’s and St Thomas’ hospitals in London announced it will remove two statues of their namesakes from public view due to their links to the slave trade.

Meanwhile, Bournemouth, Christchurch and Poole Council has delayed plans to temporarily remove a statue of Scouts founder Robert Baden-Powell after angry residents vowed to fight to protect it.