Home » Europe » Where Ozzy, Oasis, Queen and Coldplay took off

Where Ozzy, Oasis, Queen and Coldplay took off

“Musical Hogwarts” is how Chris Martin describes it. To Liam Gallagher it’s the “Big Brother House with tunes”, but for Ozzy Osbourne it’s the birthplace of heavy metal.

It’s where Oasis created their masterpieces, where Bohemian Rhapsody came to life and where Coldplay’s journey into the musical stratosphere took off.

A long way from the bright lights, the ramshackle old farm “in the middle of nowhere” near the Welsh-English border has become known for its decades of stellar output.

And some of the world’s greatest rocks stars have now paid homage to Rockfield Studios with the story of its legacy having been made into a feature film to be premiered on the BBC on Saturday night. 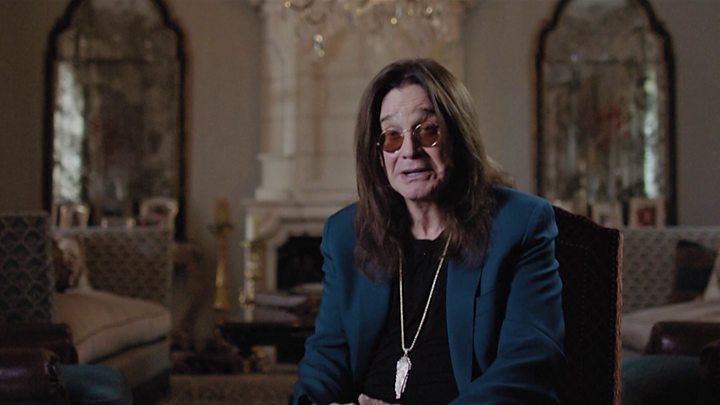 Blink and you’ll miss Rockfield as you travel north out of Monmouth on the B4233 in south Wales.

The cattle and pig farm on the Monnow Valley floor has for years been the place where careers are defined and where rock royalty hang out.

It is to recording studios what Glastonbury is to music festivals – run by farmers, on a working farm and fiercely independent.

But it all started with a snub. 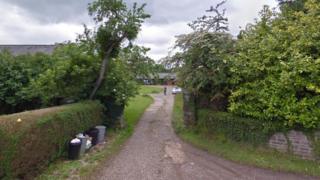 Brothers Kingsley and Charles Ward had hoped to record at EMI in London in the 1960s but were turned down by legendary producer and “fifth Beatle” George Martin.

So they decided to buy the gear and set up for themselves – and Rockfield Studios was born.

Almost 60 years later, they are able to boast that almost everyone across the globe will know a song recorded in their old barn or pig shed.

And it was in these most tranquil and sedate of settings that the loudest of music was born – and with it, two heavy metal godfathers.

How Ozzy became the Prince of Darkness

The first was the late, legendary Lemmy, a former roadie for Jimi Hendrix who turned up at Rockfield in 1972 to record his first material as the newest member of Hawkwind, kickstarting a career which led to him founding Motorhead and immortality with their metal anthem Ace of Spades.

The other is the now the head of one of TV’s most famous families and lives among Hollywood A-listers in opulent Beverly Hills – but Ozzy Osbourne traces his fame and fortune back to the little homestead.

Rock music’s Prince of Darkness was one of the first to use Rockfield’s newly-built Coach House Studio in 1970 as his new band Black Sabbath fine-tuned their breakthrough hit Paranoid.

“We were very loud and Rockfield allowed us the freedom,” Osbourne recalls. “Because no-one would allow us to play as loud as that. The roof tiles were rattling.

“Rockfield will always be a part of me. I can go and live in Beverly Hills but for some reason I end up back in Rockfield. It’s just magic.”

Paranoid by Black Sabbath was put together and rehearsed at Rockfield in 1970 and went on to be considered one of the greatest heavy metal songs of all time.

Is this the real life? Is this just fantasy?

It was in Rockfield’s old horse tack room where the final piece of a six-minute rock operetta was lovingly mastered by Queen in the summer of 1975.

When the studio’s co-owner Kingsley Ward walked in on Freddie Mercury playing on the dusty old piano in the corner of the food store, little did he know he was getting an exclusive preview into what would eventually become one of the most acclaimed songs of all time.

“I went in and Freddie was sat in the corner – he was probably doing the finishing touches to Bohemian Rhapsody. Then it was called Freddie’s Thing,” says Kingsley.

The release of Bohemian Rhapsody was a defining moment for band and studio.

The track is Rockfield’s most famous export and the song that made Queen a household name across the world, recorded at the studio during a six-week stint in 1975.

Later, the great David Bowie ended his 1970s decade of dominance – including anthems such as Heroes, Changes and Starman – by eating cheese in Monmouth with a friend famous for his Lust for Life.

“We were recording in the Coach House Studio and we were curious to know who was in the main studio,” he says.

“We could not believe it was none other than Iggy Pop. Not only was that mind-blowing but Bowie turned up and he looked as you’d always imagined David Bowie looking.

“It was so Rockfield – he had this huge bit of cheese in his hand and a can of Heineken.”

Although Simple Minds wrote their breakthrough hit Promised You A Miracle in Monmouth, they actually recorded it at new record label Virgin’s own residential studio.

That became the pattern – labels began to use their own studios and Rockfield, an independent beacon for so long, was on the rocks.

“There was loads of studios and only a certain amount of work to go around – then dreaded dance music turned up and it wasn’t what we did,” says Kingsley.

From the endless bookings of the 70s, Kingsley Ward’s wife Ann took several book-keeping jobs to keep Rockfield alive during the late 80s.

“Then in 1989 and 1990, there was a massive recession and the music industry suddenly caved in completely,” says Kingsley in the film Rockfield: The Studio On The Farm.

Then came their second coming – literally so – as one infamous band saved Rockfield with an album by that name.

The Stone Roses’ self-titled first album had been a massive success, with the band laying down Waterfall and I Am The Resurrection at Rockfield after their Battery Sessions in London had proved a slog.

And when they decided to return to Rockfield to record the follow-up, it was a pivotal moment in the studios’ survival.

Producer John Leckie, who first recommended Rockfield to the Roses, said their new American record company “were quite prepared to throw lots of money – millions of pounds – at the band to do whatever they wanted.”

That was music to Rockfield’s ears, as times were tough when the Roses arrived in 1992 to plan their Second Coming.

Its lead single Love Spreads was recorded at Rockfield sometime between 1992 and 1994 and was the band’s first new material released for more than two-and-a-half years. It was their highest place record in the UK chart, reaching No 2 in November 1994.

“They booked in officially for a couple of weeks,” Lisa Ward, Kingsley’s daughter and now office manager, explains in the film.

“But they stayed. It was 13 months in the end. That saved us. The Stone Roses saved Rockfield.”

Little did Rockfield know at the time that their next musical legacy was staying over the other side of the valley, recording at a studio that was once part of the Rockfield estate.

Manchester Britpop heroes Oasis were trying – and failing – to master their debut album Definitely Maybe there.

During their sojourn, frontman Liam Gallagher pinched the owners’ combine harvester and crossed the fields to spy on the Roses at Rockfield.

Oasis eventually finished their first album in Cornwall, but returned to Monmouth to record what would become some of their most celebrated anthems at Rockfield.

Don’t Look Back In Anger was recorded by Oasis at Rockfield in 1995 and went to No 1 in February 1996, becoming one of their most famous songs.

The second Oasis album – (What’s The Story) Morning Glory – transformed the band and the Gallagher brothers Noel and Liam into global rock sensations as Wonderwall, Don’t Look Back in Anger and Champagne Supernova became pub singalongs.

“There was a little bit of a debate about who was going to sing Wonderwall,” recalls Rockfield’s studio engineer Nick Brine.

“Everyone wanted to make the songs the best they could,” Liam tells the Rockfield film. “If that bred a bit of competition then so be it.”

While residential studios such as Rockfield – one of the first – allowed bands to immerse themselves in their creativity, living together at such close quarters 24/7 could spark tension.

Liam Gallagher recalls a row with his brother at Rockfield which ended in damage being caused with “cricket bats and air rifles, the lot”.

But when tempers cooled, the band got down to business and finished the album which helped define Britpop – a musical movement for which Rockfield would become the engine room.

“Both studios were both booked up nine months in advance, back to back,” recalls Lisa Ward.

“The 1990s was a great time for British guitar bands.”

Kingsley Ward says: “One time in 1997, out of the top ten albums, Rockfield had seven.”

And the next Monmouth megahit was written in the stars – and inspired by an old copy of the Yellow Pages.

The stars shine for Coldplay 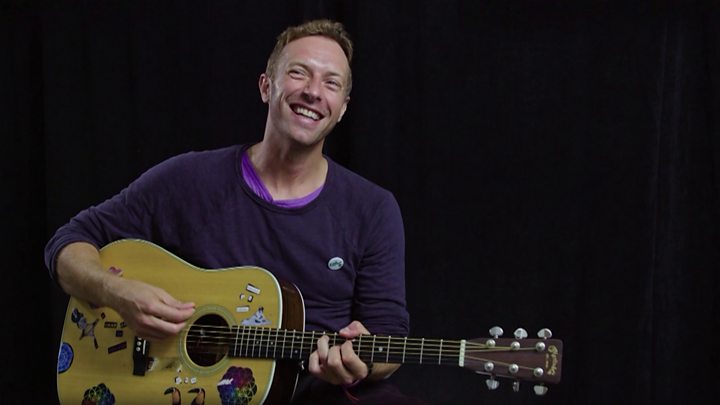 Much was expected of the up-and-coming band Coldplay at the turn of the millennium but they were under pressure to turn that expectation into something more tangible.

Frontman Chris Martin knew Rockfield was a “a make-or-break session” as the former cleaners had “one shot” at the big time in one of their first recording sessions.

Luckily for them, the sky was clear for at least part of their sessions recording debut album Parachutes – as immortality and their crowd classic Yellow was created.

“We were recording Shiver and went outside for a breather and it was so beautiful,” says Martin.

“All four of us were outside and Ken Nelson, our producer, said ‘look up there, lads’ – and he literally said ‘look at the stars’, which is the first line of that song.

“It was mind-blowing because we’d been in London for five years so we haven’t seen anything beyond smog for a while, so that line was in my head.

“I went back in and sat behind the mixing desk and I played the chord. I got the title from the Yellow Pages which was at about a 45 degree angle.

“The chorus came in the bathroom of the living room area. And that gave us our lives for the last 16 years. From humble beginnings.”

Rockfield: The Studio on the Farm will be broadcast on BBC Two Wales and BBC Four at 21:15 BST on Saturday and on BBC iPlayer