Weather: Temperatures set to soar after heavy rainfall this week

Thunderstorms could bring a month’s worth of rain to the UK before the hottest temperatures of the year so far this week, bringing a balmy end to the month.

Some parts of Scotland may see nearly 80mm of rain in less than a day on Monday, with the Met Office issuing weather warnings over fears of flooding and travel disruption.

In England, central and eastern areas could get more than two weeks worth of rain in just an hour, according to forecasters.

Yellow weather warnings for Northern Ireland and much of England, as well as eastern parts of Wales, say there could be damage from floodwater, lightning, hail and strong winds. 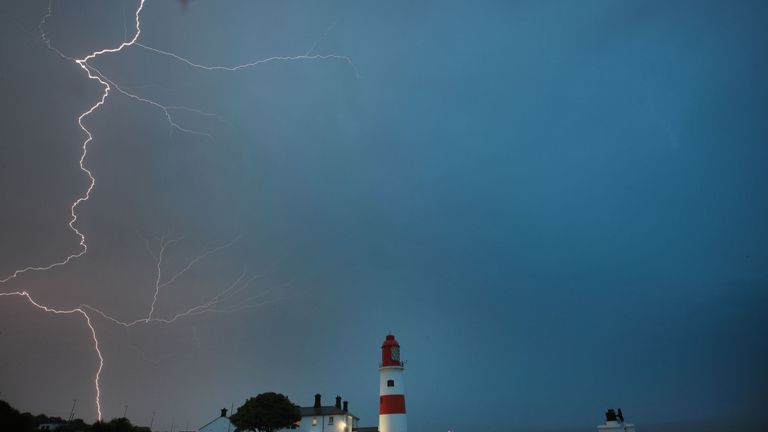 Thunderstorms are being blamed on the high humidity, which will result in muggy conditions for many, with some seeing overnight highs of 19C (66.2F) throughout the week.

The mercury could peak at 33C (91.4F) in the southeast of England by Friday.

Met Office forecaster Simon Partridge said the best of the weather will be found in western Wales and the southwest of England.

He added: “Thunderstorms will be fairly well scattered and not everyone will see them but again if you do catch one they’re likely to be pretty hefty downpours.

“Overall through much of England and Wales tomorrow (Monday) generally speaking it’s a reasonably dry day with some bright sunny spells but there’s that risk of thundery showers which can break out anywhere in those areas.

“The most reliable places to stay dry and see the best of the sunshine really is western Wales and southwest England on Monday.”

Around 40mm of rain is forecast to fall in parts of Northern Ireland and in the northeast of England. 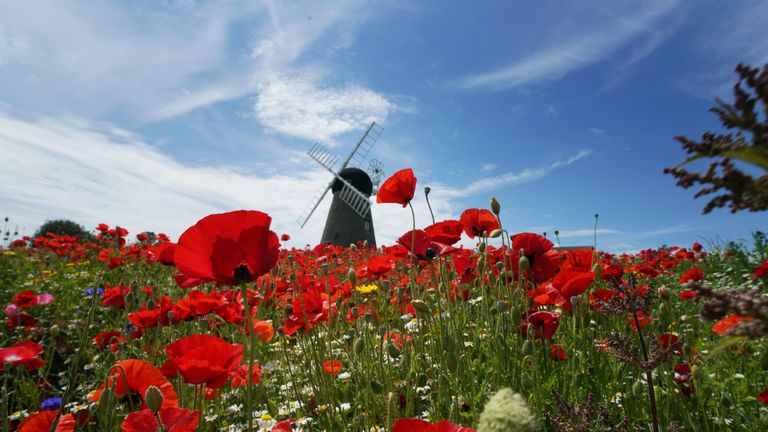 Londoners can expect experience temperatures of up to 28C (82.4F) while in Wales and Northern Ireland it will be around 21C (69.8F).

The highest temperature of the year so far was 28.8C (83.8F), which was recorded in Norfolk.