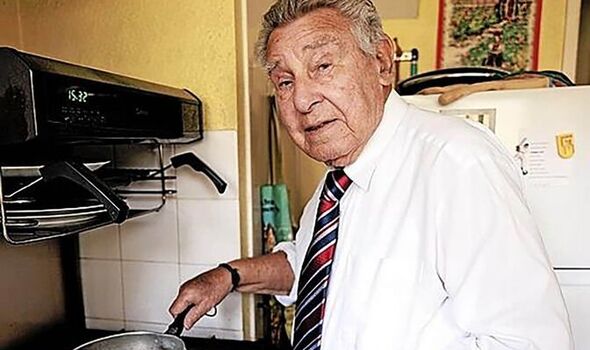 Like many other elderly people, widower David, 95, who is registered blind, faces a struggle to meet mounting household costs. Average gas and electricity bills have doubled to £2,000 a year and are almost certain to rise by a further £700 from October, with demands expected to soar to £2,700 a year. Father-of-two David, who served with the Royal Army Service Corps and saw action with the Seaforth Highlanders in Malaya in 1948, said: “The extra £5.55 a week in my state pension will make no difference to the rising cost of living. It’s really an insult.

“But what worries me more than my situation is the large number of families with children who are unable to cope and rely on food banks.”

He added: “I am waiting to see what my energy bills will be but I have already been told they are going to go higher. I expect they’ll go through the roof.

“Food has certainly gone up in price and it remains to be seen whether my income matches my outgoings. I’ve not known anything like this before.”

The latest crisis follows David, of Crawley, West Sussex, being fearful and unable to sleep for months after TV licensing officials “hounded” him and even threatened to send bailiffs round.

They ignored his explanation that disability – he has five percent vision in one eye – entitled him to a discount.