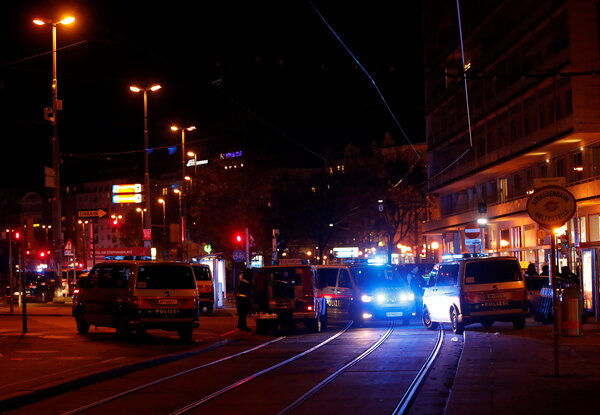 Gunfire erupted in central Vienna on Mondaynight and the police said several people were wounded. It was not clear how many people had been hurt, or whether there were any fatalities.

The shooting took place in the inner city of the Austrian capital, hours before the midnight start of a nationwide lockdown, one of several being imposed in Europe to stop the spread of the coronavirus.

The area where the shooting took place is packed with bars and Vienna’s main temple, the Seitenstettengasse synagogue, but it was not clear if they had any connection to the violence. The president of Austria’s Jewish association said on Twitter that the shooting had occurred “in the immediate vicinity” of the temple, but that it was closed at the time.

A bystander posted what appeared to be video of people aiding a wounded person lying in a pool of blood, just outside a restaurant where chairs had been overturned.

Another video showed a man firing a rifle twice down a street.