Dame Vera Lynn, the singer who treated troops to morale-boosting visits on the front line during the Second World War, died aged 103. Her family said in a statement they were “deeply saddened to announce the passing of one of Britain’s best-loved entertainers at the age of 103.” The BBC’s David Sillito has since shed light on how she received her title as the Nation’s Sweetheart.

Speaking to BBC News, Mr Sillito said: “I got to meet Dame Vera Lynn when she wrote her autobiography.

“We had a long, long chat and what’s struck me was how many of the things I thought I knew about her turned out not to be true.

“I always thought she was quite posh but she grew up in the east end of London, she was working class and I was always aware of the ‘Nation’s sweetheart’.

“That phrase has just been given to her but that actually came from a BBC competition to find the nation’s sweetheart, the most popular singer. 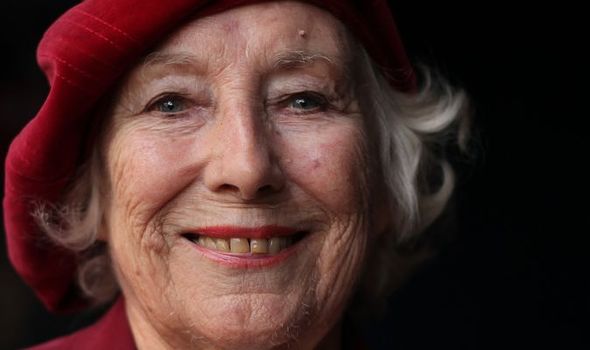 “When she won the BBC was a bit confused, they were quite surprised.

“They didn’t really know who Vera Lynn was at the time and the reason was that she was singing in a show that went out in the middle of the night.

“She used to sleep in the theatre when the bombs were coming down and broadcast to soldiers around the world.

“They were hearing songs that no one else was singing.”

“In parliament, it was raised why is the BBC broadcasting these slushy sentimental songs? We want something that’s going to bring up the morale of our soldiers.

“These were songs about hope, that we will meet our families again.”