Gusts of up to 75mph are forecast to hit parts of the UK this week as Storm Ellen sweeps in from the Atlantic.

After last week’s heatwave, the UK’s fifth named storm of the 2019-2020 season will bring very strong winds to western areas of the UK from Wednesday morning.

Named by Ireland’s Met Office, the storm will sweep across Ireland from a “decayed tropical cyclone” on Wednesday night before hitting all of the UK’s west coast, the Met Office said. 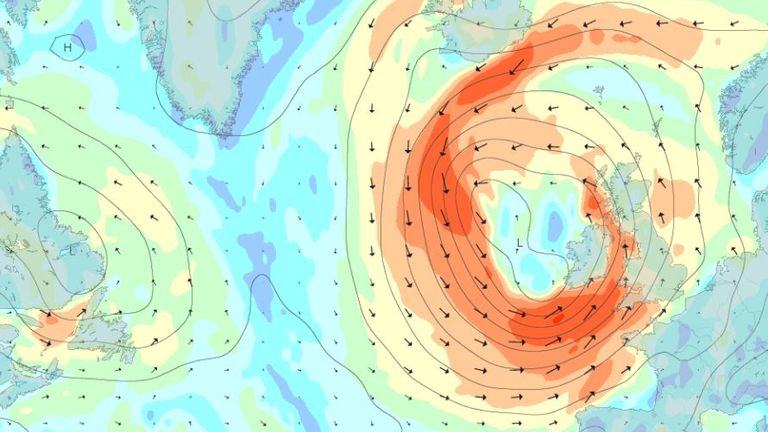 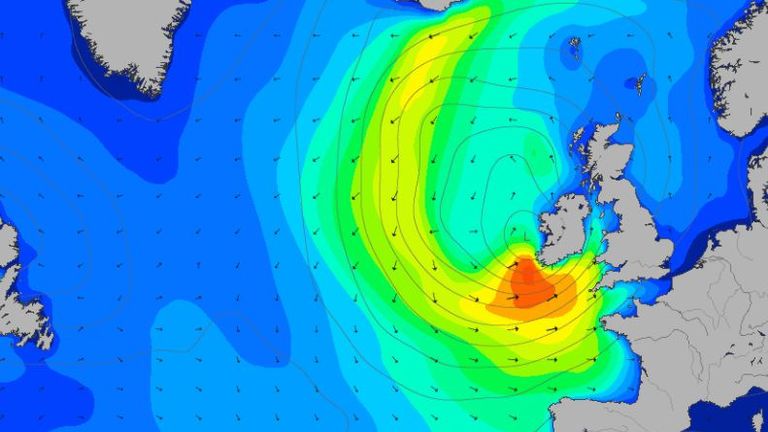 Yellow warnings have been issued from Scotland’s west coast to western Wales and down to Cornwall from 8am on Wednesday through to 4am on Friday.

Waves of over 20ft are expected on Corwalls’ coast, according to surf reports.

Met Office spokeswoman Nicola Maxey said gusts on the coast will be around 55mph, possibly rising to 65mph on exposed coasts on Wednesday, while winds on Thursday could reach 75mph.

Forecasters predict gusts could bring delays to road, rail, air and ferry transport links, while power supplies could be disrupted.

It is likely some coastal routes and sea fronts will be affected by large waves, and tree damage could cause debris on roads.

As well as heavy rain and wind, temperatures will be much lower than the last 10 days, although East Anglia could still see highs of around 28C on Thursday, the Met Office said.

Met Office chief meteorologist Steve Ramsdale said: “Following the recent hot and thundery weather we are seeing a significant change to very unsettled conditions for August with an unseasonal spell of strong winds associated with low-pressure centres for the second half of the week.”

HM Coastguard and emergency services in Devon and Cornwall warned a combination of strong winds and spring tides “will make our coastlines hazardous for the next few days”.

They said swell will increase in size, while tidal surges will rapidly force water on to beaches and debris could be pushed onto promenades and around harbours.

They added: “No photo is worth a life.”

The Met Office warned campers and walkers on the coast to be aware of the warnings and said homes with garden furniture, trampolines or children’s toys should bring them inside or secure them.

This the second Storm Ellen the UK has experienced this year, with the first one in February, named by the Met Office in the UK and the latest one named by Met Eireann in partnership with the Dutch weather service.