Boris Johnson’s forthcoming defence review is understood to include plans to ensure new vessels are built in domestic shipyards in future. Strict single market rules introduced in 2009 have forced the Government to carry out international competitions for contracts relating to “non-sensitive” defence shipbuilding although submarines and some classes of warships are exempt.

But the Integrated Review of security, defence, development and foreign policy is looking at ways of overhauling the regulations with possible legislation that could see the rules relaxed within the next three years.

An MoD spokesman said: “Defence is committed to supporting the Government’s ambition to reinvigorate UK shipbuilding.

“As we approach the end of the transition period, the MoD is exploring opportunities to better tailor the regulations to meet our needs, although no decisions have been made.” 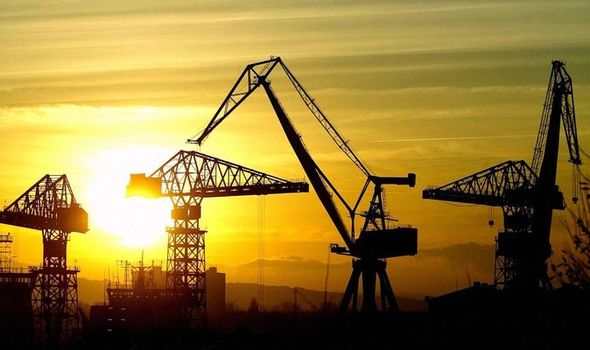 Tory MP David Jones, deputy chairman of the influential European Research Group, said: “Despite the intention to do more British shipbuilding, the Government could have a nasty surprise in the courts if they do not amend retained EU law on defence procurement which makes UK-limited procurement more difficult.”

Orders for three Fleet Solid Support vessels, which carry supplies such as ammunition and food, were due to go out to tender because they were not exempt from the EU rules but Mr Wallace told the Commons they were being reclassified as warships, raising hopes they could be built in Britain.

And in his speech at the Conservative Party Conference last week, Mr Johnson said: “We aren’t embarrassed to sing old songs about how Britannia rules the waves – in fact, we are even making sense of it with a concerted national shipbuilding strategy that will bring jobs to every part of the UK, especially in Scotland, and we believe passionately in our wonderful Union, our United Kingdom.” 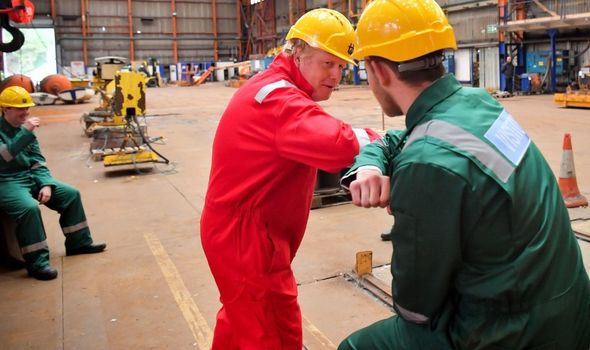 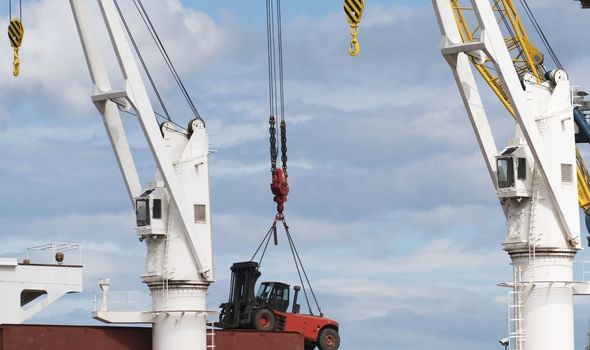 Defence sources with knowledge of the integrated review said ministers had revealed an “intent” for British shipbuilding to be done under “its own steam”.

One insider said: “In terms of shipbuilding there is no doubt at all that within the MoD and within Government there is a keenness to enable ourselves to procure our own ship contracts, particularly things like the Fleet Solid Support ships.

“They understand the issue. There have been plenty of conversations about this issue and there are lots of people in the MoD who are quite clear they want to be able to have the freedom to do our own thing.”

Major General Julian Thompson and Rear Admiral Roger Lane-Nott of the Veterans for Britain campaign group have urged ministers not to accept EU rules on defence procurement as part of a post-Brexit trade deal which could jeopardise the plans to favour British shipbuilders.

The group is also concerned about the extent to which the Government could use subsidies to boost the shipbuilding industry amid Brussels’ demands for a so-called “level playing field”.

Ian Waddell, general-secretary of the Shipbuilding and Engineering Unions, said he “welcomed the reclassification” of the Fleet Solid Support vessels which he said was the only major naval construction project in the pipeline and could create 1,800 UK jobs.

But he warned the move did not guarantee all the work would be carried out in British yards.

He said: “The Government is encouraging the involvement of overseas shipyards, which means there is the potential for a foreign-led consortium to win the contract.

“If this is the case then any future contract will need to guarantee work in every shipyard.”

He continued: “It will need to be relentlessly policed by the MoD as the precedent set by foreign-owned companies promising UK workshare has shown that promises are not always kept.”

The union said the work could be split between UK shipbuilders in line with recommendations laid out on the Government-commissioned National Shipbuilding Strategy led by industry veteran Sir John Parker three years ago.

He recommended sharing the work among shipyards around the country to ensure they had a steady stream of contracts, ending expensive “boom and bust” cycles for the domestic industry.