Smoking and vaping: NHS shows difference between the two

It would see smoking in public places like beer gardens and outdoor restaurant tables prohibited. The announcement has been timed to coincide with the lockdown lifting on June 21. But campaigners have slammed the plan, calling it an attack on post-lockdown liberties. Christopher Snowdon, of the Institute of Economic Affairs, said: “A ban offends our sense of fair play and tolerance. “We might dislike smoking, but we dislike puritanical busybodies and meddling bureaucrats even more. “The nanny statists responsible for this proposal must have a tin ear if they think there is an appetite for more bossy infringements of liberty and business-destroying edicts in the name of public health.”

Council big wigs want Oxfordshire smoke free by 2025. They want to slash the proportion of smokers to below five percent – half the current total of around 54,804 people.

When smoking rates fall below this percentage, health chiefs consider a location to be smoke-free because the habit would be deemed unusual.

If successful the plan would come five years ahead of Health Secretary Matt Hancock’s pledge to make the UK smoke-free by 2030. But officials have released no details about enforcement or how the scheme would work, or be policed, in practice.

Oxfordshire County Council public health director Ansaf Azhar said: “It is not about telling people not to smoke. “It is about moving and creating an environment in which not smoking is encouraged and they are empowered to do so. But that is not going to happen overnight.”

The plan would include encouraging employers to stop staff smoking outside offices and factories and creating smoke-free areas. Making outdoor spaces smoke-free is the responsibility of district councils. 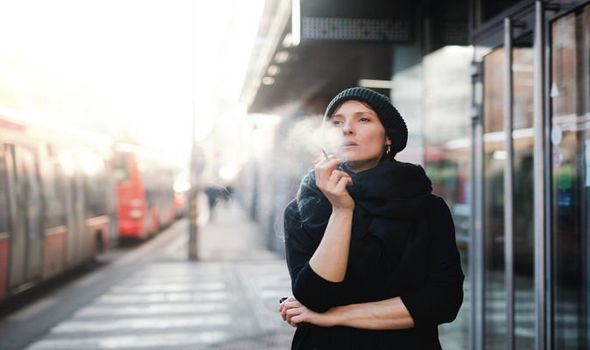 The Local Government Association, which represents councils in England, wants its members to support an amendment to the Business and Planning bill that would make all pavement licences subject to the condition they are smoke-free.

Cherwell District Council in North Oxfordshire was asked to ensure all new pavement licences – for restaurants and bars to place tables and chairs outside – are smoke-free.

But the council refused, saying the easing of coronavirus restrictions was not the time to impose more bossy rules on businesses. Simon Clark, director of the smokers’ lobby group Forest, said: “It’s no business of local councils if adults choose to smoke. Authorities have far more important things to do than tackle smoking.”

The proposed crackdown comes after smoking in pubs, restaurants and workplaces became illegal across the UK on July 1, 2007.

The UK has more sin taxes than any other major European country, analysis shows.

A sugary drinks levy and duties on junk food, beer, tobacco and vapes are more draconian than most of the Continent.

These are the findings of the latest Nanny State Index published by the Institute of Economic Affairs think-tank. Britain ranked 12th overall and the highest large economy, ahead of France at 15.

Germany was named as the country with the most relaxed rules. Norway – a new addition – is the least free. The UK is the worst for tobacco smokers and has the most draconian smoking ban. It had the seventh-highest rate of tobacco duty and the highest rate of tax on heated products.

The UK had the joint-fifth highest taxes on soft drinks in Europe when adjusted for income. The report finds no correlation between stricter regulations on drinking, eating, smoking and vaping on life expectancy. The IEA said: “There is little evidence that such policies are effective.”