Home » Europe » UK Fracking ban lifted – What does it mean for you and your area?

UK Fracking ban lifted – What does it mean for you and your area?

Prime Minister Liz Truss has reversed the ban on fracking, introduced in 2019, in a bid to help with the ever-increasing costs of energy bills facing Britons today. She now plans to cut Britain’s reliance on imported gas. Fracking, or hydraulic fracking, is the process through which gas and oil are recovered from shale rock. With Ms Truss claiming gas could be “flowing in as soon as six months”, Express.co.uk takes a look at what fracking could mean for you.

According to the British Geological Survey (BGS), there are four areas in the UK that have been identified as viable for the extraction of shale gas.

There is the Carboniferous Bowland-Hodder area in Lancashire and the Midlands and further North in Scotland, the Carboniferous Midland Valley, where a well was first explored in the village of West Calder, near Livingston, in 1919.

In the south of England, the Jurassic Weald Basin and the Wessex basin, which cover the areas of Purbeck District of Dorest, the Isle of Wight, and possibly other areas of Dorset and Hampshire, have been identified as potential fracking areas.

The potential for fracking in Wales has not yet been estimated by the BGS, but it is thought there could be resources in North Wales, near the Bowland Shale Formation in England and in the South, too.

However, First Minister Mark Drakeford said Ms Truss was “contradicting” the climate crisis with the Welsh Government opposing fracking as licenses are not granted. 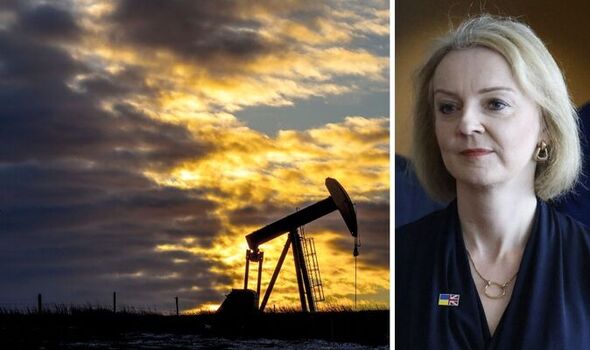 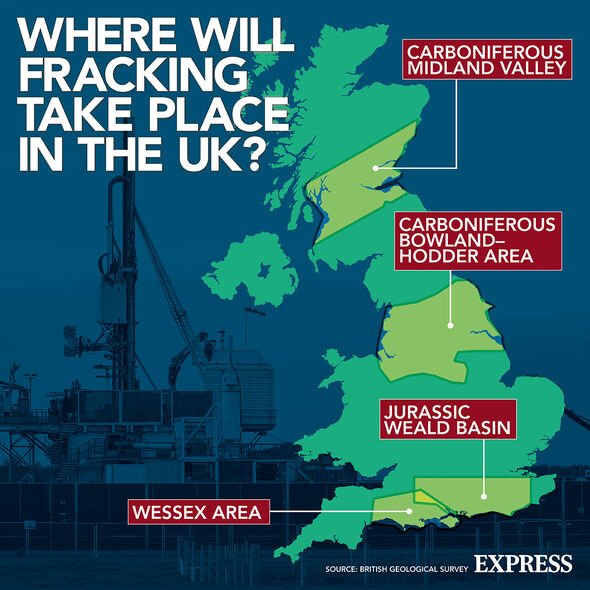 Before the ban was implemented, fracking was taking place in the UK just outside Blackpool, Lancashire, at the Preston New Road site.

A new leaked report carried out by the British Geological Survey found that forecasting fracking-induced earthquakes and their effect “remains a scientific challenge”. 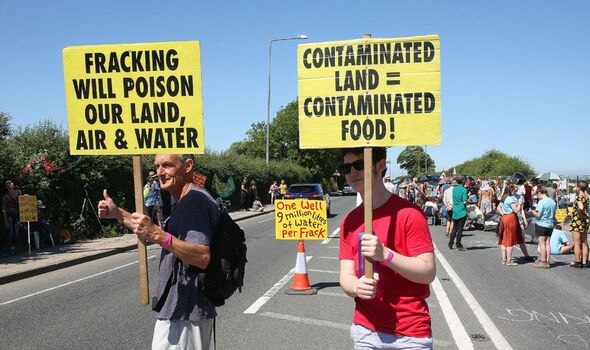 Stuart Haszeldine, Professor of Carbon Capture at the University of Edinburgh, told Sky News the government was taking a huge, “foolhardy” commercial risk.

He said: “There’s nothing like the resource originally proposed; there’s maybe a few patches in East Yorkshire. So there is the very expensive commercial risk of drilling deep holes and finding nothing and a lot of people have lost a lot of money already on failed drilling for shale gas in the UK.”

Mr Haszeldine explained that fracking can impact the environment as during the process, water is injected into the ground but when it resurfaces, it is contaminated and needs treatment.

In the past, protests have taken place with objectors claiming fracking also causes contamination of air, land, and the food chain. 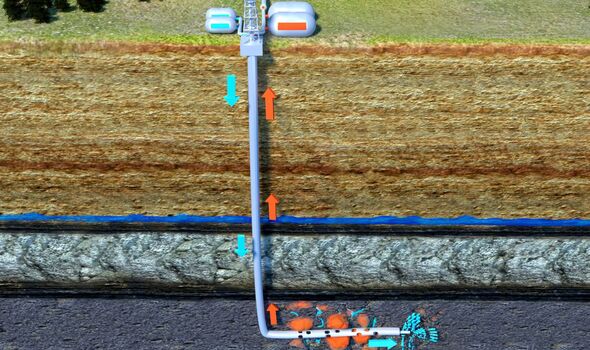 Over the past 20 years, fracking has boomed in the United States with it being documented in more than 30 states, particularly North Dakota, Pennsylvania, and Texas. Next year is expected to see a record 12.6million barrels of crude oil pumped each day across the country.

But Veronica Kronvall, who owns a house in Texas near five wells, told the Guardian in 2013 that she has suffered physically from being near a fracking site. She said her eyes would water, she suffered nosebleeds and had periods where she felt nauseous and had headaches.

However, arguments have been put forward in favour of fracking with a report by Ernst & Young carried out in 2014 finding that 4,000 shale gas wells would generate 64,500 jobs.

According to a survey commissioned by the Department for Business, Energy and Industrial Strategy in 2021, 17 percent of the British public supported fracking.