LONDON (Reuters) – Britain will face shortages of fuel, food and medicine if it leaves the European Union without a transition deal, according to leaked official documents reported by the Sunday Times, but whose interpretation was contested by ministers. 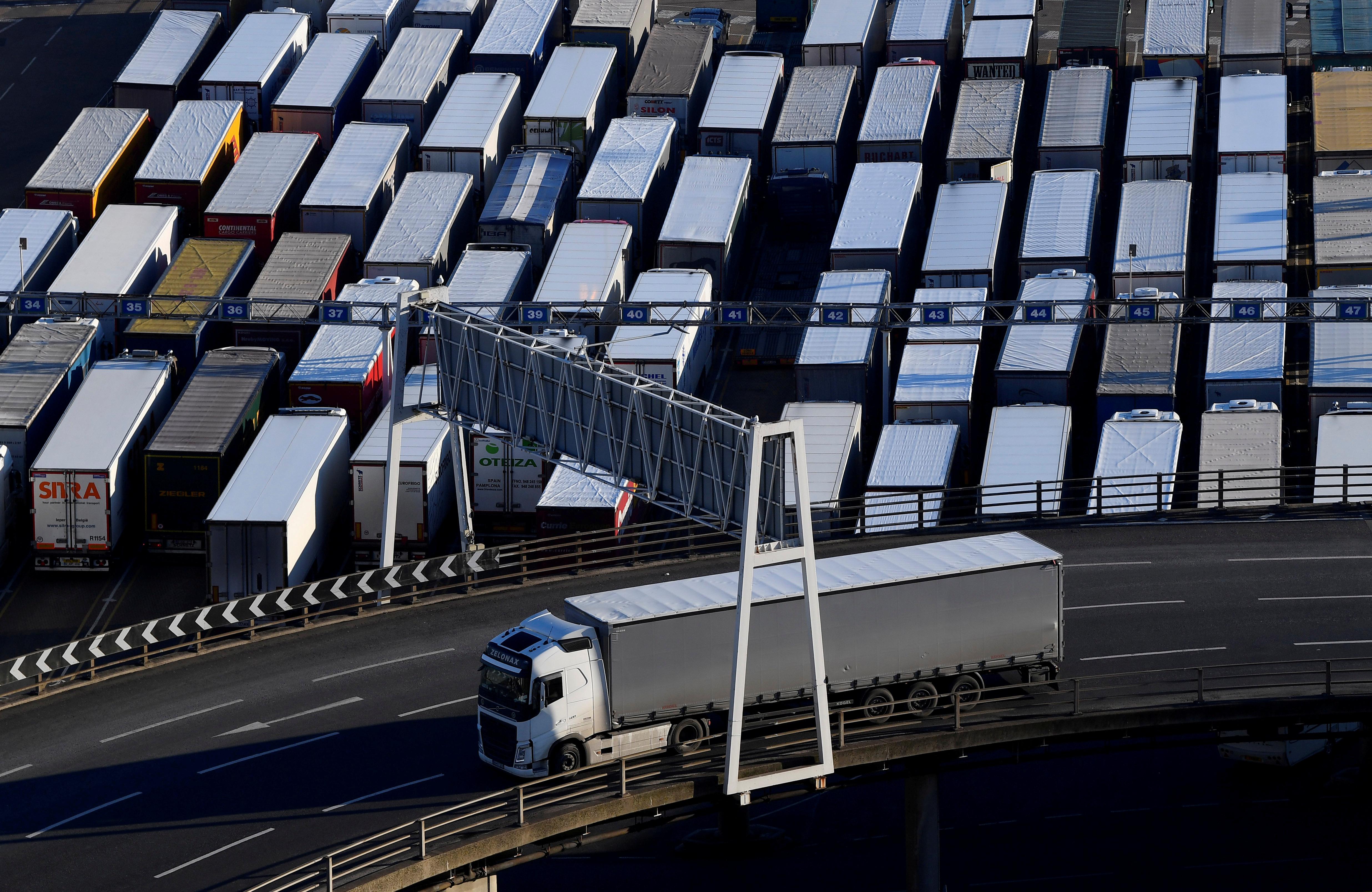 Setting out a vision of jammed ports, public protests and widespread disruption, the Times said the forecasts compiled by the Cabinet Office set out the most likely aftershocks of a no-deal Brexit rather than the worst case scenarios.

But Michael Gove, the minister in charge of coordinating no-deal preparations, challenged that, saying that the documents did set out a worst case scenario and that planning had been accelerated in the last three weeks.

The Times said up to 85% of lorries using the main channel crossings “may not be ready” for French customs, meaning disruption at ports would potentially last up to three months before the flow of traffic improves.

The government also believes a hard border between the British province of Northern Ireland and the Republic of Ireland, an EU member, will be likely as current plans to avoid widespread checks will prove unsustainable, the Times said.

“Compiled this month by the Cabinet Office under the codename Operation Yellowhammer, the dossier offers a rare glimpse into the covert planning being carried out by the government to avert a catastrophic collapse in the nation’s infrastructure,” the Times reported.

Responding to one of the authors of the Sunday Times article on Twitter, Gove said: “Yellowhammer is a worst-case scenario – v significant steps have been taken in the last 3 weeks to accelerate Brexit planning.”

Prime Minister Boris Johnson’s office said it did not comment on leaked documents.

A government source blamed the leak on an unnamed former minister who wanted to influence negotiations with the EU.

“This document is from when ministers were blocking what needed to be done to get ready to leave and the funds were not available. It has been deliberately leaked by a former minister in an attempt to influence discussions with EU leaders,” said the source, who declined to be named.

Earlier, asked about the Yellowhammer documents, energy minister Kwasi Kwarteng told Sky News there was “a lot of scaremongering around” and that Britain would be fully prepared for an Oct. 31 no-deal exit.

The United Kingdom is heading towards a constitutional crisis at home and a showdown with the EU as Johnson has repeatedly vowed to leave the bloc on Oct. 31 without a deal unless it agrees to renegotiate the Brexit divorce.

After more than three years of Brexit dominating EU affairs, the bloc has repeatedly refused to reopen the Withdrawal Agreement which includes an Irish border insurance policy that Johnson’s predecessor, Theresa May, agreed in November.

Brexit minister Stephen Barclay said on Twitter he had signed a piece of legislation which set in stone the repeal of the 1972 European Communities act – the laws which made Britain a member of the organisation now known as the EU.

Though his move was largely procedural, in line with previously approved laws, Barclay said in a statement: “This is a clear signal to the people of this country that there is no turning back (from Brexit).”

A group of more than 100 lawmakers wrote to Johnson calling for an emergency recall of parliament to discuss the situation.

“We face a national emergency, and parliament must now be recalled in August and sit permanently until October 31 so that the voices of the people can be heard, and that there can be proper scrutiny of your government,” the letter said.

Johnson will this week tell French President Emmanuel Macron and German Chancellor Angela Merkel that the Westminster parliament cannot stop Brexit and a new deal must be agreed if Britain is to avoid leaving the EU without one.

The prime minister is coming under pressure from politicians across the political spectrum to prevent a disorderly departure, with opposition leader Jeremy Corbyn vowing this week to bring down Johnson’s government in early September to delay Brexit.

It is, however, unclear if lawmakers have the unity or power to use the British parliament to prevent a no-deal departure – likely to be the United Kingdom’s most significant move since World War Two.

Opponents of no deal say it would be a disaster for what was once one of the West’s most stable democracies. A disorderly divorce, they say, would hurt global growth, send shockwaves through financial markets and weaken London’s claim to be the world’s preeminent financial centre.

Brexit supporters say there may be short-term disruption from a no-deal exit but that the economy will thrive if cut free from what they cast as a doomed experiment in integration that has led to Europe falling behind China and the United States.