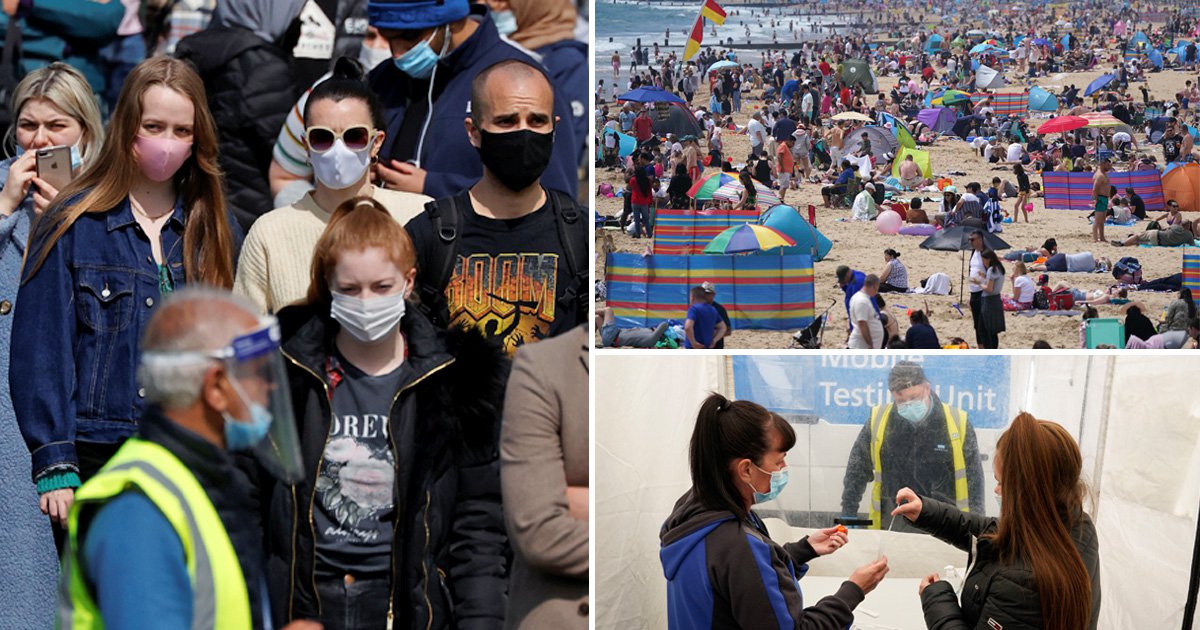 The UK is experiencing an ‘early’ third wave fuelled by the Indian variant, a leading scientist has warned.

Professor Ravi Gupta said the country was seeing exponential growth in Covid-19 cases ahead of the proposed unlocking on June 21.

The Government advisor said the third wave would ‘probably take longer’ to emerge than previous waves because of a high level of vaccinations – but called for a delay to unlocking of a ‘few weeks’.

Asked on BBC Radio 4’s Today whether the UK was already in a third wave of coronavirus infections, the University of Cambridge academic said: ‘Yes, there has been exponential growth in the number of the new cases and at least three-quarters of them are the new variant.’

Professor Gupta, a member of the New and Emerging Respiratory Virus Threats Advisory Group (Nervtag) group, continued: ‘Of course the numbers of cases are relatively low at the moment – all waves start with low numbers of cases that grumble in the background and then become explosive, so the key here is that what we are seeing here is the signs of an early wave.

‘It will probably take longer than earlier waves to emerge because of the fact that we do have quite high levels of vaccination in the population, so there may be a false sense of security for some time, and that’s our concern.’

His intervention comes amid growing concern that the planned easing of restrictions on June 21 may not go ahead – with ministers saying they will make a decision on June 14 after studying further data.

The Government is expected to pay close attention to figures on hospitalisations – amid hopes that a rise in cases will not lead to the catastrophic strain put on the NHS during the first and second waves, because younger and vaccinated people will get less ill.

Professor Gupta said next month’s relaxation of Covid restrictions should be delayed ‘by a few weeks.

He told BBC Radio 4’s Today: ‘I think the problem is we are not too far from reaching the sort of levels of vaccination that would help us contain the virus and I think that people are not saying we should abandon the June 21 date altogether but just to delay it by a few weeks while we gather more intelligence and we can look at the trajectory in a clearer way.

‘If you look at the costs and benefits of getting it wrong, I think it is heavily in favour of delay, so I think that’s the key thing.

‘Yes, we will learn to live with it but this date that was set did not take into account the fact we would have a new variant on the horizon, with properties that allow it to evade antibodies to some extent and a virus which is more transmissible.’

Elsewhere, Professor Adam Finn, from the Joint Committee on Vaccination and Immunisation, even questioned whether an easing of restrictions may have to be reversed.

‘We’d all be better off doing everything we can to minimise that risk so that we don’t get to a position where we have to really go backwards in terms of the restrictions that we’re all having to endure,’ he told Times Radio on Monday morning.

Professor Finn added that there remains a question mark over how fast the rise in Covid cases is going to be and how high numbers will go.