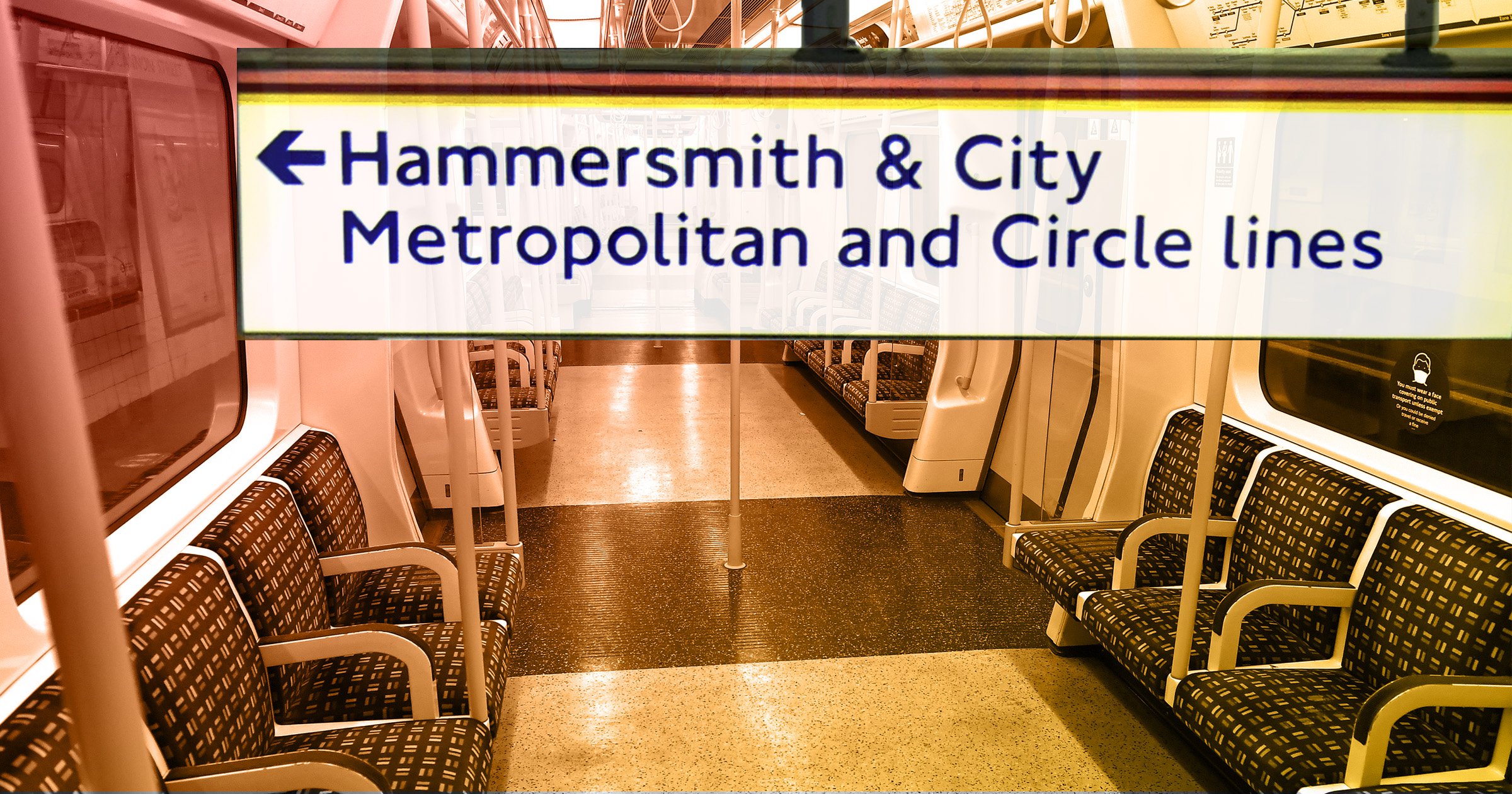 As if the scorching heat is not enough, commuters are facing a week of disrupted service on the London Underground.

Both the Circle and Hammersmith & City Tube lines will stop early every day until Sunday because of staff shortages as people self-isolate due to the pandemic.

They will ‘begin ramping down’ from 6.30pm and close completely at 10pm, hours before their usual finish time of 12.30am.

The problems kicked in even earlier today, with both lines reporting severe delays and cancelled services at 5.30pm, but the Circle line was running a good service anti-clockwise.

London Underground’s head of network operations Richard Jones told Metro.co.uk: ‘Due to a shortage of control room staff who are having to self-isolate, the Hammersmith & City and Circle lines will ramp down early this week.

‘We apologise to customers for the disruption and are asking them to complete their journeys on these lines by 9pm.

‘London Underground tickets will be accepted on local bus services.’

Transport for London has joined a ‘test to release’ pilot scheme which lets staff who have been told to isolate by NHS Test and Trace continue working if they return a negative lateral flow test.

Employees at two of its critical control centres are currently taking part. TfL wants the pilot to be extended to the rest of its centres to boost its chances of running a full tube network.

A new, separate trial, involving daily tests for staff in critical roles who have been double vaccinated could also be launched.

The government has been coming under increasing pressure to end the current 10-day self-isolation rules, with major businesses including Iceland and Greene King closing stores because too many employees have been ‘pinged’.

MyLondon reported the pandemic has exacerbated but not entirely caused the workforce shortages.

In the last three weeks, lines have been closed or suspended a dozen times due to ‘train cancellations’ caused by absent team members.

Minor delays were also reported today on the Metropolitan and Northern line, and northbound tubes between Morden and Kennington were hit by an earlier ‘fire alert’ at South Wimbledon.

On Wednesday and Thursday there will be no westbound service from Camden Road to Willesden Junction after 11.45pm.

The District line was severely impacted, with a signal failure meaning no services could run between Turnham Green and Richmond, and the Circle line was running on a reduced schedule.

The Metropolitan Line was suspended on Saturday afternoon for the rest of the day because of staff shortages.