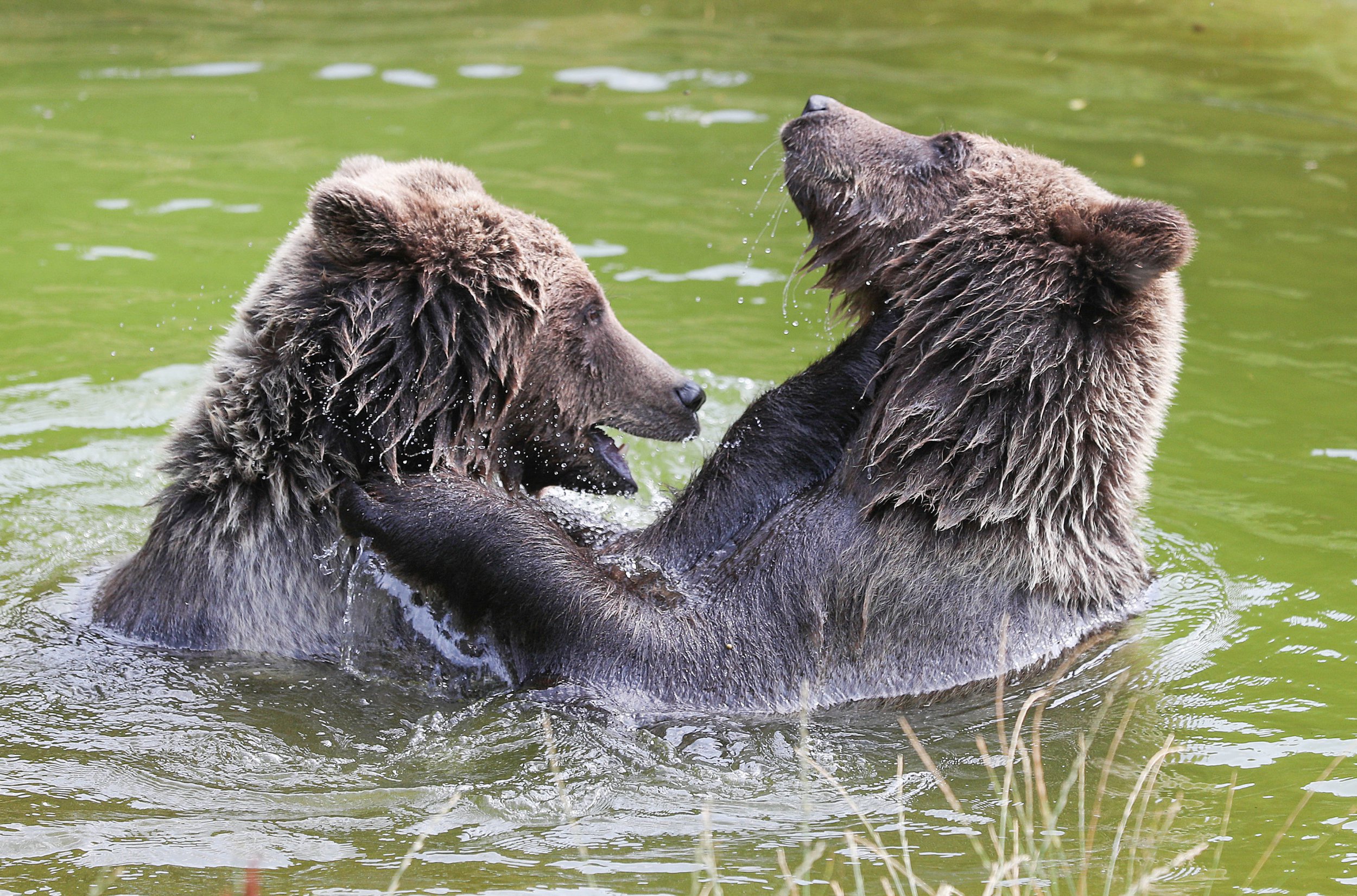 Two female bears have been euthanised after escaping from their enclosure at a Bedfordshire zoo, leaving staff ‘devastated’.

Snow White and Sleeping Beauty were reportedly shot after climbing across a tree – which had fallen due to strong winds – into the neighbouring section and attacking a wild male boar.

Whipsnade Zoo, in Dunstable, said it had no choice but to kill the animals due to the ‘immediate threat to human life’, describing the situation as ‘dreadful’.

The zoo’s chief curator, Malcolm Fitzpatrick, said: ‘As brown bears are strong and dangerous predators, our first priority is safety.

‘We must quickly make decisions informed by our experience and expertise to protect our people, guests and our other animals.’

Tranquilisers were not considered as they can take up to 20 minutes to work, added Mr Fitzpatrick, ‘during which time the animals can become unpredictable and aggressive as adrenaline is coursing through them’.

‘We had to intervene immediately to ensure the bears didn’t get out of the boar enclosure, which has a low fence,’ he added.

A third brown bear which had not left the enclosure was secured in her indoor den while the tree was removed.

Mr Fitzpatrick said there would be a full investigation into Friday’s incident, adding: ‘As zookeepers and animal carers, this situation is something we train to deal with through regular, rigorous drills – but one that we always hope we’ll never have to face.

‘I’m devastated by the outcome of this morning’s incident, but I’m confident that our actions prevented any further loss of life.

‘Our experienced zookeepers, who were on the scene within minutes, promptly assessed the situation and agreed the only option was to euthanise the bears.

‘No one wants to be the one to make that call, but when there’s an immediate threat to human life, the decision is made for you.

‘The colleagues involved today have experienced the dreadful situation that every vet and keeper thoroughly trains for, but hopes will never come to pass.

‘I ask you to support them in the coming weeks as they come to terms with today’s events.’