Sources said as many as 21 members of 32 Engineer Regiment had been hauled in for questioning after reports of a secret barracks party that may have involved drugs in the Catterick Garrison in North Yorkshire. They said many of the troops suspected of being involved have had compulsory drugs tests and if the results prove positive, then those involved – whose colleagues are helping with Liverpool’s mass coronavirus testing – could be thrown out of the Army.

About 2,000 military personnel – including at least two squadrons of around 200 troops from 32 Engineer Regiment – are in Liverpool to help deliver the programme.

Ministry of Defence sources said the soldiers alleged to have been involved in last Thursday’s incident had not been deployed on the COVID-19 testing operation.

But senior officers were said to be “absolutely disgusted the rules have been breached.” 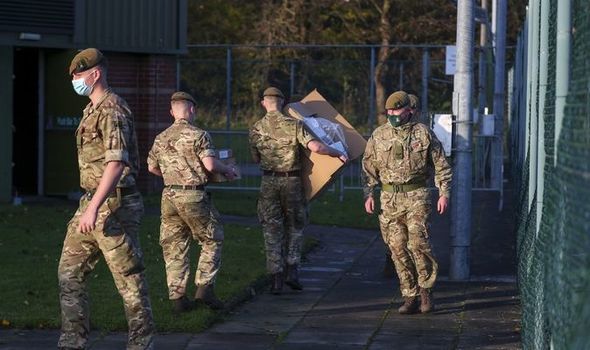 A Catterick insider told the Mirror: “This has caused a major problem and senior officers are absolutely disgusted that soldiers have broken lockdown rules.

“If any are found to have taken drugs that night the book will be thrown at them but it is bad enough that their regimental colleagues are on the frontline against Covid-19.

“Just by breaking the rules on social distancing so flagrantly they have tarnished the good work being done by their comrades in Liverpool.” 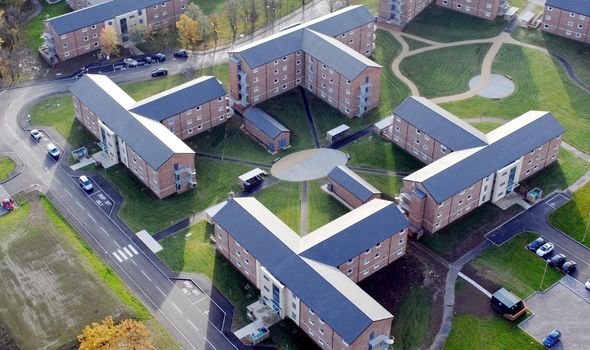 Royal Military Police are investigating the incident amid claims drugs were used at the party and that more soldiers were involved.

Some of those involved are said to have fled the base to avoid capture while others hid in vehicles parked on the sprawling camp.

The base was locked down last Friday and it is believed soldiers were then gathered together and transported to drug testing facility some miles away.

Military sources told the Mirror the compulsory drug test results will be revealed within the next two weeks.

An MoD spokesman said: “We are aware of an incident at Catterick Garrison last week.

“While this matter is under investigation, it would be inappropriate to comment further.

“Those who fall short of the Army’s high standards can expect to face sanctions including dismissal.” 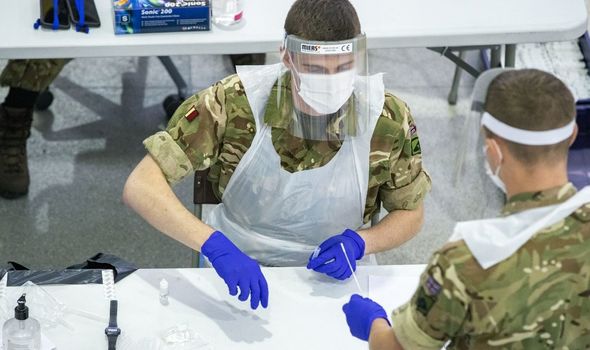 Members of 32 Engineering Regiment have been in Liverpool for more than a week as to help deliver the mass testing programme.

Test sites at Exhibition Centre Liverpool and council-run sports centres are providing lateral flow tests, with a turnaround time of under an hour, for people who live and work in the city and do not have symptoms.

Anyone who does have symptoms can get a swab test at one of the existing mobile testing centres in the city, which can also be accessed by those without symptoms.