The official celebrations of the Queen’s birthday will take place this weekend, commemorating her turning 95 back on April 21. The Queen has two birthdays, her actual birth date in April followed by official celebrations in June – known as Trooping the Colour. However for a second year Trooping the Colour will be pared back, with no crowds gathering to watch the royals parade to Buckingham Palace.

This year Trooping the Colour is taking place on Saturday, June 12.

Traditionally Trooping the Colour is a military parade which makes its way from Buckingham Palace down The Mall to Horse Guard’s Parade.

Members of the Royal Family parade alongside on horseback and in carriages.

There is usually 1,400 soldiers, 200 horses and 400 musicians, and the end of the parade is marked with an RAF flypast. 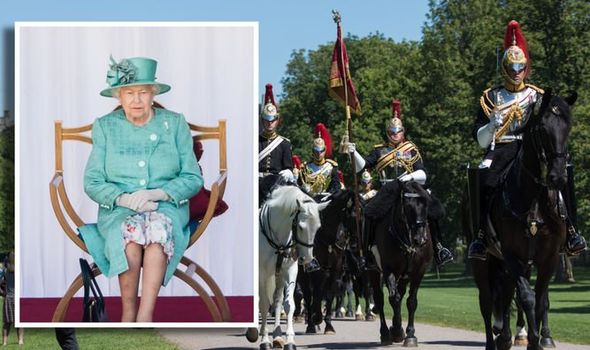 However, this year the event will be much smaller, and its location will instead be Windsor Castle.

This is due to ongoing Covid restrictions on social gatherings.

Buckingham Palace released a statement in March saying: “Following consultation with Government and other relevant parties it has been agreed that the Queen’s official birthday parade, also known as Trooping the Colour, will not go ahead this year in its traditional form in central London.

“Options for an alternative Parade, in the quadrangle at Windsor Castle, are being considered.” 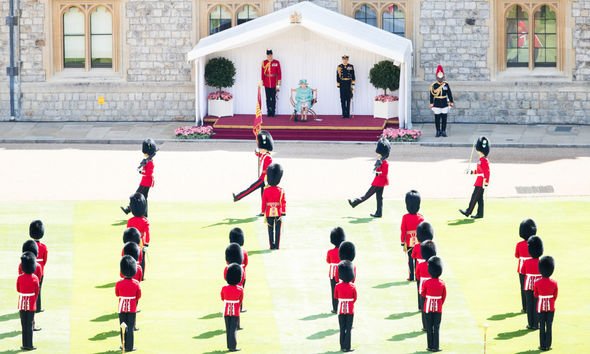 This year, the Queen will observe a mini parade in the Quadrangle, led by Foot Guards and accompanied by The King’s Troop Royal Horse Artillery and the Household Cavalry Mounted Regiment.

They will be accompanied by a massed band of the Household Division consisting of musicians from all of the five Foot Guards Bands and the 1st Battalion Scots Guards Pipes and Drums.

Sadly for the Queen, these celebrations may be bittersweet – as they are the first without her husband Prince Philip, who died on April 9.

Instead, she will be accompanied by her first cousin, Prince Edward, Duke of Kent

They will witness the mini-parade, and a 41 gun royal salute fired from the East Lawn of the castle.

The 41 gun salute will take place at 12pm, fired by the King’s Troop Royal Horse Artillery.

They will perform the salute using three of their World War 1 era Guns. 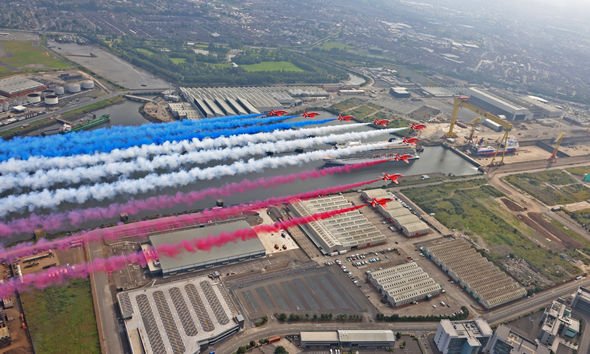 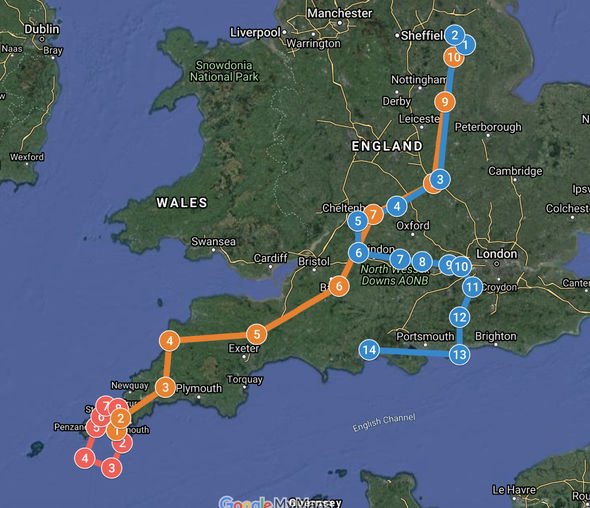 Can you watch Trooping the Colour?

Usually crowds pack the streets along The Mall to witness the spectacle, however, there will be no such gatherings this year.

A message on the Changing Guard website reads: “Windsor Castle will be closed and to avoid the creation of unnecessary crowds members of the public are asked not to attend Windsor town centre or gather in the hope of seeing any of the military’s activity, but to watch the parade via the live broadcast on BBC One.”

Brits are encouraged to keep any personal celebrations small and watch the ceremony on TV.

The spectacle will be aired live on BBC One, starting at 10.15am.

Trooping the Colour can also be streamed live via BBC iPlayer.

If you miss the event, you can also catch up on BBC 2 at 8pm on Saturday.

A mini-parade will take place through Windsor to make up for the London spectacle.