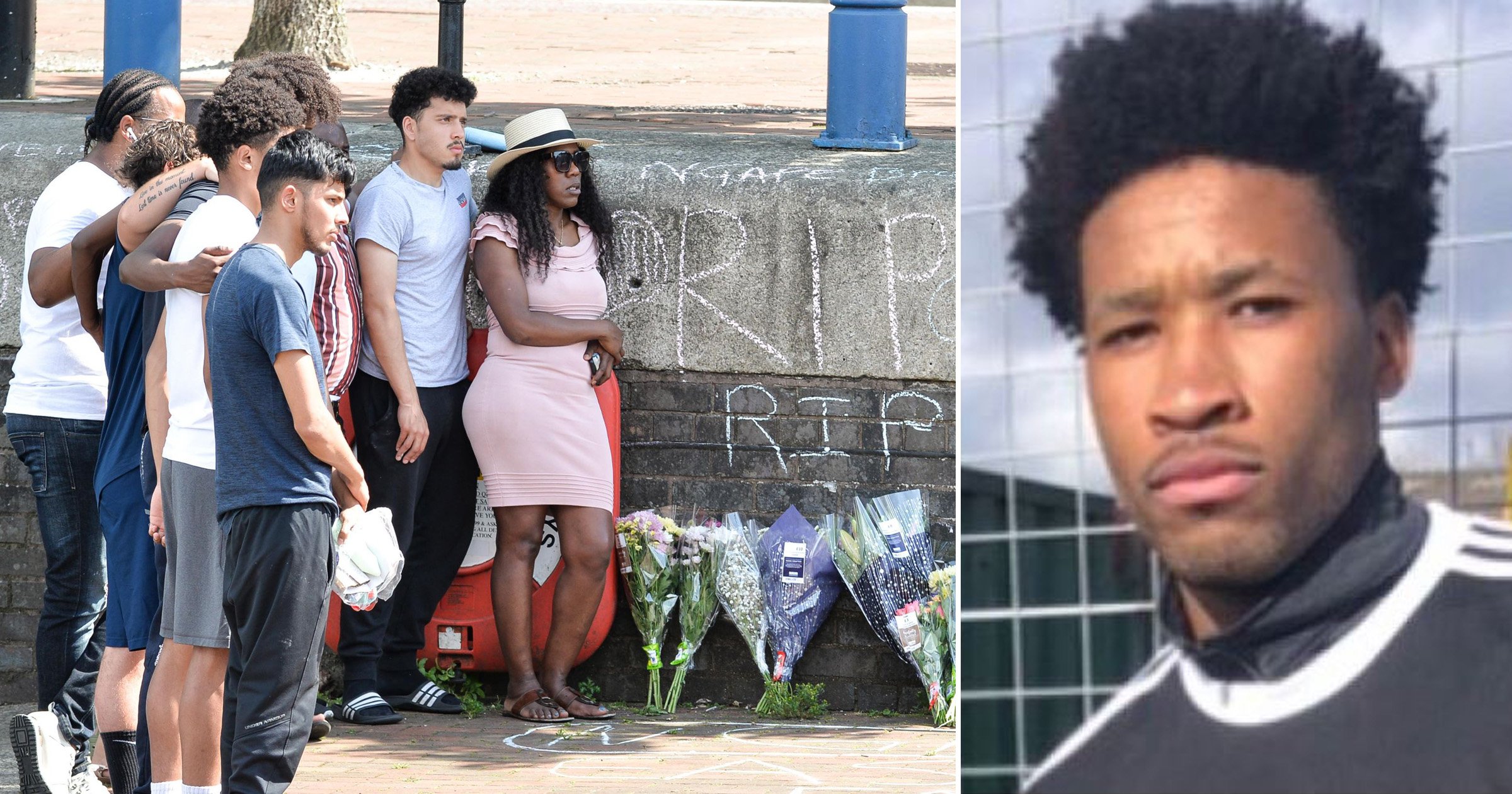 A 19-year-old who lost his life while swimming in the water at Salford Quays has been named as Ngapee Merenga.

It is understood that Ngapee, a ‘talented’ footballer from Ardwick in Greater Manchester, had been enjoying a swim with teammates when he disappeared under the water on Sunday.

Several young men are said to have made desperate attempts to rescue him until emergency services arrived and divers began to search the water.

Following a huge rescue operation, Greater Manchester Police confirmed the body of a 19-year-old man had been recovered at about 7.40pm.

Ngapee is one of eight people to have died after getting into difficulty in rivers, lakes and the sea over the heatwave weekend, as the country recorded the hottest day of the year so far on Sunday.

Tributes have poured in for Ngapee, who was described as a ‘true legend’ who was ‘always smiling’.

Family and friends yesterday gathered at the Quays where the tragedy unfolded and held hands as they paid their respects to the young footballer.

Many lay flowers and left tribute messages and love hearts in chalk at the water’s edge.

Yahya Mazhar, 18, who played alongside Ngapee for East Central Falcons FC in Ardwick, recounted the ‘devastating’ moment his friend didn’t resurface in the water.

He said the team had played a match on Sunday morning before heading to Salford Quays for a swim to cool off.

Yahya, from Longsight, said: ‘We had been here for about an hour and we’d been swimming.

‘We were about to go and Ngapee said he wanted to jump in one last time.

‘He jumped in and never came back up.’

Yahya, who described his friend as a talented striker, has launched a GoFundMe page with the team to help Ngapee’s family with funeral costs.

‘He always just such a good guy and always smiling,’ Yahya added.

‘If we’d lost a game of football afterwards he’d always find a way to get our heads back up.

‘I’ve trained with him for a while and he meant a lot to all of us.’

The GoFundMe page says that Ngapee was ‘very hardworking’ and had always dreamed of becoming a professional footballer.

It’s understood that Ngapee had moved to Manchester with his family from Namibia around five years ago.

Mike Edwards, manager and coach of East Central Falcons, described Ngapee as ‘a true legend’ who ‘always gave his best to the team’.

While paying respects to the footballer with the team at The Quays on Monday, Mr Edwards said: ‘You could not have met a nicer person either.

‘As a coach and manager, they played a game and then everyone had gone out to enjoy the sun.

‘The next thing, you’re waking up to this terrible news that Ngapee has died.

‘The most important thing now is for everyone to come to terms with what has happened.’

In a statement, released on Sunday, GMP said: ‘At about 4.40pm today, officers were called over concerns for a man in the water at Salford Quays.

‘NWAS and GMFRS also attended but, sadly, the body of a 19-year-old man was recovered from the water at about 7.40pm.

‘An investigation is under way and a file passed to the coroner.’