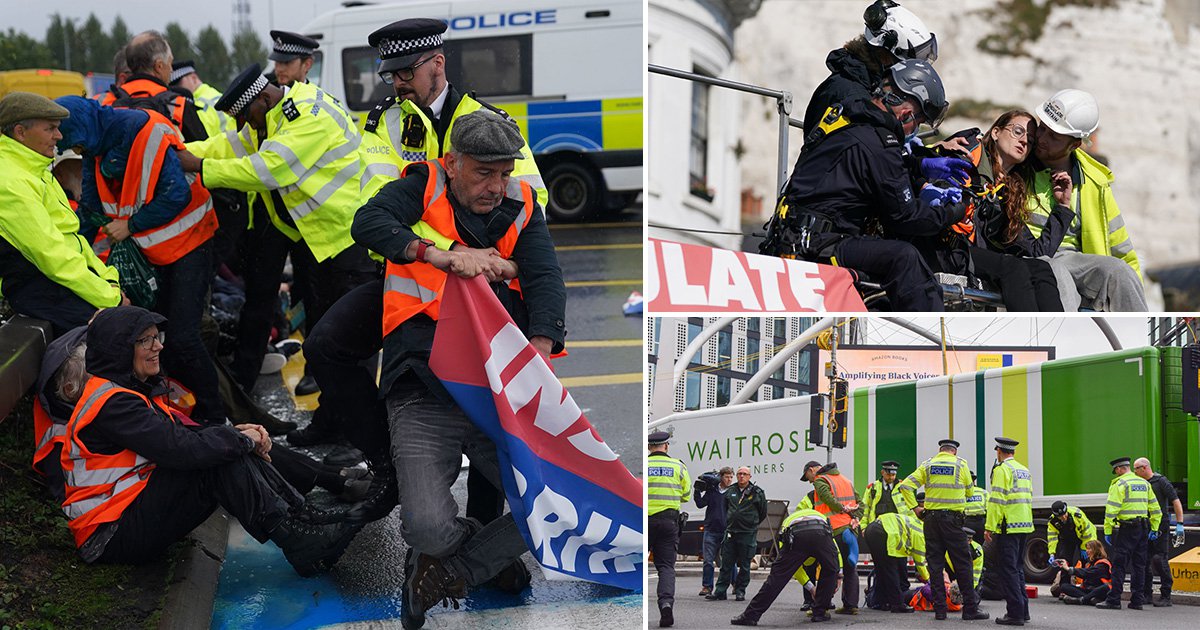 Transport for London has obtained a High Court injunction to ban Insulate Britain protesters from obstructing traffic at 14 locations around the capital.

It comes after the climate activists were accused of blocking ambulances as they sat in the middle of Old Street – a few hundred yards from Moorfields Eye Hospital.

The Extinction Rebellion offshoot group also returned to the M25 during rush hour this morning, in breach of a previous High Court order.

It also covers Park Lane including Marble Arch and Hyde Park Corner, Elephant and Castle including all entry and exit roads and the Victoria one-way system.

A TfL spokesperson said: ‘The safety of people travelling on the capital’s roads is our number one priority.

‘We have been granted an injunction this afternoon by the High Court which bans protesters from engaging in activities that obstruct traffic at 14 locations. This will help to protect London’s road network and everybody using it.

‘We will continue to work closely with the police and other highway authorities in London to manage the impact on the road network and would encourage people to check their journeys before they travel.’