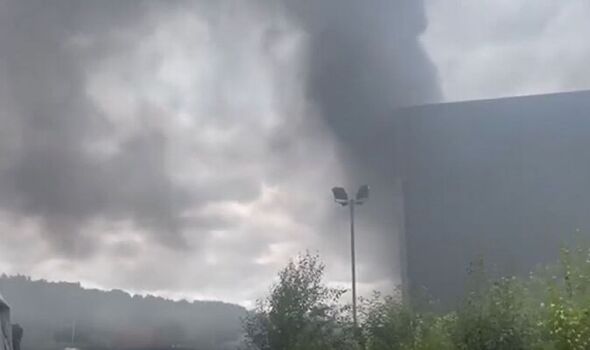 Heaps of rubbish are alight at a recycling centre in Clifton, Salford – around eight miles from Manchester city centre. Pictures show smoke blanketing the area where firefighters are tackling the blaze.

Crews were called just before 3pm.

A Greater Manchester Fire and Rescue Services spokesperson said: “At 2.48pm on Monday, July 4 firefighters were called out to a fire at a commercial building on Rake Lane, Swinton. 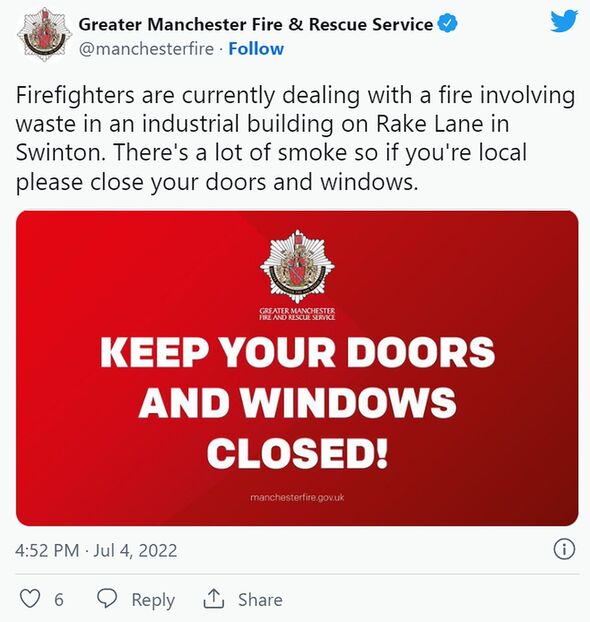 “Four fire engines from Whitefield, Agecroft, Broughton and Salford fire stations – as well as a Command Support Unit from Atherton – have attended.

“Firefighters remain at the scene and are using a jet and two breathing apparatus to tackle the blaze which involves a large pile of rubbish and a digger in a commercial shed.

“Residents and business owners nearby are being asked to keep windows and doors closed.”