Theresa May scrambles to find a deal as Brexit crunch looms

LONDON/BRUSSELS (Reuters) – British Prime Minister Theresa May was scrambling on Monday to clinch concessions from the European Union in a last-ditch attempt to avoid another humiliating defeat in parliament of her deal to exit the bloc.

Just 18 days before the United Kingdom is due to leave the EU, there is still no ratified divorce deal and talks with the bloc stalled over the weekend as May felt she was unable to break the political deadlock in London.

In a day of frenetic diplomacy ahead of a Tuesday parliamentary vote on her deal, May spoke to European Commission President Jean-Claude Juncker in an effort to find a way through the Brexit maze.

“The negotiations are ongoing. The British Prime Minister is travelling to Strasbourg this evening I understand to try to finalise an agreement if that’s possible,” Coveney told reporters in Dublin.

May’s spokesman said a “meaningful” parliamentary vote on her deal would go ahead, even though talks with the EU are deadlocked, and the motion would be published later on Monday. The exact vote format was not immediately clear.

European officials expressed frustration with May’s attempts to secure concessions with so little time left before Britain is due to leave on March 29.

EU ambassadors were told by the bloc’s Brexit negotiators that a possible compromise was on the table but May was unable to convince her ministers so she turned it down.

Sterling see-sawed on Brexit news, falling in early trade on speculation that May could cancel the vote in parliament but later rising on news that May could travel to Strasbourg. It was trading at $1.3079 at 1500 GMT.

The United Kingdom’s tortuous crisis over EU membership is approaching its finale with an extraordinary array of options including a delay, a last-minute deal, a no-deal Brexit, a snap election or even another referendum. The country voted to leave the EU in a 2016 plebiscite.

The ultimate outcome remains unclear, though most diplomats and investors say Brexit will define the United Kingdom’s prosperity for generations to come.

Unless May can strike a deal she can sell to sceptical British lawmakers, the deadlocked talks effectively open up the prospect of either a last-minute deal, probably around the time of an EU summit on March 21-22, or a delay to Brexit.

Parliament rejected May’s deal by 230 votes on Jan. 15, prompting her to return to Brussels in search of changes to the so-called Irish backstop – an insurance policy to prevent the return of a hard border between Ireland and Northern Ireland.

Many British lawmakers object to the backstop on the grounds that it could leave Britain subject to EU rules indefinitely and cleave Northern Ireland away from the rest of the United Kingdom.

But the EU has repeatedly said it does not want to reopen the divorce deal, officially known as the Withdrawal Agreement, and the British government’s top lawyer has failed to find a legal fix.

“We’re very clear that the Withdrawal Agreement can’t change but we want to try to be helpful in terms of providing the clarity and reassurance that’s needed in Westminster that the backstop is intended to be temporary,” Ireland’s Coveney said.

“No one is looking to trap anyone anywhere.”

In Brussels, diplomats and officials said Britain would face EU demands for billions of euros in cash if it fails to strike a Brexit deal.

May offered members of parliament the vote on Tuesday on what she had hoped would be a revised deal. But with no major changes yet secured, Brexit-supporting MPs said it would be defeated again.

“We will essentially be voting on exactly the same Withdrawal Agreement that we voted on last time and in very simple terms: if you ask the same question you are likely to get pretty much the same answer,” said Mark Francois, a pro-Brexit lawmaker in May’s Conservative Party. 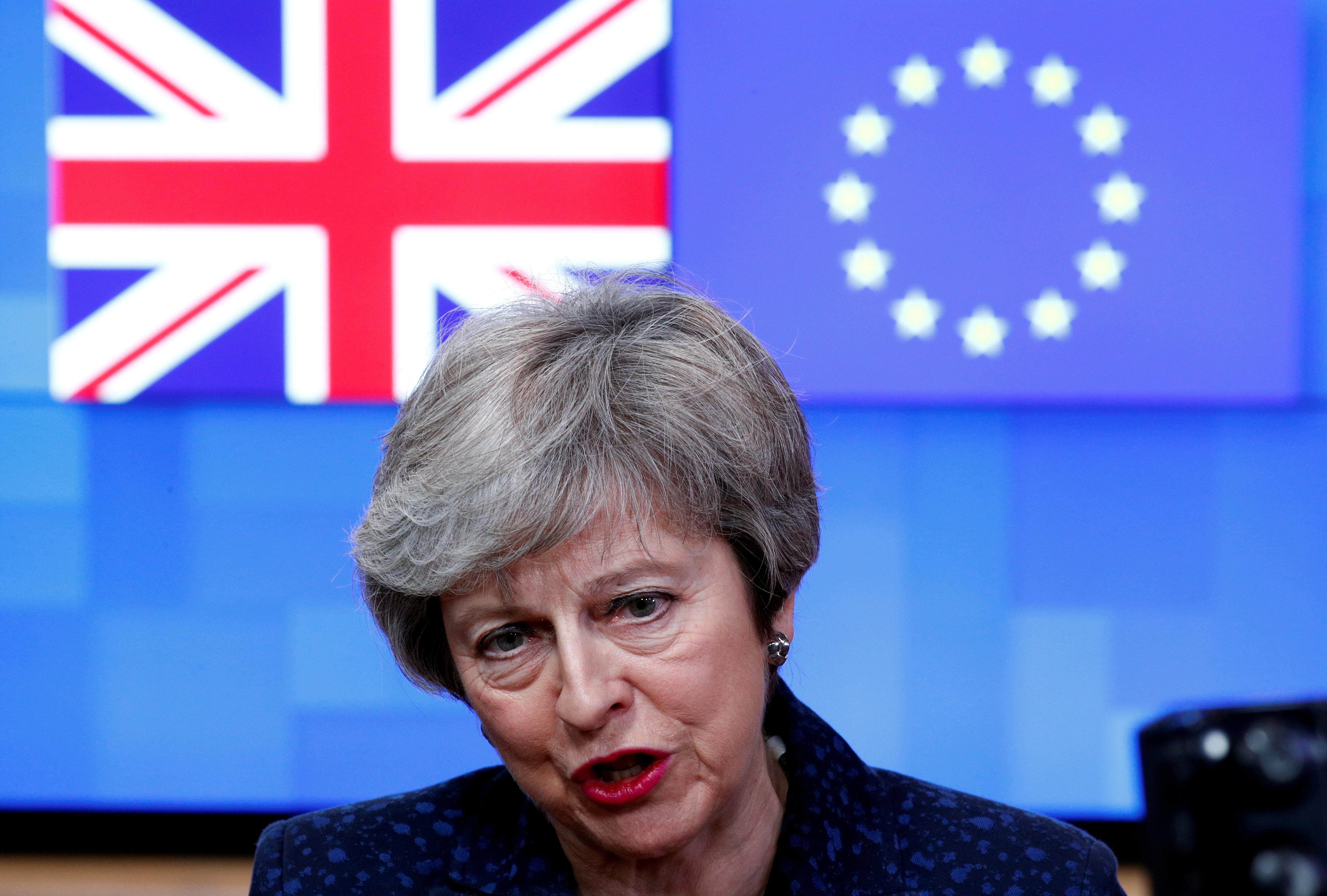 Nigel Dodds, deputy leader of the Democratic Unionist Party (DUP) that props up May’s minority government, and Steve Baker, a leading figure in the large eurosceptic faction of her Conservative Party, said she was heading for defeat.

If her deal is defeated, May has said she will give MPs a vote on Wednesday on leaving without a deal on March 29. If they reject that, then they will vote on Thursday on delaying Brexit.

Yvette Cooper, an opposition Labour Party lawmaker who has led efforts to hand parliament more control over Brexit, said parliament would try to take control of the exit process if May was unable to build a consensus.