Teenager and dog rescued from frozen pond as temperatures plunge 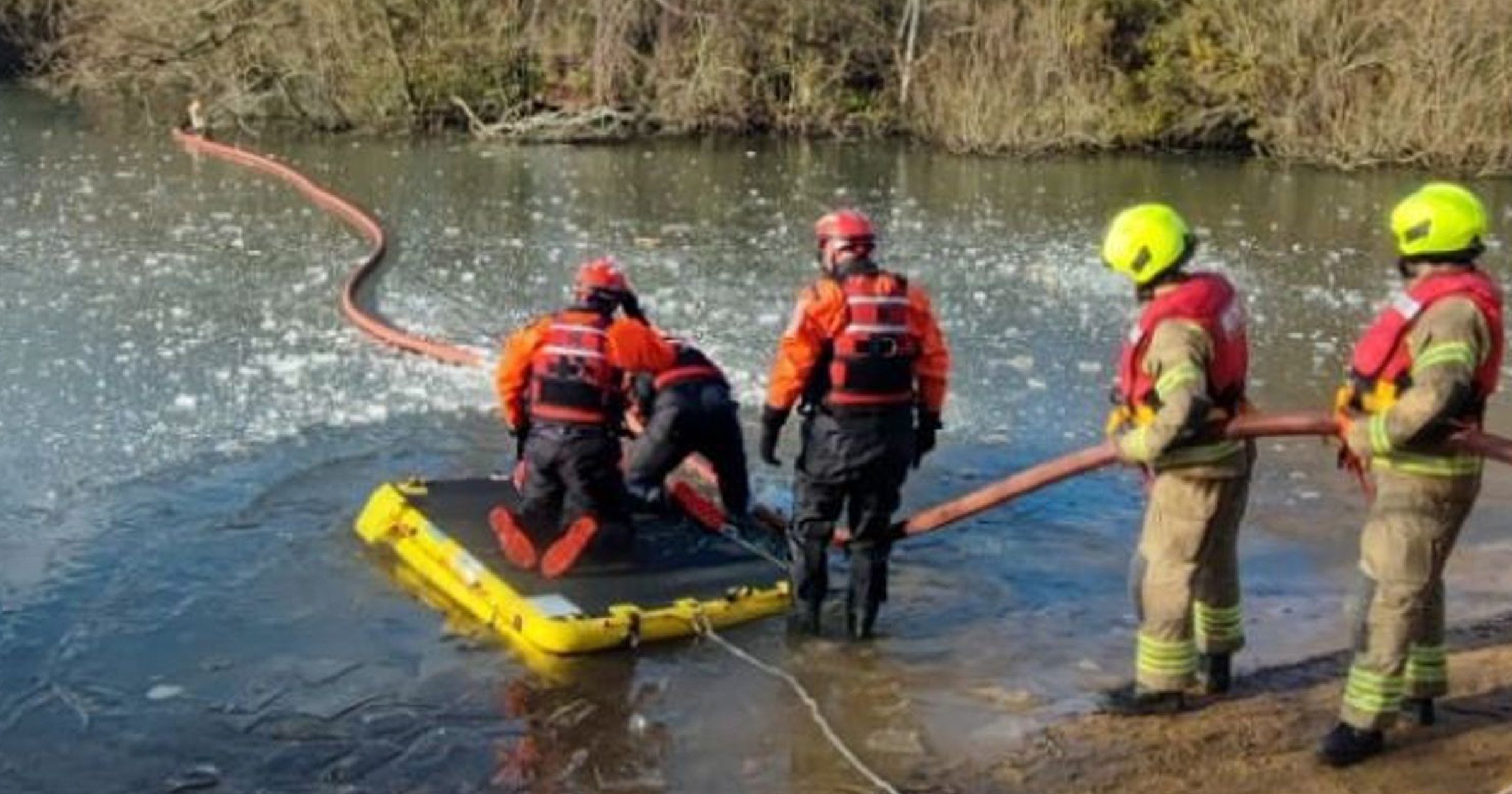 Firefighters have issued a desperate plea for people to avoid walking on frozen lakes.

Emergency crews in London were today tasked with rescuing a teenager and a dog from an icy pond on Whipps Cross Road in Leytonstone.

They were trapped ‘quite a way from the shore’ in a pond that had frozen over.

The London Fire Brigade has issued a stark warning to the public, just over a month after the Solihull lake tragedy.

A spokesperson said: ‘Walking out on to frozen ponds or lakes is extremely dangerous.

‘Never assume that the ice is thick enough to support you. It may look sturdy enough to stand on, but it often isn’t and can be of variable thickness especially as you move away from the edge where the ice is often thinner.

‘If you fall into icy water, the risk of hypothermia is very high and can prove fatal.

‘We see a number of people who put themselves in danger by attempting to rescue pets that have become stranded or trapped, and then they also need to be rescued by the brigade.

‘Dog owners should keep them on a lead and keep a close eye on them.

‘Firefighters are trained and have specialist equipment to rescue those who do get stuck on, or in, an icy lake or pond, so if you see a person or an animal in difficulty don’t put yourself at risk by going in after them.’

The warning comes as parts of southern England will see temperatures hovering just above -10°C right up until Sunday.

Many of these areas will have woken up to freezing fog this morning, with some set to become eligible for cold weather payments.

These are made to vulnerable people, including pensioners, to help them pay for heating when the temperature dips below freezing.

London is currently between 4°C and 5°C, dropping to 3°C tonight, with temperatures set to stay around these numbers until they start rising to about 7°C over the weekend.

Met Office forecaster Craig Snell said: ‘Across the south of England and Wales we’re still under the colder conditions, so there could be some fog again which will be quite slow to clear.

‘When there is cloud it’s going to feel pretty cold, but in the sunshine, although it will be cold, the sun will help negate the cold a little bit.’