A video taken on Saturday shows a long line of people waiting to take a photo at the peak of the highest mountain in Wales. One walker, who climbs Snowdon every week, said he was “shocked” by the busy scenes.

Arwyn Roberts, from Llangefni, said most car parks were full by 8am when he arrived.

He told North Wales Live: “I managed to find somewhere to park and I had planned to take a quieter route up the mountain – but there were no quieter routes.

“I usually walk up the mountain first thing in the morning and I haven’t been there at the weekend for a long time, so I was quite shocked by what I saw.

“Even from below you could see the line of people stretching down the mountain from the summit. 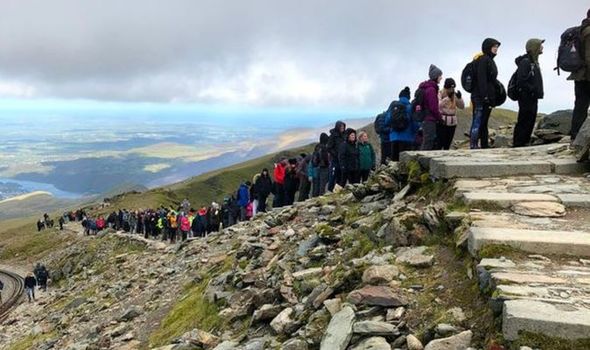 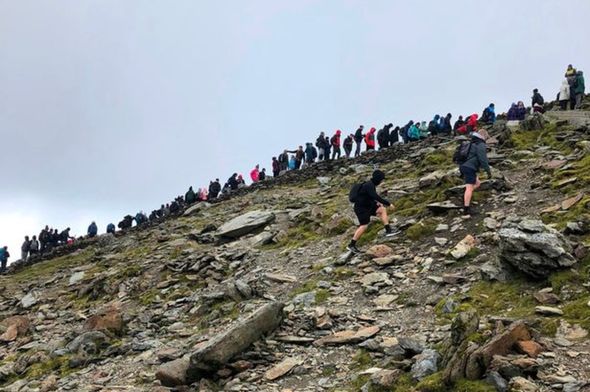 “It was still quite early, so it would probably have got busier later on.”

Mr Roberts said that people were social distancing when they got to the peak but they did not appear to be while in the giant queue.

He said: “People were going to the summit in twos and threes to take photos. 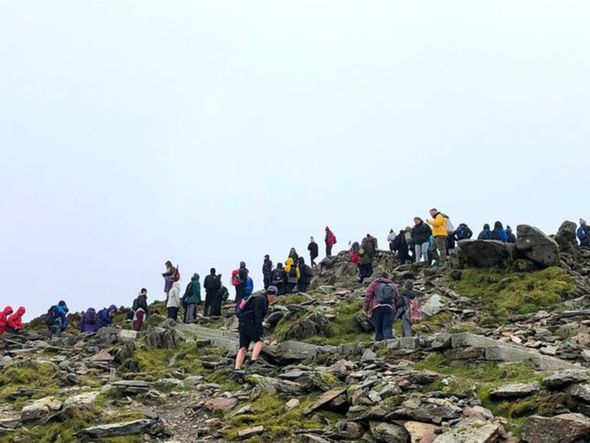 “But there wasn’t much sign of social distancing in the queue below.”

He added: “I don’t want to see Snowdon closed as climbing it every week is a release from work and part of my fitness regime. 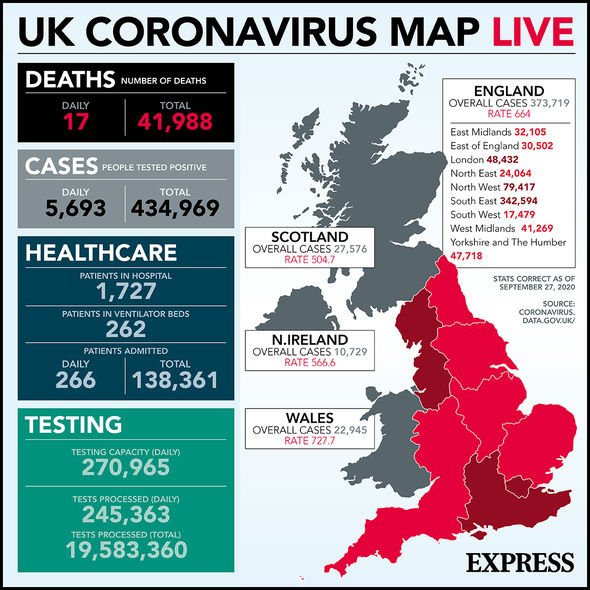 “But if it carries on like this, the mountain will be closed and then everyone will lose out.”

The video comes as people in Wales have been urged to avoid unnecessary travel following a surge in coronavirus cases.

The clip prompted a shocked reaction from some Twitter users.

One wrote: “Not much social distancing there, and where are the police ??”

Another said: “Think I would find somewhere a bit quieter to take a walk even without this Corvid issue.”

A third added: “Why would you bother?! 823 sq miles of Snowdonia to walk in but heh, let’s all go and climb Snowdon!”

One more fumed: “Do people really not understand what is happening right now? Staggering stupidity, which is eventually going to lead to another total lockdown.”

A fifth wrote: “That’s insane. So many other mountains to explore in Snowdonia National park.”