Sophie Wessex back with air rescue service that saved her life

The Countess was grateful to the crew who flew her to hospital in 2001 when she fell gravely ill with an ectopic pregnancy. Sophie, now 55, went on to become patron of Thames Valley Air Ambulance. And when shown around one of the service’s rescue EC135 helicopters at the ceremony, she joked: “I’ve been in here so often I could fly it myself.”

She launched the celebration at White Waltham airfield near Maidenhead, Berkshire – which was the original base where crews worked from a caravan.

“No expense spared,” Sophie laughed when the humble beginnings were explained.

Sophie spoke to the medics who switched to helping Covid-19 patients during lockdown as the demand for rescues fell.

The Countess, who has been volunteering during in the last few months, discussed the challenge of working with masks on and how it has affected treating patients.

She said: “We communicate so much with our faces, even just a look. You probably don’t realise quite how much you communicate with each other just by looking at each other.” 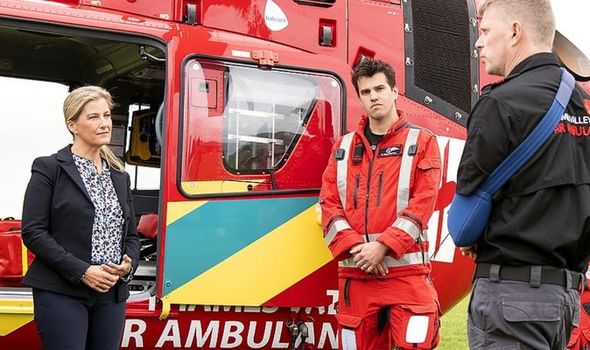 The mother of two also spoke to other people who have been rescued by the service.

Charlotte Ballard, 27, from Hampshire, was seriously injured in a car crash in 2013 after skidding off the A34 in Chieveley, Berks, and dropping down a 30ft embankment.

She was inspired to train as a paramedic after returning in 2015 to meet the crew who treated her.

She said: “I was saving up for a cake shop before then.” 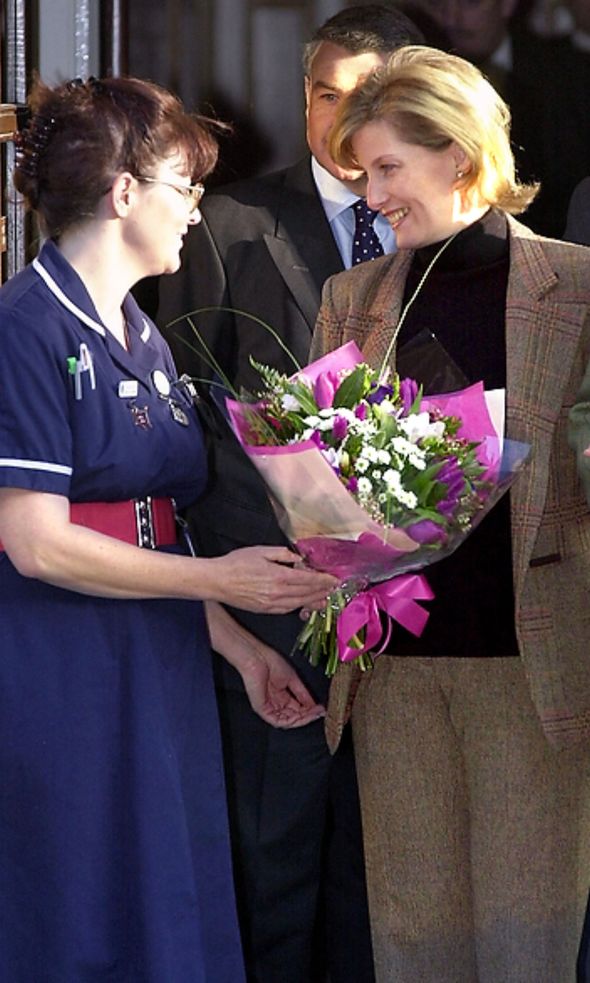 She qualified in July and hopes to work on air ambulances after five years’ experience elsewhere.

Sophie also spoke to Spencer Hillier, 47, a former RAF pilot from Lacey Green, Bucks, who suffered life-threatening injuries after being hit by a car when cycling in May 2019. They discussed the dangers of cycling with inconsiderate drivers around.

Sophie told him how boy racers in high-powered cars used the roads around her Bagshot Park house in Surrey. “They use it as a race track,” she said. “You can hear them at night.”

The air ambulance, funded by charity donations, costs £9million a year to run and is now based at RAF Benson in Oxfordshire – attending up to 2,500 serious incidents every year.