Sophie, Countess of Wessex, hailed ‘unsung treasure’ for working ‘without fuss and bother’

The Royal Family posted a picture of Sophie speaking on a video call to an array of men and women as part of her role in the Women Mediators across the Commonwealth Network. The picture was accompanied by a caption which said: “The Countess of Wessex yesterday joined a meeting with the Women Mediators across the Commonwealth Network, to celebrate the role of women peace builders. HRH champions the Women, Peace and Security agenda, which aims to increase women’s participation in peace processes.”

Royal fans were quick to praise the Countess for her work as a member of the Royal Family.

One said: “Love how the Countess of Wessex works quietly behind the scenes with no fuss and bother.

Another added: “Wow! The Countess is truly an unsung treasure.

“I admire how she carries out her role.”

A third fan called the project an “important” way to promote women’s roles in peace processes.

They said: “Can’t even begin to say how much I love that Sophie focuses on this.

“Such an important aspect to peace.” 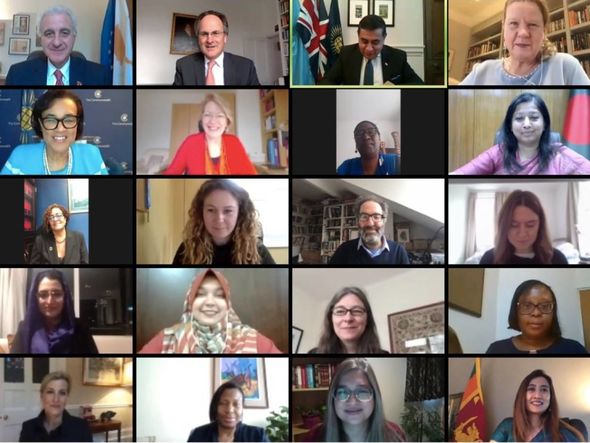 The Countess has had a busy time recently after she helped pack parcels at her local food bank in Wokingham.

The food bank tweeted: “On Thursday, November 12, Her Royal Highness The Countess of Wessex made a private visit to our food bank to help out.

“Her Royal Highness spent time talking to volunteers about how they have responded to the Covid-19 emergency.”

A picture of Sophie volunteering was also posted on social media, where she was seen wearing a pair of jeans, a navy jumper and knee high boots.

Sophie has been a big part of the Royal Family’s response to the coronavirus crisis this year.

He said: “She is making a difference in a very understated, very ‘Sophie’ way.” 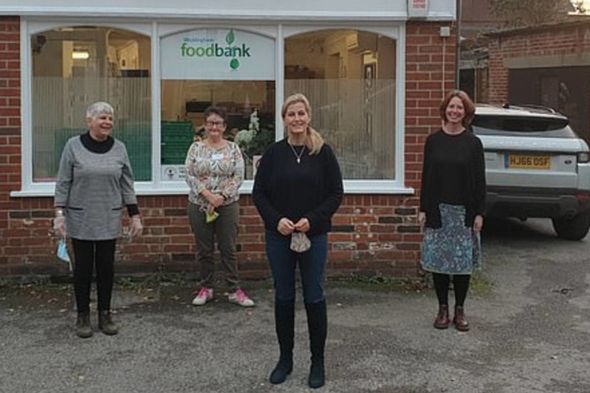 She told PEOPLE magazine: “There’s no fanfare. These are private visits done in her own private time.

“When she leaves our kitchens, she generally then goes on to do more projects in different hospitals.”

A friend added: “She was brought up by her parents and there was going to be no free ride in her family.

“She wasn’t born to be the eldest daughter of a duke and duchess and find a marvellous marriage and polish her tiaras.”