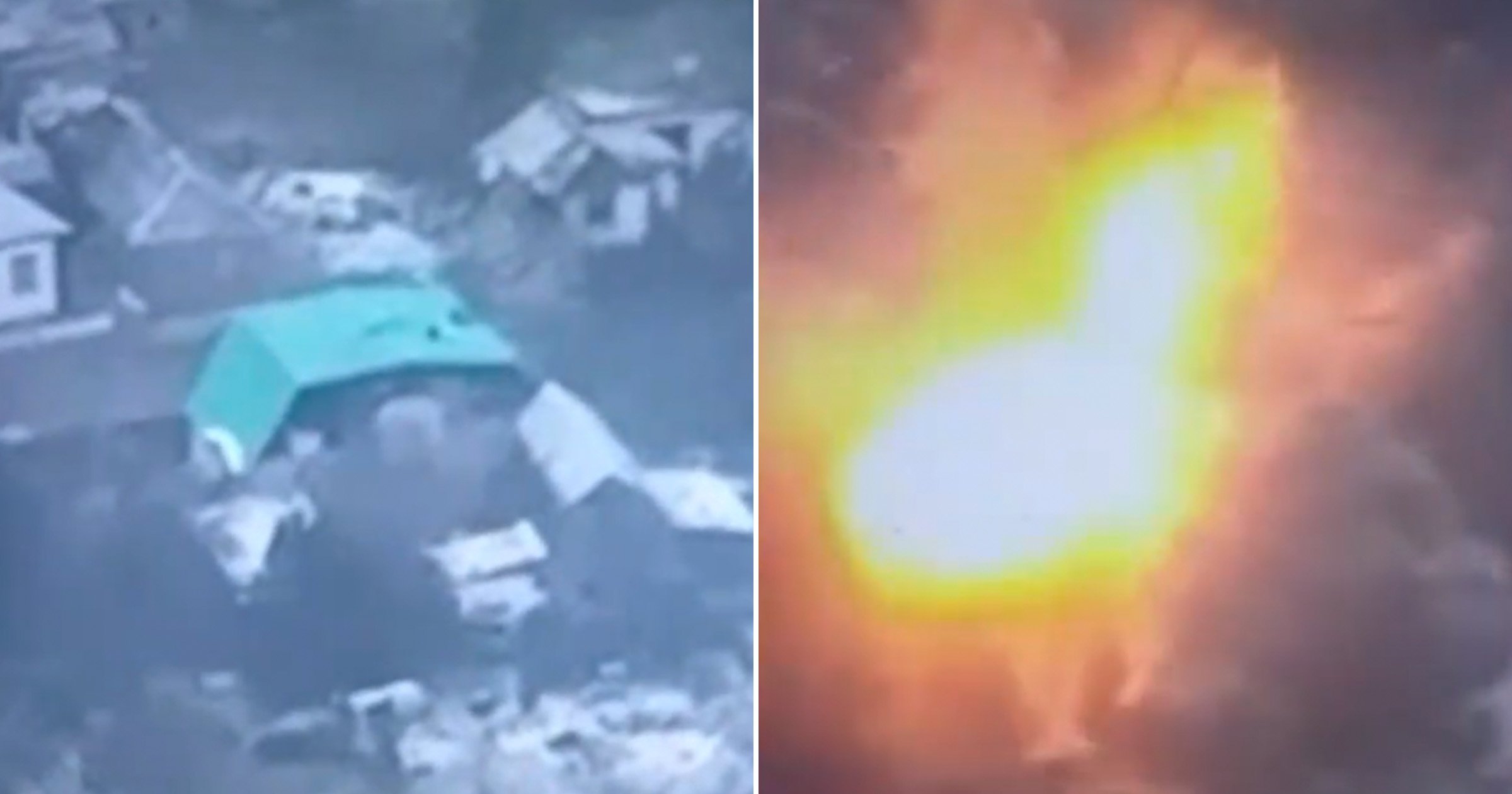 This is the moment the Ukrainian forces allegedly took out some 25 Russian soldiers in the battle for Soledar.

Ukraine has claimed it decimated an entire enemy military unit in the salt mining town with a single Himars – a missile launcher mounted on a five-tonne truck.

Footage shared on Telegram shows troops claimed to be from the Wagner Group walking past rail tracks to find cover at a large building.

Moments later, the entire building can be seen blown up in pieces by the missile.

Smoke billowed into the air afterwards as a fire raged at the site where seconds earlier enemy soldiers were seeking shelter.

The video was shared by Ukrainian @bayraktar_1love account, which monitors the frontline, on Friday.

‘Tracking of a Russian military unit and subsequent HIMARS/M270 strike at their location, eastern front,’ the post read.

Soledar, in eastern Ukraine, has become the centre of some of the fiercest fighting in recent weeks.

The Kremlin claims to have captured the town – already disputed by the Ukrainian government – but holding it maybe another matter.

Donetsk governor, Pavlo Kyrylenko, said on Thursday the situation was ‘difficult’ and that Russian troops were advancing from various directions.

He stressed that the enemy had sustained a large number of casualties, including members of the Wagner mercenary group.