Soldier awarded rare war medal sells it for £140,000 to buy house for family 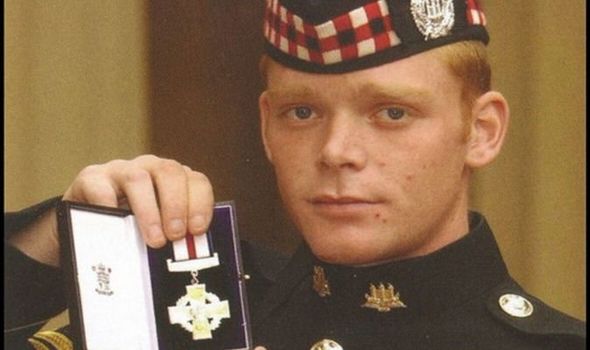 Shaun Garry Jardine from Dumfries, Scotland, was awarded the Conspicuous Gallantry Cross (CGC) for his bravery in the Iraq War. He was part of a quick reaction force that came under attack on August 9, 2003.

Facing heavy-machine gun fire, he ordered his team to provide covering fire and then assaulted the enemy positions, storming them and forcing them to withdraw.

The then-21-year-old’s actions led to him being awarded the CGC, a medal second only to the Victoria Cross in prestige for honouring combat bravery.

Auctioneers Dix Noonan Webb said it is the only CGC to have been awarded to a Scottish regiment and is one of 60 to be given out to this date, Daily Record reports.

Shaun served as a corporal in the King’s Own Scottish Borderers and later the Royal Regiment of Scotland, rising to the rank of warrant officer class 2.

When awarded the CGC, he was praised for his quick-thinking, courage and inspirational leadership during the operation in Maysan Province.

Mr Jardine, who has recently left the Army having joined aged 16, said before the auction that he was selling the CGC along with six other medals as he would like to buy a house for his family.

The 39-year-old said after the sale: “I am very happy with the result and what Dix Noonan Webb have done for me to get such a good price for my medals. It will really help towards securing a new home for my family.”

Christopher Mellor-Hill, head of client liaison at Dix Noonan Webb, said: “We are delighted to see Shaun Jardine’s medals sell for a well-deserved £140,000, being the unique CGC to a Scottish regiment and also being one of the few remaining CGC awards available to collectors for the Iraq War.”

The medals were auctioned alongside a print of David Rowland’s painting of the recipient winning his CGC and a file containing 15 letters of congratulation.