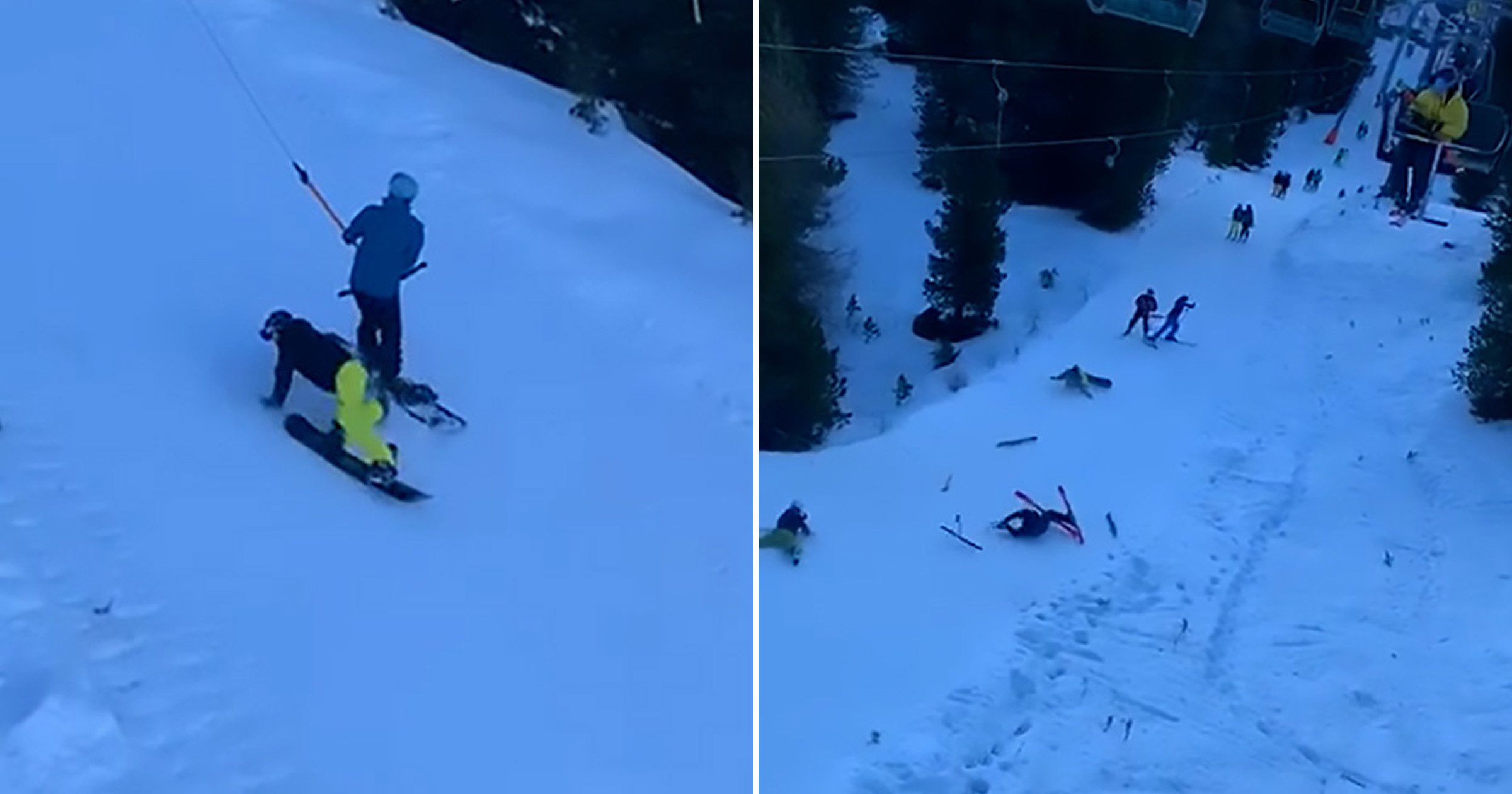 A snowboarder caused chaos after he crashed down a tow lift into the skiers behind him then was arrested by police.

The 18-year-old, from Hungary, was riding the Rosenkranz lift at Austrian ski resort Kreischberg last week when the seat he was using slipped out from between his legs.

Video footage then shows the unnamed teenager desperately trying to hold on to his seat to stop him from falling.

But he soon lost his grip and began sliding down the piste into skiers using the lift behind him.

They are knocked off their seats one by one as the falling snowboarder continued to gain speed – leaving a trail of destruction.

One victim suffered injuries serious enough to warrant a rescue helicopter, while three others also needed treatment at a nearby hospital in Friesach.

Instead of staying to help the many fallen skiers, it is alleged the snowboarder chose to glide away from the scene.

The incident was reported to the Alpine Service of the Murau District Police Command by the people affected.

A hunt was launched for the suspected culprit, who was detained for several hours last Wednesday according to Austrian outlet Kronen Zeitung.

It is unclear what charges he may face.

Despite many seeing the funny side of the video, others were left feeling horrified at the footage.

Molnár Zsolt said: ‘A total of four people who came behind him were injured, one of them head to be taken to the hospital by an ambulance helicopter – it’s not funny!’

‘People were injured and there are more than 3,000 reactions and laughing emojis… are people seriously not normal,’ Bősze Ágnes Stella wrote.