Slow mooving traffic as cow wanders on to the M6 motorway

A cow had to be led back to its farm after wandering onto the motorway and blocking traffic in Staffordshire.

The animal was spotted by drivers on the M6 at Doxey late on Tuesday night, the Central Motorway Police Group (CMPG) said.

It had got onto the carriageway after “idiots forced and left a farmer’s gate open”, they added. 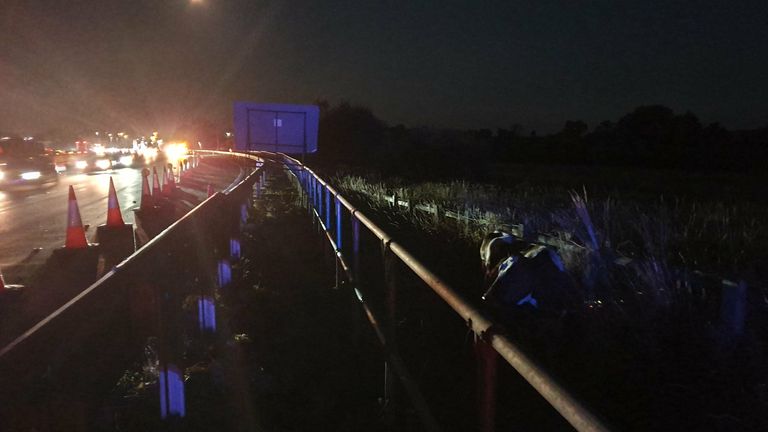 CMPG, which manages motorways in Staffordshire and the West Midlands, had to close the road before joining forces with Highways England and some local farmers to coral the cow back to its field.

“She was safely walked off the network and back home after an exciting night out,” CMPG wrote on Twitter.

“Many thanks to the drivers held up as we shut the carriageway, your patience as we deal with these and other incidents is greatly appreciated.”