Home Secretary Sajid Javid delivered a speech on Friday to civil society groups, charities and academics as he vowed to tackle extremism entering mainstream politics. During his speech, Mr Javid “applauded” Brexit Party leader Nigel Farage for his remarks when he walked away from Ukip. The Home Secretary said: “Around the world, populism and even open racism, have catapulted extremists to power.

“I am proud to say, this has not happened in mainstream politics here.

“We are naturally liberally minded people. We remain the most successful multi-racial democracy in the world.

“Ukip have floundered since they moved further right. With their leader being advised by EDL founder Stephen Yaxley-Lennon, a man that is now behind bars.

“That decision sparked a wave of resignations and their support has collapsed.” 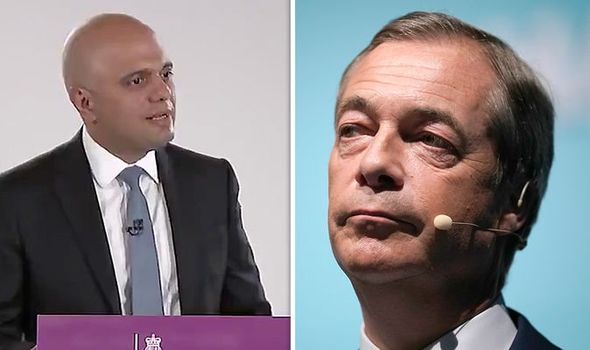 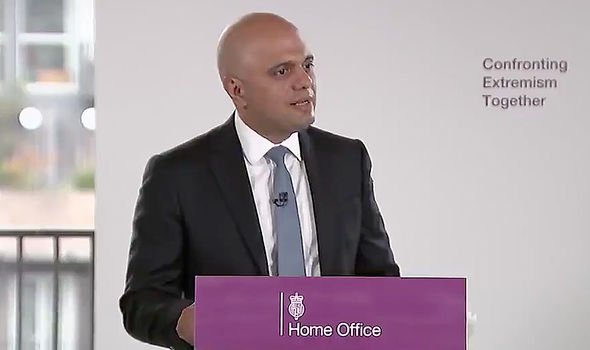 We must give credit where credit is due. So I applaud Nigel Farage

He continued: “We must give credit where credit is due. So I applaud Nigel Farage for walking away branding Ukip thugs and extremists.

“Even though his Brexit Party has not made my life any easier, I want to be clear, they are not extremists.

“It doesn’t help to exaggerate the problem, to demonise anyone with a different view and to see danger when it is not there.”

In December last year, now Brexit Party leader Mr Farage quit Ukip after 25-years saying he no longer “recognised” the party, which was being run by Gerard Batten. 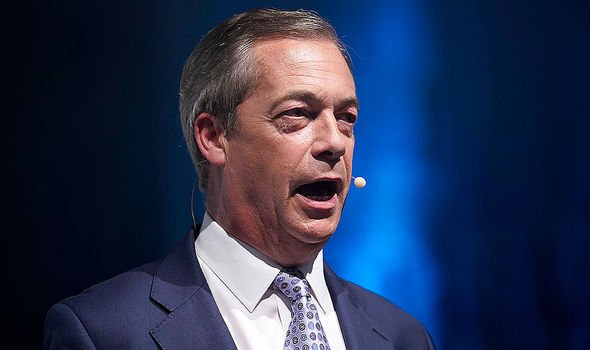 Mr Farage also explained how Ukip was too “obsessed with Islam and Tommy Robinson”.

Writing in the Daily Telegraph, Mr Farage said: “And so, with a heavy heart, and after all my years of devotion to the party, I am leaving Ukip today. There is a huge space for a Brexit party in British politics, but it won’t be filled by Ukip.”

During his speech, Mr Javid also hit out at US President Donald Trump after his attack on four female congresswomen who he told to “go back” to where they “originally came from”.

Addressing Mr Trumps remarks, Mr Javid said: “I’m from an immigrant family, I know what it’s like to be told to go back to where I came from and I don’t think they mean Rochdale.” 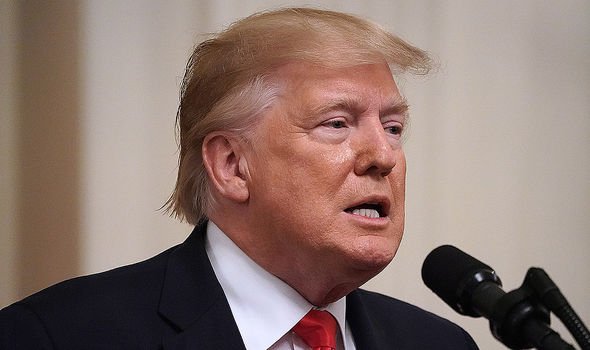 He added: “We must confront the myths about immigration that extremists use to drive divisions.

“We know the scale is exaggerated to stoke up fear and that they use immigration as a proxy for race.

“Anyone can challenge the myths peddled by extremists that deepen divisions.”

In a series of shocking Tweets, the US President Mr Trump told the “‘Progressive’ Democrat Congresswomen, who originally came from countries whose governments are a complete and total catastrophe” to “go back and help fix the totally broken and crime infested places from which they came”.