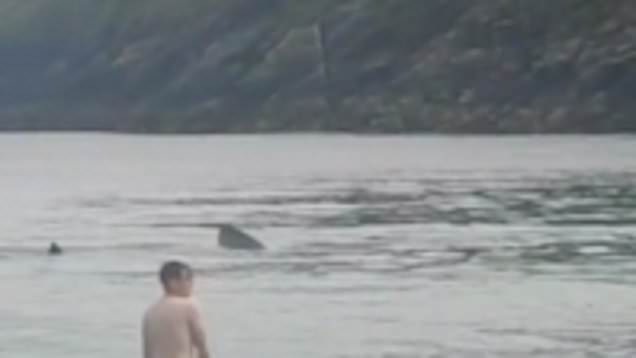 People swimming in the sea didn’t seemed fazed by a pair of sharks cruising past them in the warm weather.

In a video posted on TikTok by user @k.m.m.hairstyles, two basking sharks can be seen swimming in shallow waters off Keem Bay, on County Mayo’s Achill island.

People on the beach can be heard saying: ‘Oh my God,’ as others continue to splash around in the water.

The reason why many people were undeterred by the basking sharks is because they are harmless to humans.

They can grow up to 26ft in length, which may appear scary, but they are not aggressive.

A migratory species, basking sharks can often be spotted off the coast of Britain and Ireland, particularly in the warmer weather.

They don’t hibernate and are active all year round, but in the winter they tend to move deeper into the ocean to feed. 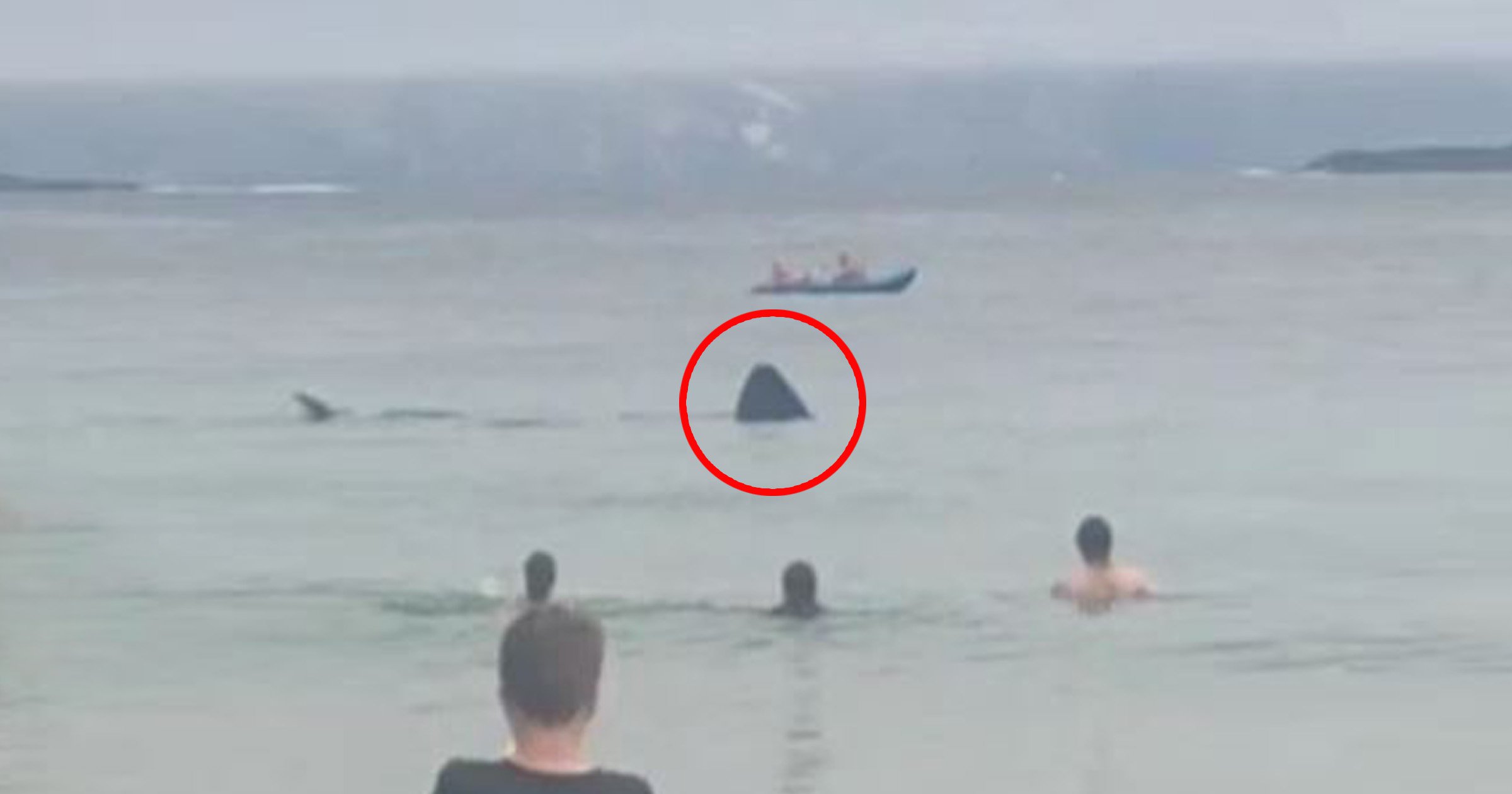 Despite the fact they pose no danger to humans, TikTok users were still left shocked by the video.

One person wrote: ‘I know they aren’t dangerous, but they are still unsettling! Beautiful and terrifying.’

Another said: ‘Welp, I’m never going in the ocean again.’

And a third person wrote: ‘That’s it, I’m not going to Irish beach!’