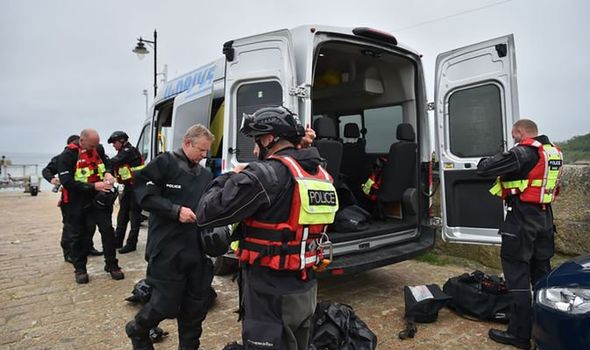 Police confirmed officers carried out a vehicle stop on a car and a van in Hayle, Cornwall, just seven miles from the Carbis Bay Hotel, which is hosting the G7 summit. The vehicles were searched during the stop on Thursday afternoon, and the items were seized.

A spokesman for Devon and Cornwall Police said: “The items and the vehicles have been seized by police as part of ongoing inquiries in relation to this matter.

“We continue to support the facilitation of safe and legal protest but criminal activity and public disorder will not be tolerated.”

There is a high police presence across Cornwall this week due to the G7 summit. Leaders from Canada, France, Germany, Italy, Japan, the UK and the US have met for the 47th meeting of the series.

Unsurprisingly, the battle against coronavirus will take centre stage this year.

In a statement ahead of the event, the British government said: “The UK is taking on the Presidency of the G7 at a critical time for the world, and as we prepare to host the COP26 UN Climate Conference in November.

“With new vaccines offering a way to end the pandemic, we will use our G7 Presidency to fight and build back better from coronavirus.”