Scottish protestors spark fury with ‘England get out of Scotland’ demonstration

A banner reading “England Stay Out of Scotland” was displayed at the demonstration at Edinburgh Airport as passengers emerged from the terminal. The Airport hit out at Action for Scotland for pushing their “brand of hatred” as holidaymakers touched down in the Scottish capital on Thursday evening.

Campaigners staged the demonstration in a bid to prevent coronavirus spreading across the nation.

Their appearance at the airport came on the back of weeks of campaigning for transport links between Scotland and England to be shut down.

The group has also called on the Scottish Government to close the border with England, saying it would protect Scots from the risk of increased coronavirus cases. 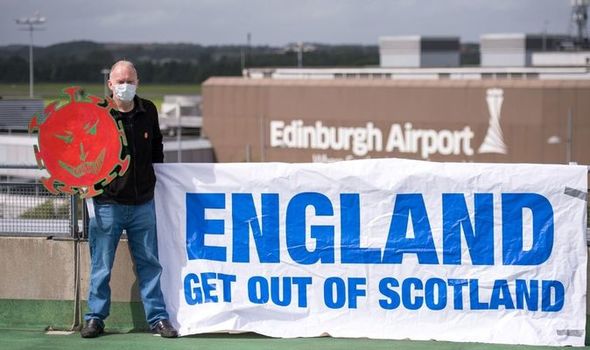 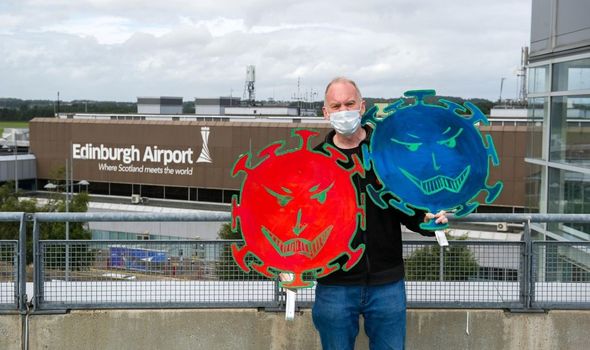 The Airport said: “Today’s protest at the airport was a despicable act.

“This group knows that their brand of hatred would not be tolerated by right-thinking people and chose to sneak in and perpetrate it far from the terminal.

“They do not represent the Scotland we live and work in or the Scotland that is recognised for its friendliness and tolerance across the globe. 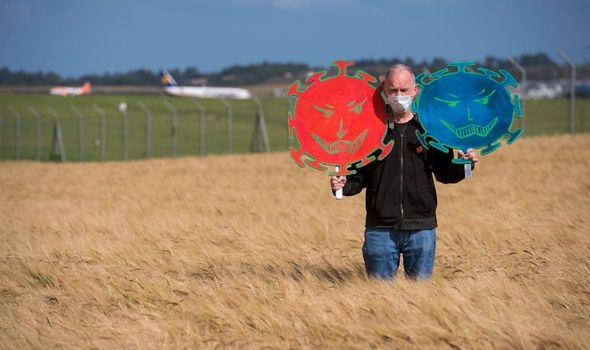 “We condemn them unreservedly and will not accept it.

“We have contacted Police Scotland and asked them to pursue this matter urgently.”

Action for Scotland has claimed the nation is under threat from “irresponsible” English tourists who have descended on the nation as coronavirus lockdowns are lifted.

DON’T MISS
Should Scots living elsewhere in UK get vote in independence ref? VOTE [POLL]
Brexit row erupts between No10 and Scotland as SNP ramps up pressure [ANALYSIS]
Blow for SNP as MAJORITY think independence a distraction [INSIGHT] 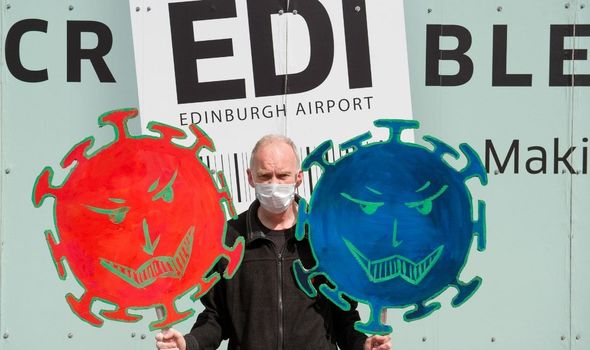 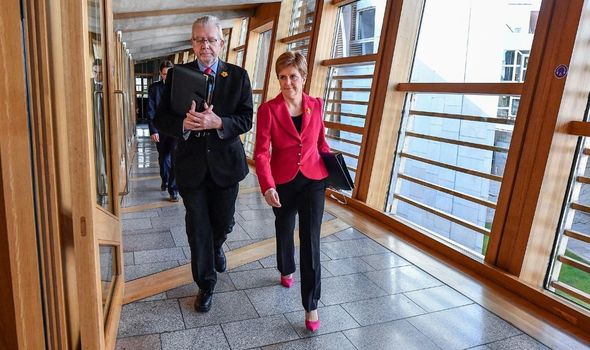 Sean Clerkin, who took part in Thursday’s protest, said the group would continue to pressure the SNP Government to take action against inbound travel.

He said: “We are doing today’s protest to continue our call to the Scottish Government to close the border and all ports of entry for non essential travel from England to Scotland to protect the people Of Scotland from COVID-19.”

In July English tourists heading north of the border were met with another “England Get Out of Scotland” banner as they passed through the boundary. 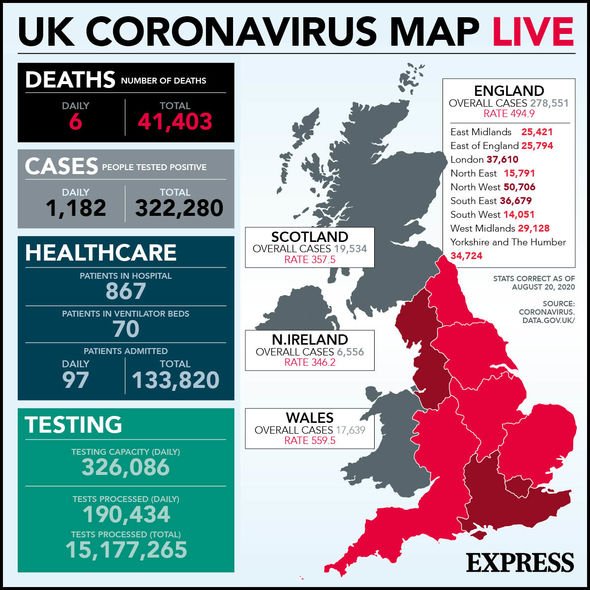 Members of Action for Scotland stationed themselves on the roadside in a bid to deter drivers from continuing further.

Mr Clerkin denied that the protest was anti-English.

He said: “It would be best that people living in England think of others and take staycations in England which is in the best interest of public health.

“The idea that today’s protest is anti English is simply not true. 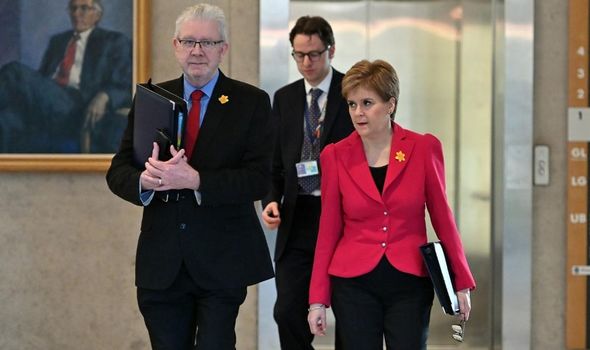 “This protest is purely about protecting the health of the people of Scotland.”

Scotland has a coronavirus death toll of 2,492 while England has recorded 36,763 fatalities.

Since the beginning of the pandemic earlier this year, 19,534 infections have been reported above the border while 278,551 cases were listed in England.