The Scottish politician is on screens today as she fronts a Channel 4 documentary regarding football’s addiction to gambling. She will no doubt take on those inside the gambling industry, which would not be the first time Ms Davidson has had a run-in with an organisation or politician. The former Scottish Tories leader has hit out at Ms Sturgeon, the First Minister in Scotland for her stance on Scottish independence, her economic policy and domestic record. The two rivals also came to blows over Covid policy as Ms Sturgeon urged English people not to travel north of the border.

The Scottish National Party (SNP) chief pleaded with the English not to come to Scotland to “escape the rules in your own area”, as indoor hospitality was shut for a further three weeks in England.

However, the policy was deemed “not enforceable” and “unlawful discrimination”, according to Scotland’s most senior QC. 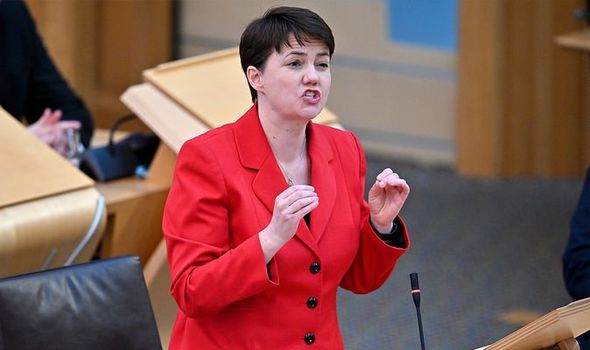 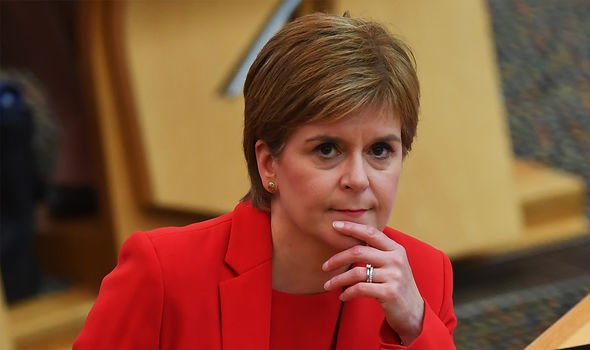 Ms Davidson replied to the tweet suggesting Ms Sturgeon had devised the policy as a “dog whistle”.

She said: “Well, quite. Of course it’s not enforceable in law. But we all know why it was quite deliberately said. #dogwhistle.”

An SNP spokesman said at the time: “We must remain cautious and just as we have in the past asked people in Scotland not to travel to England when hospitality has been open there but not here just to go for a drink or to sit indoors, so we would ask people to consider carefully whether they really need to travel just to use hospitality services that are not yet available in their own area.” 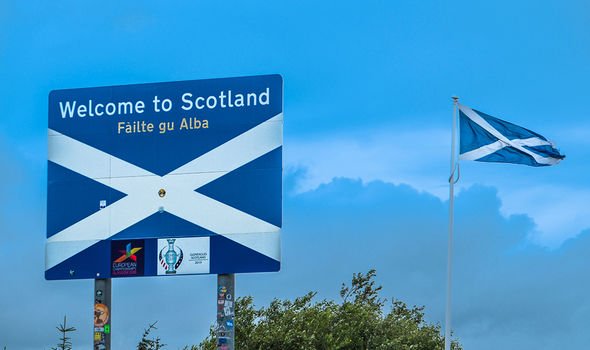 Ms Davidson’s Holyrood career came to an end after Scottish elections on May 6.

She will take up a seat in the House of Lords after accepting a peerage.

She led the Scottish Conservatives from 2011 to 2019 but stepped down after Mr Johnson became Tory leader, citing political and personal reasons for the move.

During First Minister’s Questions recently, Ms Sturgeon mocked Ms Davidson about heading down to the Lords.

However her attack on the Tory went a bit far for the Presiding Officer after he told her to tone the assault down. 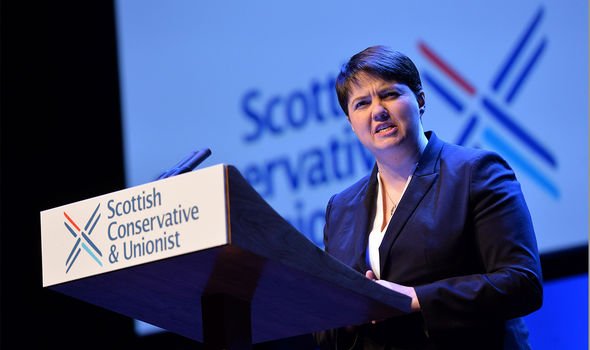 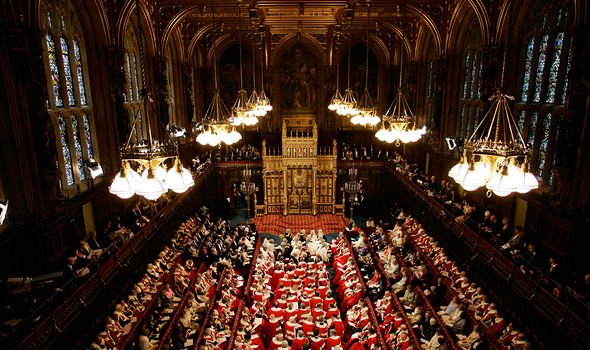 Ms Sturgeon said: “So in the next Parliament I hope to be standing here but that’s up to the Scottish people.

“But while Ruth Davidson is off for taking £300-a-day to sit in the unelected House of Lords, those in this chamber will be getting on with the job of improving education for all.”

Ken Macintosh intervened: “I appreciate this is a political exchange and I always allow some latitude.

“But the First Minister has twice mentioned the House of Lords and I get it and I do understand it.

“However the point has been made I’d rather it wasn’t so personal.”

The documentary was commissioned last month by the terrestrial broadcaster, which had recruited the former minister and journalist to lead an investigation of football’s “intertwined relationship with betting and gambling operators”.

In its synopsis, Channel 4 states that Ms Davidson “asks uncomfortable questions about how we got here?”– as UK gambling awaits the critical judgement of the Government’s review of the 2005 Gambling Act.